Mapping Earth-like planets at a distance of 30 lightyears

To date, more than 200 planets have been discovered outside our own solar system.1 Most of these predominantly large, lifeless, Jupiter-like ‘exoplanets’ were found indirectly through their gravitational effects on their host star. However, direct imaging of habitable Earth-like planets in particular is highly desired in our search for life in the universe. Unfortunately, imaging terrestrial planets is extremely challenging because they are ∼10 billion times dimmer than their host stars. Any detector would therefore immediately lose the planet in the intense glare of the star. A promising approach aimed at avoiding this limitation is the development of the New Worlds Observer (NWO).2–4 This mission will use a specially shaped occulter, known as a starshade, to block direct starlight while allowing reflected planetary light to pass unimpeded. Figure 1 shows a simulated NWO image of the Sun–Earth system at a distance of 30 lightyears. 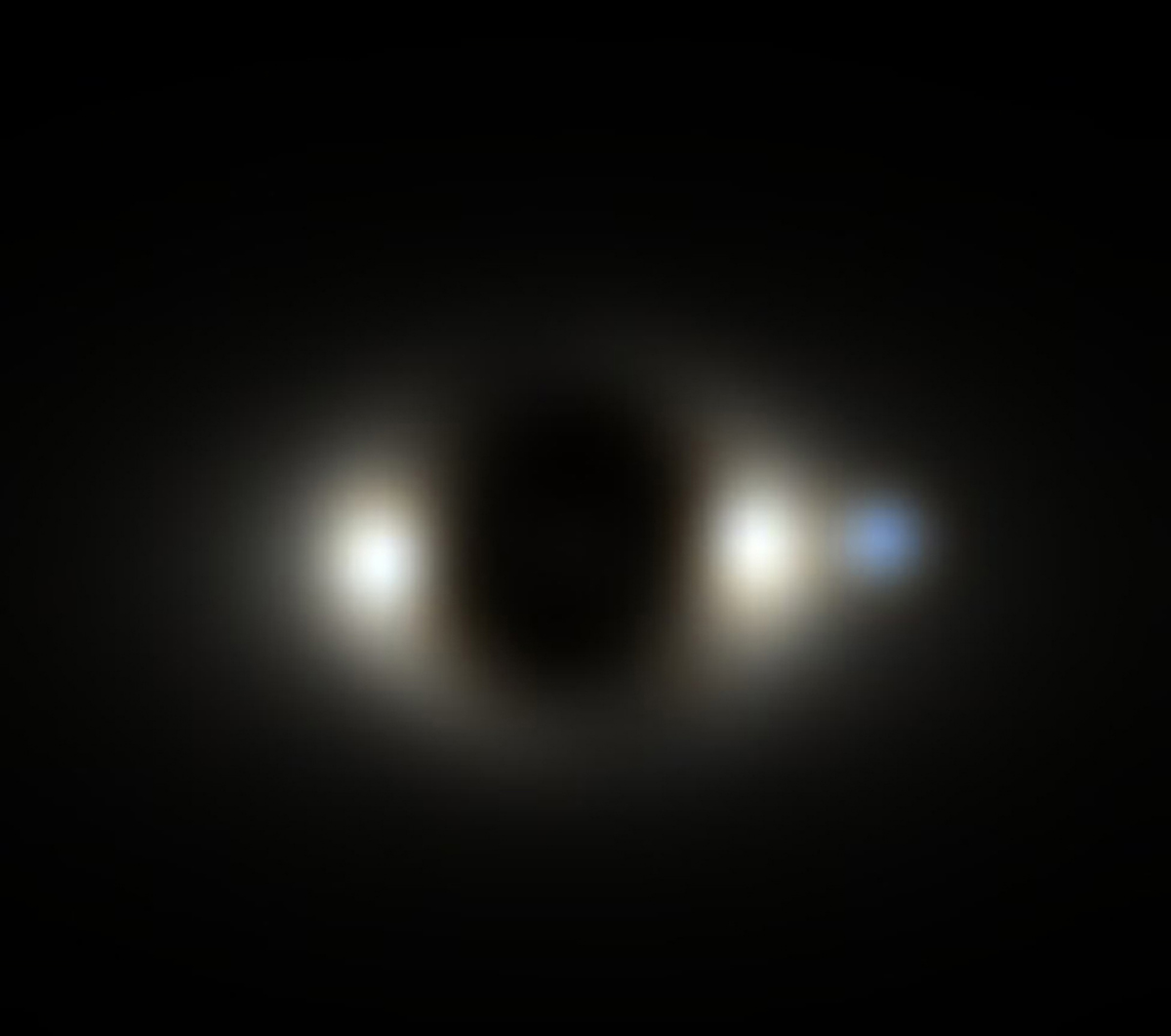 Figure 1. Simulated New Worlds Observer image of an Earth-like planet at a distance of 30 lightyears. The white ring is dust in the stellar system, reflecting starlight under an angle of 30°. The central black disk is the shadow cast by the starshade. The Earth-like planet is the object with the familiar blue hue.

Once a terrestrial planet has been discovered, its orbital parameters, temperature, and atmospheric composition will be determined for comparison with the equivalent properties of our own planet. This will hopefully result in the discovery of a ‘sister’ Earth. However, even with this data we still lack critical information about the object's nature. Is there liquid water on its surface? What are the main surface features? How long does a day last (i.e., how fast does it rotate)? Because of its distance the planet will appear as an unresolved ‘pale blue dot.’ Nevertheless, we can search for biosignatures (e.g., oxygen or water) in its atmosphere. If the surface is characterized by different albedos (e.g., highly reflective snow versus dimmer soil), the overall brightness will vary as continents and oceans rotate through their daily cycle and reflect the starlight, thus allowing us to infer information about these surface features without actually seeing them.

Modeling such brightness variations, a fairly recent development,5–7 involves creating a planetary model with realistic terrain and reflectance properties. We have refined this through the inclusion of additional empirical data on historic global cloud, snow, and ice coverage, and of detailed descriptions as to how intensely different surfaces (such as grass, snow, and desert) reflect sunlight. By running these models through the NWO optical system, we can begin to assess what kind of information we will be able to derive from our first terrestrial-exoplanet observations.

To calculate the disk-averaged reflectance, we pixellate Earth at a resolution of 1°×1° in latitude and longitude. We assign each pixel a specific terrain type on the basis of global maps updated daily (to account for snowfall and arctic-ice variation). The model's cloud coverage, based on data from the International Satellite Cloud Climatology Project,8 is updated every 3h to account for evolving weather systems. We determine the orientation of each pixel relative to the sun and the observer and use empirical bidirectional reflectance-distribution functions9 to calculate the reflectance. In Figure 2 we show a 7-day simulation at crescent phase. 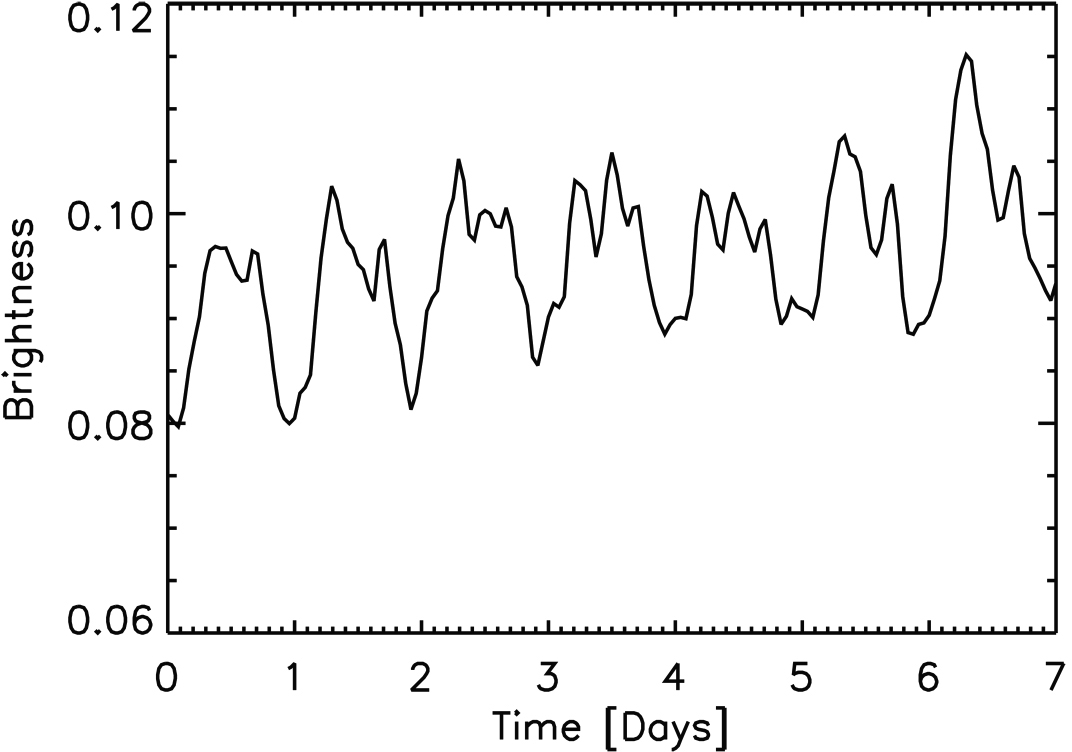 Figure 2. Seven-day simulation of the overall brightness of an unresolved distant terrestrial planet (in arbitrary units). The repeating pattern allows us to derive the planet's rotation rate. The average brightness increases with time as the planet orbits toward a fuller phase.

Determining the rotation rate is straightforward. Although the brightness varies on short timescales due to changing cloud cover and random photon noise, the principal 24h period will be easy to derive. The degree of difficulty in obtaining the latter depends on the distribution of zodiacal dust, the object's brightness and distance, and the NWO's optical specifications. The chance of a successful rotation-rate determination from a 5-day observation is on the order of 30–80%, with increased probabilities for repeated or longer visits. One particularly problematic false-positive result will be the derivation of a 12h rotation rate caused by the alternating ocean–continent layout characteristic of Earth. Given a surface with repeating features, this confusion is expected to be quite common. However, autocorrelation analysis can break this degeneracy and is thus generally preferable to fast-Fourier transformation. 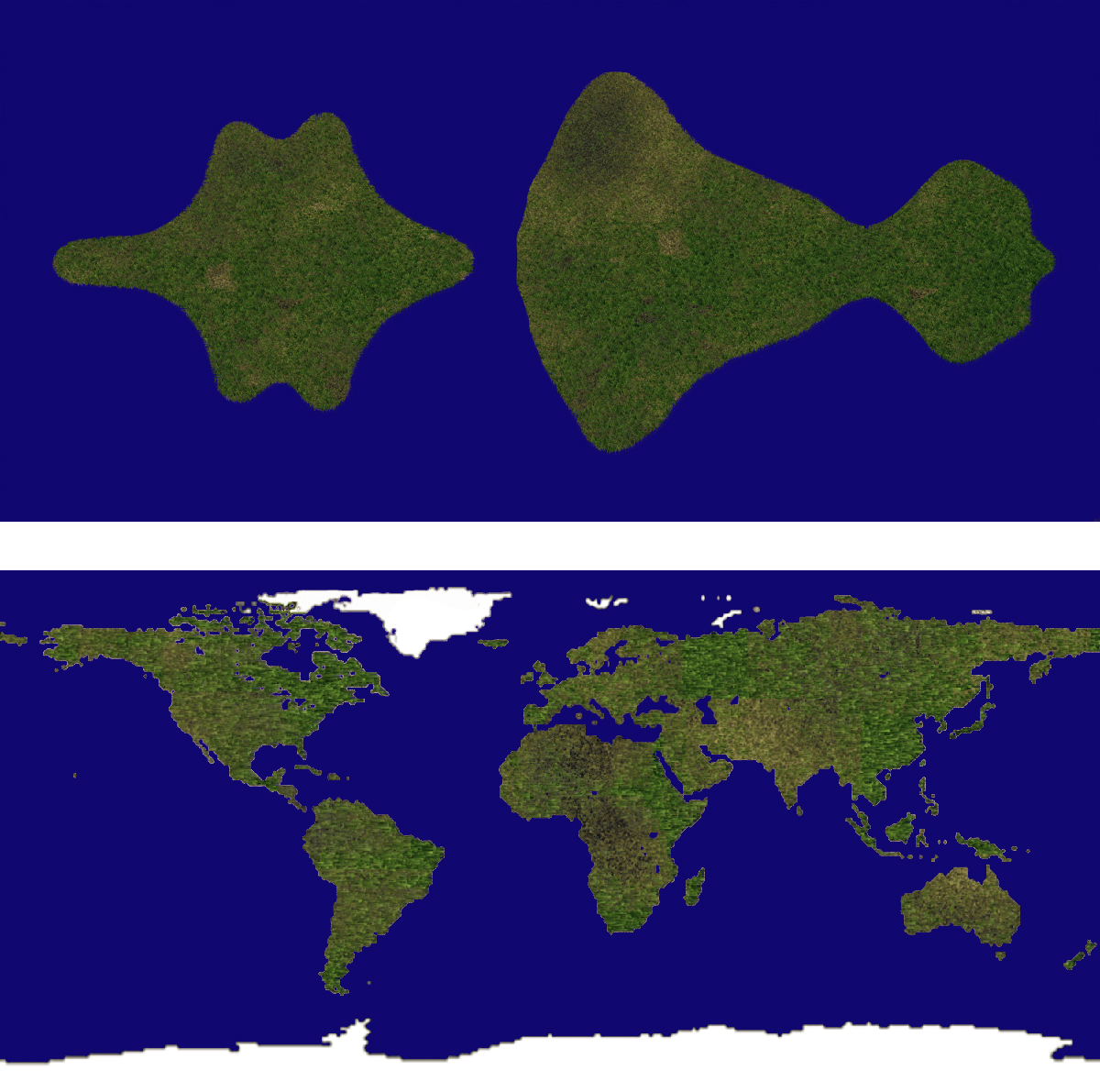 Figure 3. Best inversion achieved for our unresolved Earth model. The result is sensitive to minor features such as the separate American continents and the bright Sahara desert. Texture and soil are purely aesthetic additions. The inversion only distinguishes land from water.

Any change in a planet's surface terrain will also impact its overall reflectance. Thus, during the transition to winter one will notice a rise in brightness due to the increase of snow and ice cover. One of the key refinements we have made to previous models is to include daily snow- and ice-coverage data. The higher albedo associated with increased snow coverage results in a larger number of reflected photons by up to 20%, depending on the viewing geometry. This type of seasonal evidence will provide an indication of the planet's temperature range and thus represents another test of its potential for hosting life.

We can also use the brightness variations to crudely map the surface features. Inversion of the reflectance curve allows locating water and land masses on the surface. The specular reflection of water is particularly important because it results in noticeable spikes in the light curve. Color, spectroscopic, and polarimetric information will also contribute usefully. These maps can only resolve details in the direction of rotation (roughly along the longitude axis). The technique is insensitive to variations in latitude, thus leading to continents being placed on the equator. One of our more successful inversion attempts is shown in Figure 3.

As future refinements, we intend to include more detailed and accurate measurements of how particular surfaces on Earth reflect as well as to create model planets for testing our analytical method.

Phil Oakley is a PhD student and a member of the NWO team. He is interested in the search for exoplanets and their characterization, and in the use of external occulters (starshades) to achieve high-contrast imaging. His current work involves image simulations aimed at assessing the NWO's capabilities.

Webster Cash is a professor and principal investigator of the NWO mission. He started his career working on x-ray instrumentation, particularly onboard sounding rockets. He designed off-axis grating arrays enabling high-resolution x-ray spectroscopy and developed the concept of external occulters.