An example of one basis function for the one-dimensional waveform of Fig. 1.3 is shown in Fig. 1.4. The spatial period X (crest-to-crest repetition distance) of the waveform can be inverted to find the x-domain spatial frequency denoted by ξ ≡ 1/X. 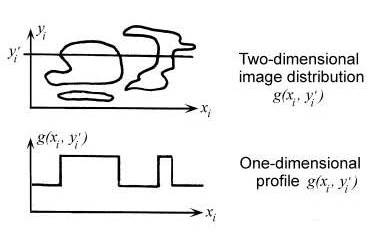 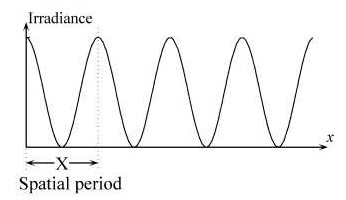 Fourier analysis of optical systems is more general than that of timedomain systems because objects and images are inherently two-dimensional, and thus the basis set of component sinusoids is also two-dimensional. Figure 1.5 illustrates a two-dimensional sinusoid of irradiance. The sinusoid has a spatial period along both the x and y directions, X and Y respectively. If we invert these spatial periods we find the two spatial frequency components that describe this waveform: ξ = 1/X and η = 1/Y. Two pieces of information are required for specification of the two-dimensional spatial frequency. An alternate representation is possible using polar coordinates, the minimum crest-to-crest distance, and the orientation of the minimum crest-to-crest distance with respect to the x and y axes. 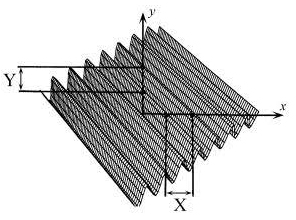 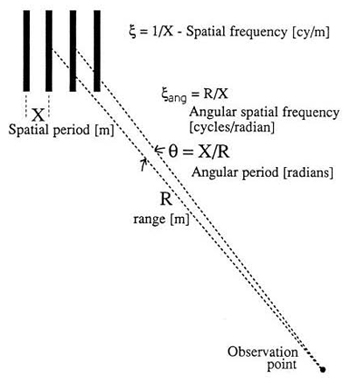