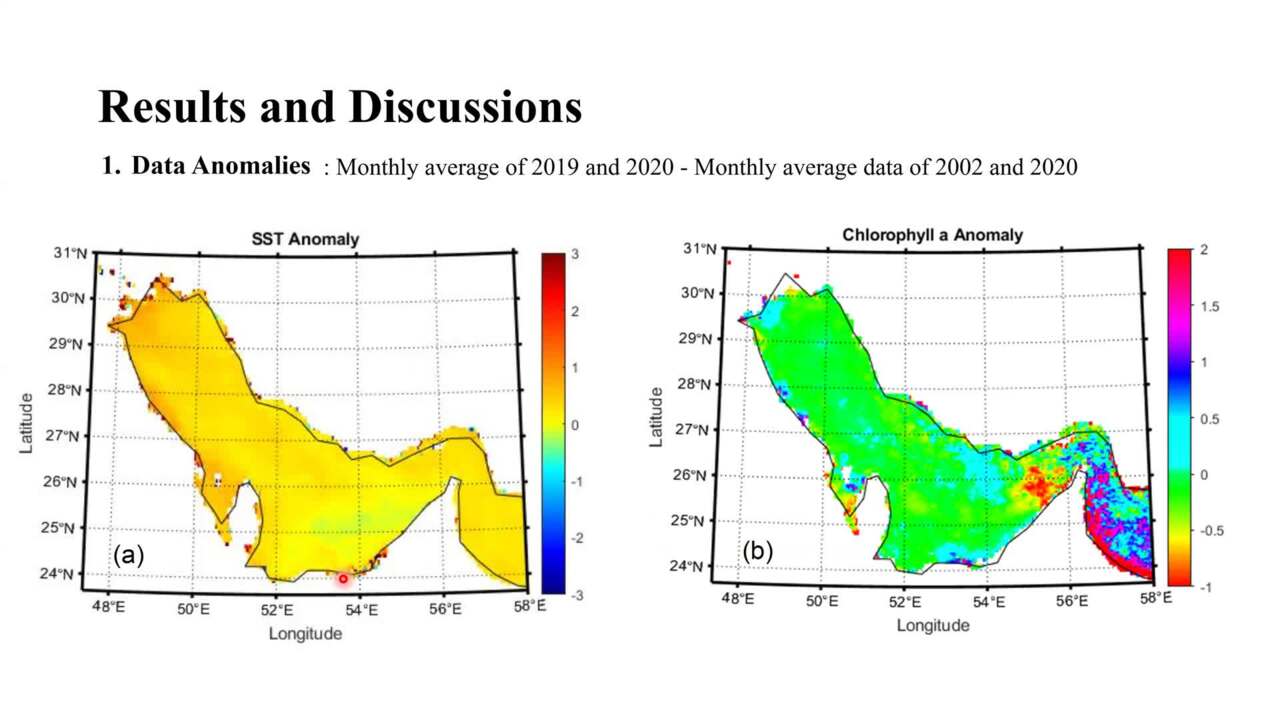 The Arabian Gulf is characterized by high water scarcity and quickly growing populations over the years. This led to increase of desalination plants in the coastal areas surrounding it. The aim of this paper is to study the effect of the brine discharge from the desalination plant on the water quality of the Gulf over the years. Remote sensing data was collected for Chlorophyll-a (Chl-a) and Sea Surface Temperature (SST) for the period from 2002 to 2020, while Sea Surface Salinity (SSS) was tracked from 2010 to 2019, obtained from SMOS. Anomalies' graphs for each parameter were obtained and K-mean clustering was used. Additionally, seasonal Mann Kendall Test and time-series analysis were performed at three desalination plants for SST prediction. SST has generally increased especially on the coast inside and outside the Gulf, As for Chl-a, it had a less uniform change, but it had shown an increase outside the Gulf and a decrease inside it with the exception of some coastal areas. K-means clustering generated a best fit with 7 clusters on the map. The most predominant clusters were 1, 3, 4, 6, 7 representing the east of the gulf and the simulated area outside the gulf, coastal areas inside the gulf, the western side of the gulf, and the neck of the gulf and the coastal areas. It can be concluded that there are changes in SSS, Chl-a and SST over recent years in the Gulf. Moreover, SSS data needs further investigation with higher resolution and model enhancement.