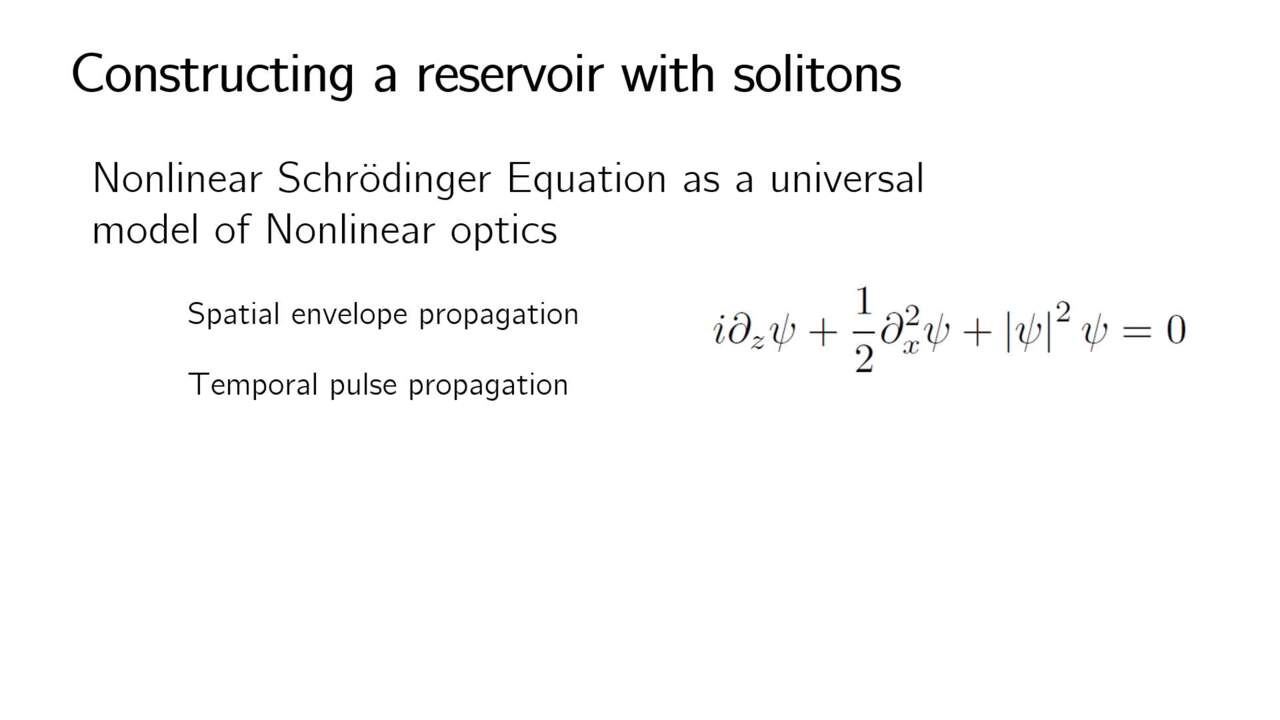 The need for faster and energy-efficient computing technologies has recently pushed for major developments on alternative computing paradigms to the common von Neumann architecture. Amongst those, reservoir computing framework is an emerging concept that leverages a simple training process and eases transference to hardware implementations, allowing any given nonlinear physical system to act as a computing platform. In this work, we explore how we can make use of a discrete chain of solitons to create an effective reservoir computing framework, investigating not only the ability to learn data but also to predict models depending on the strength of the nonlinear interaction of the media. Probing the role of the nonlinear separation for tasks involving nonlinear separable data, these results open new possibilities for a multitude of physical implementations in the context of optical sciences, from optical fibers to nonlinear crystals.