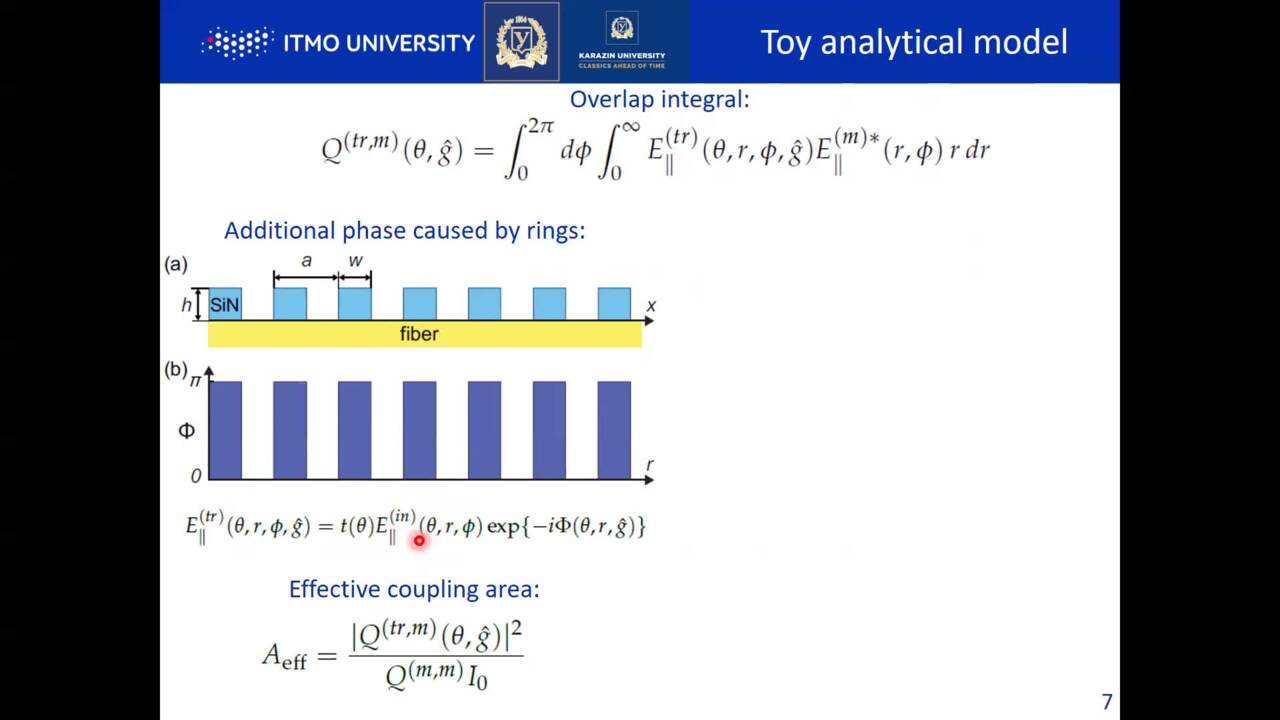 Coupling of light into optical fibers is important for many applications, while for commonly used step-index optical fibers it massively drops for oblique incident angles <15 degrees, limiting their operational range to a narrow angle interval. In this work, we address this issue via inclusion of dielectric concentric ring-type nanostructures located in the core region of commercially available step-index fibers. Modification of fiber facet with the optimized ring-like nanostructure leads to polarization- and azimuthally-independent enhancement of in-coupling efficiency across the entire angle interval from 15 to 85 degrees. We develop the analytical model and show the percent-level of light in-coupling efficiency even at angles as large as 70 degrees, addressing a domain that is out-of-reach for fibers with unstructured end faces. The main result of this work is the enhancement of the in-coupling efficiency at large incident angles (<30 degrees) by several orders of magnitude with respect to a bare fiber. The results obtained are promising for any application that demands to remotely collect light under large angles, such as in-vivo spectroscopy, biosensing or quantum technology.