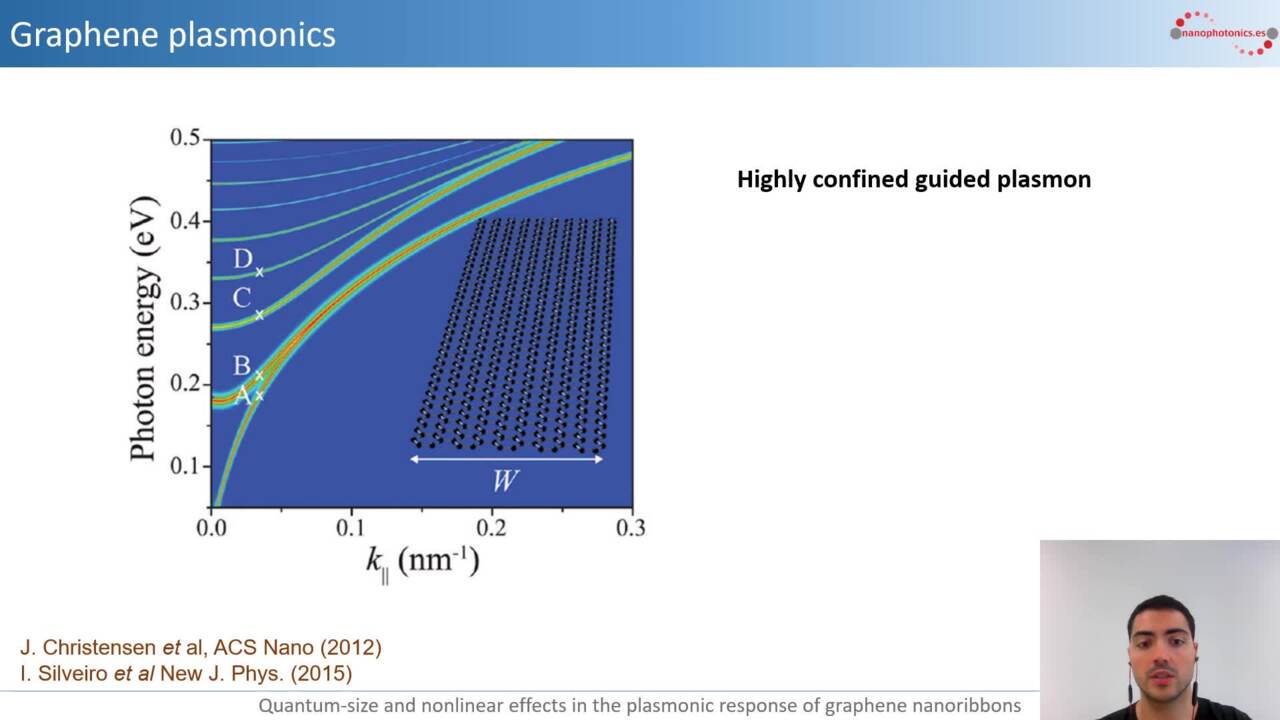 Graphene nanoribbons provide the means to excite surface plasmon upon direct excitation, avoiding then the momentum mismatch in extended graphene. We describe those collective modes employing a rigorous quantum-mechanical simulation, which accounts for nonlocal, quantum finite-size, and edge-termination effects manifested in the optical response. Our simulations reveal a strong dependence on such phenomena for excitation with a high optical momentum component along the direction of transverse symmetry in both the linear and nonlinear optical response, wherein particular second-order nonlinear phenomena are found to manifest with high efficiency due to the breaking of inversion symmetry. These results can be employed to describe emitters, as two-level atoms, close by used to excite and determine the nonlinear dynamics originated by those plasmons in the graphene nanoribbons.

27:49
Plasmonics around the clock: from a new chiral optical effect to applications in quantum optics Ventsislav Kolev Valev