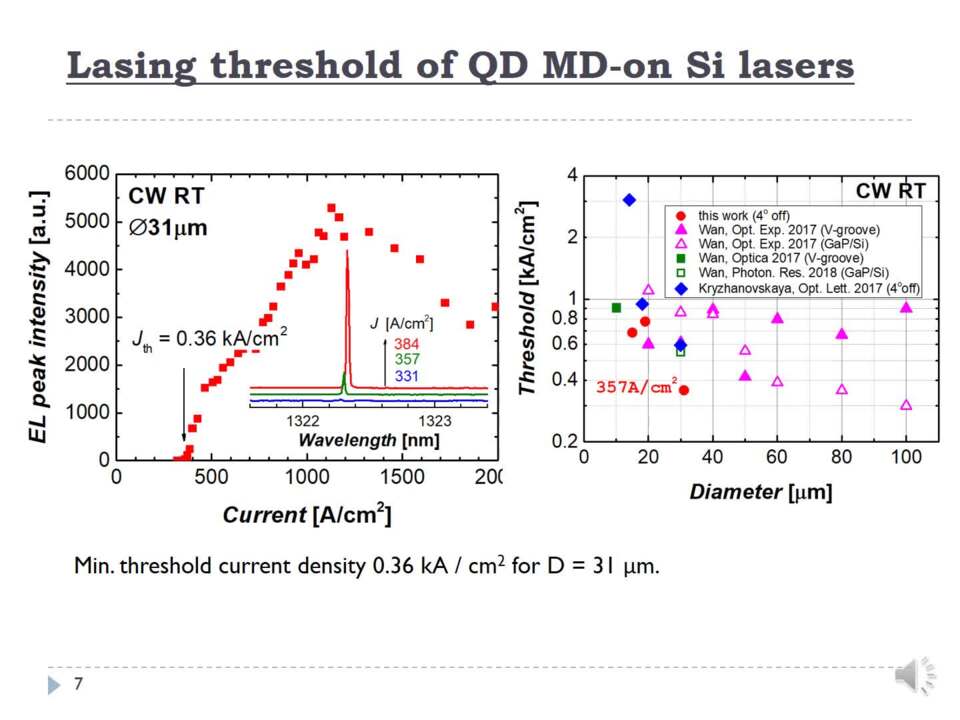 A method of hybrid integration of quantum dot microdisk lasers with silicon wafer is proposed and realized. In addition to the possibility of combining microlasers with various silicon-based electronic and photonic devices, this makes it possible to significantly improve heat removal from the active region of the microlaser. The thermal resistance normalized to the mesa area reaches the level of about 0.002 (K/W)*cm2, which is significantly lower than the corresponding values of QD microlasers on GaAs substrate and monolithically grown on Si. As a result, the threshold current as well as current-induced shift of emission wavelength are reduced in continuous-wave regime.