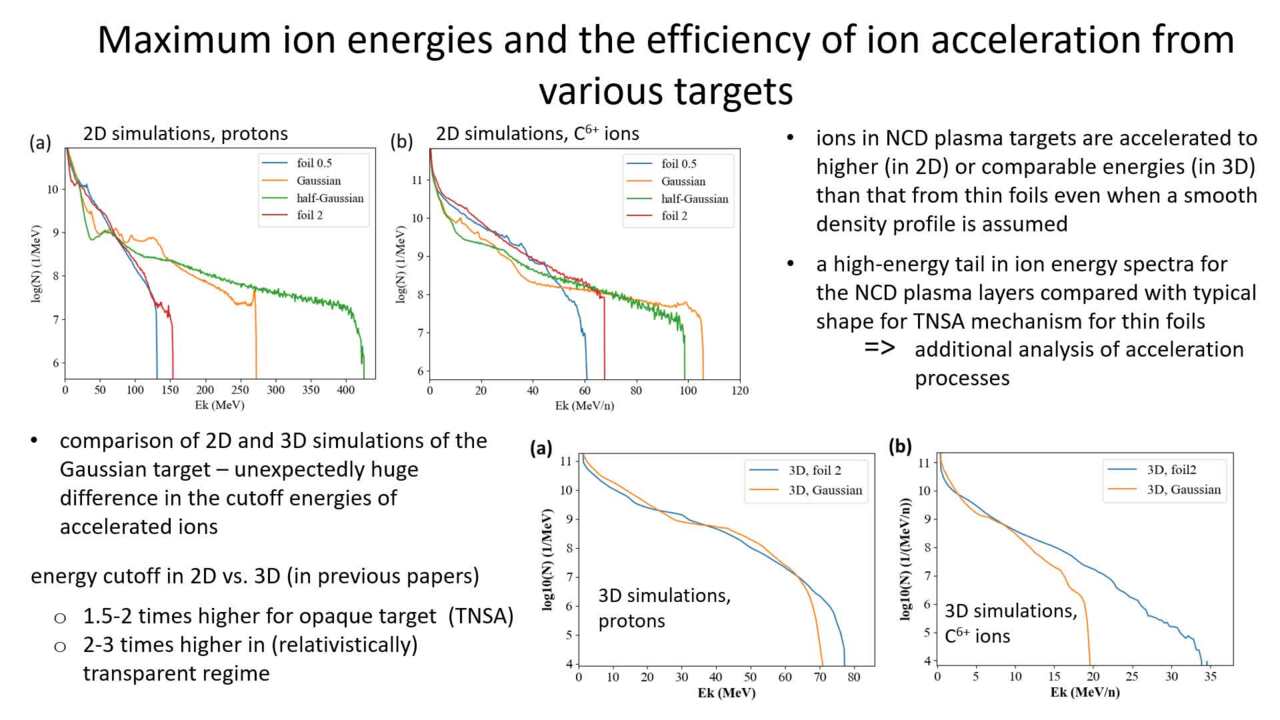 Laser-driven acceleration of ions from near-critical density plasma layer, initially inhomogeneous in density in one spatial dimension (along laser propagation direction), was investigated in multidimensional particle-in-cell simulations. Tracking of high-energy accelerated ions in these simulations reveals the evolution of accelerating fields affecting the particles. While the acceleration of ions occurs in a short time interval when a steep (infinite) density gradient was introduced at the back side of the plasma layer, three phases of ion acceleration can be clearly observed when a smooth (Gaussian) density profile was assumed. These phases are attributed to the accelerating field generated by electron bunches carried by the laser wave, by expanding transverse magnetic field, and by the apex of electron filament behind the laser wave, respectively. The accelerating field affecting the most energetic ions has unexpected local maxima about 50 fs after the moment when ultrashort (30 fs) laser pulse completely left the plasma with Gaussian density profile due to this electron filament apex created behind the transmitted laser pulse. Full 3D simulation confirms the observations in 2D simulations in terms of ion acceleration mechanisms. However, it shows a substantial reduction of maximum achievable ion energies and a larger angular spread of accelerated ions compared with 2D approach, which demonstrates the necessity of using computationally demanding full 3D geometry for similar numerical studies.