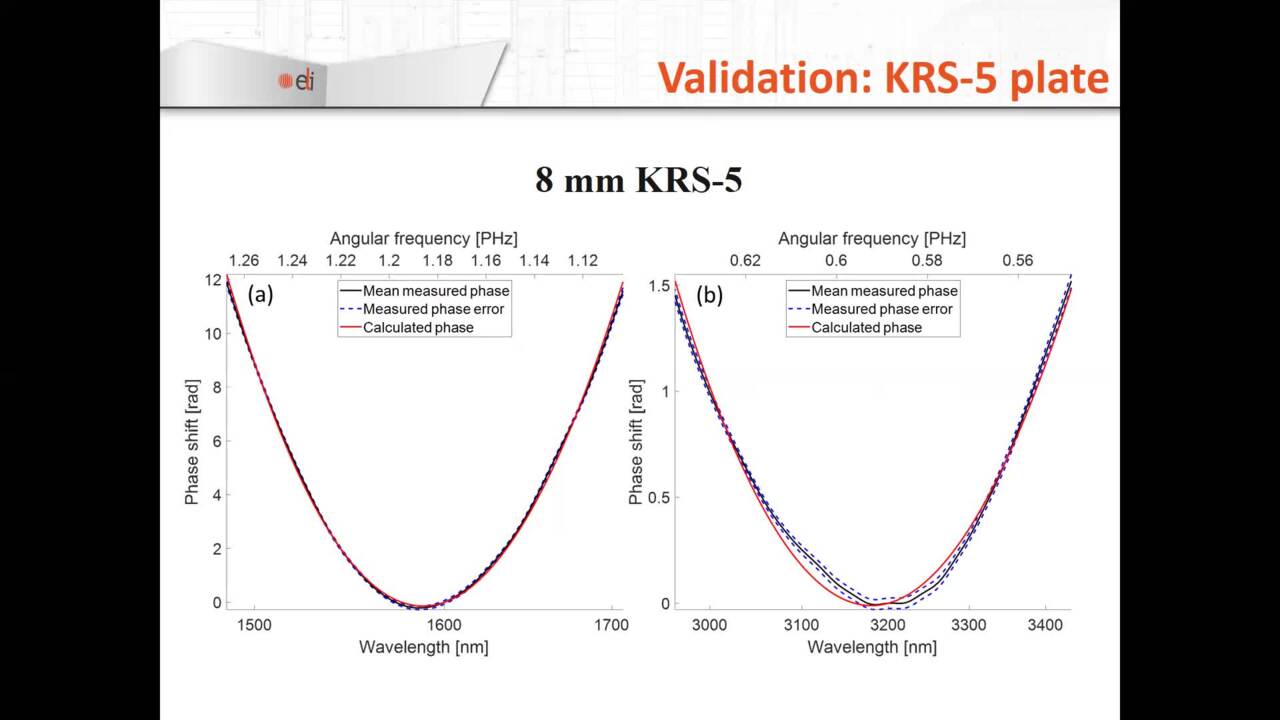 One of the most widespread and reliable techniques for spectral phase characterization of optical elements is spectrally resolved interferometry (SRI), which utilizes a two-arm interferometer illuminated by a broadband light source and a spectrometer to record the generated spectral fringes, which are usually evaluated by using Fourier-transform-based methods. One detriment to these methods, that they require high spectral resolution. Considering that most of the spectrometers in the mid-infrared (MIR) region have typically a few nm spectral resolution, we propose two alternative methods for measurements in this spectral region, second harmonic assisted SRI (SH-SRI) and dual-band SRI. The SH-SRI method utilizes second harmonic generation, which allows for high-precision phase retrieval by shifting the detection range from the MIR regime to the near-infrared, where high-resolution spectrometers are commercially available. The dual-band SRI method has the capabilities of the SH-SRI, while simultaneously probing the optical element at the second harmonic frequency band as well. Using the Fourier transform method, the acquired phase can be obtained from a single interferogram at both frequency bands simultaneously, which effectively doubles the measurement bandwidth compared to the original SRI and the SH-SRI without increasing the requirements on the bandwidth and the resolution of the spectrometer. To determine the performance of these new schemes, we have measured the spectral phase shift of several optical windows with both SH-SRI and dual-band SRI. Their accuracy was significantly higher than that of the conventional SRI technique that relied on low-resolution spectrometers operating in the MIR region. We used the SH-SRI technique also to verify the phase performance of custom-made MIR dispersive mirrors, designed with specific dispersion characteristics. With the dispersive mirrors, we were able to compress our spectrally broadened pulses to 19.6 fs (<2 cycles) at 3170 nm central wavelength with 8.2 W average power.

M. Kurucz
ELI-ALPS (Hungary), Univ. of Szeged (Hungary)
He is working at the ELI-ALPS institute since 2015. Also he is a PhD student at the University of Szeged. He specializes in ultrafast physics and mid-IR lasers.
Also in the session