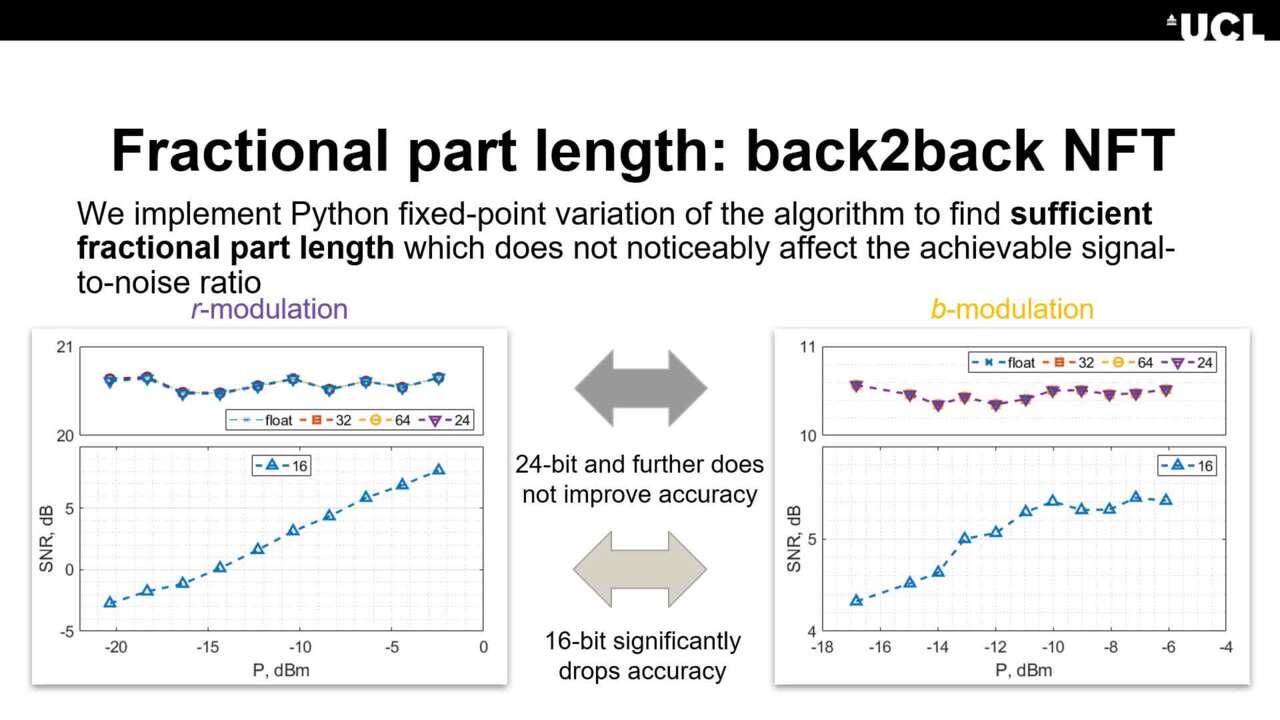 The nonlinear Fourier transform (NFT) based signal processing has attracted considerable attention as a promising tool for fibre nonlinearity mitigation in optical transmission. However, the mathematical complexity of NFT algorithms and the noticeable distinction of the latter from the “conventional” (Fourier-based) methods make it difficult to adapt this approach for practical applications. In our work, we demonstrate a hardware implementation of the fast direct NFT operation: it is used to map the optical signal onto its nonlinear Fourier spectrum, i.e. to demodulate the data. The main component of the algorithm is the matrix-multiplier unit, implemented on field-programmable gate arrays (FPGA) and used in our study for the estimation of required hardware resources. To design the best performing implementation in limited resources, we carry out the processing accuracy analysis to estimate the optimal bit width. The fast NFT algorithm that we analyse, is based on the FFT, which leads to the O(N log22 N) method’s complexity for the signal consisting of N samples. Our analysis revealed the significant demand in DSP blocks on the used board, which is caused by the complex-valued matrix operations and FFTs. Nevertheless, it seems to be possible to utilise further the parallelisation of our NFT-processing implementation for the more efficient NFT hardware realisation.

Anastasiia Vasylchenkova
Univ. College London (United Kingdom)
Dr Anastasiia Vasylchenkova received her BSc and MSc in theoretical nuclear physics from Kharkiv National University, in 2014 and 2016, respectively. She received her PhD degree in optical communications at Aston University, Birmingham, UK. Anastasiia is active as a science communicator and educator. She is acting as a UK representative of the International Physicists' Tournament. Her research interests widen including nonlinearity mitigation, signal processing, analytical modelling and machine learning for optical communications and networking.
Also in the session