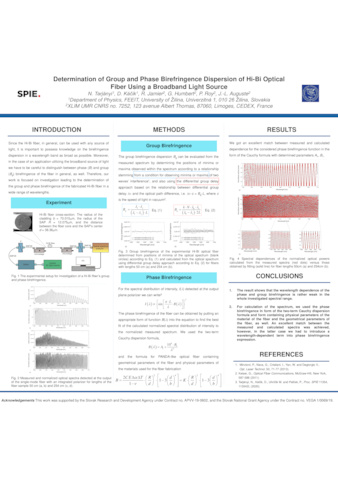 N. Tarjányi
Univ. of Žilina (Slovakia)
Norbert Tarjányi is an associate professor at the Department of Physics, Faculty of Electrical Engineering and Information Technology, University of Žilina, Slovakia. He received his MS and PhD degrees from the University of Žilina in telecommunication engineering in 1999, and in physics of condensed matter and acoustics in 2004, respectively. His current research interests include photoelasticity of polymers and birefringence. He is a member of European Physical Society.
Also in the session