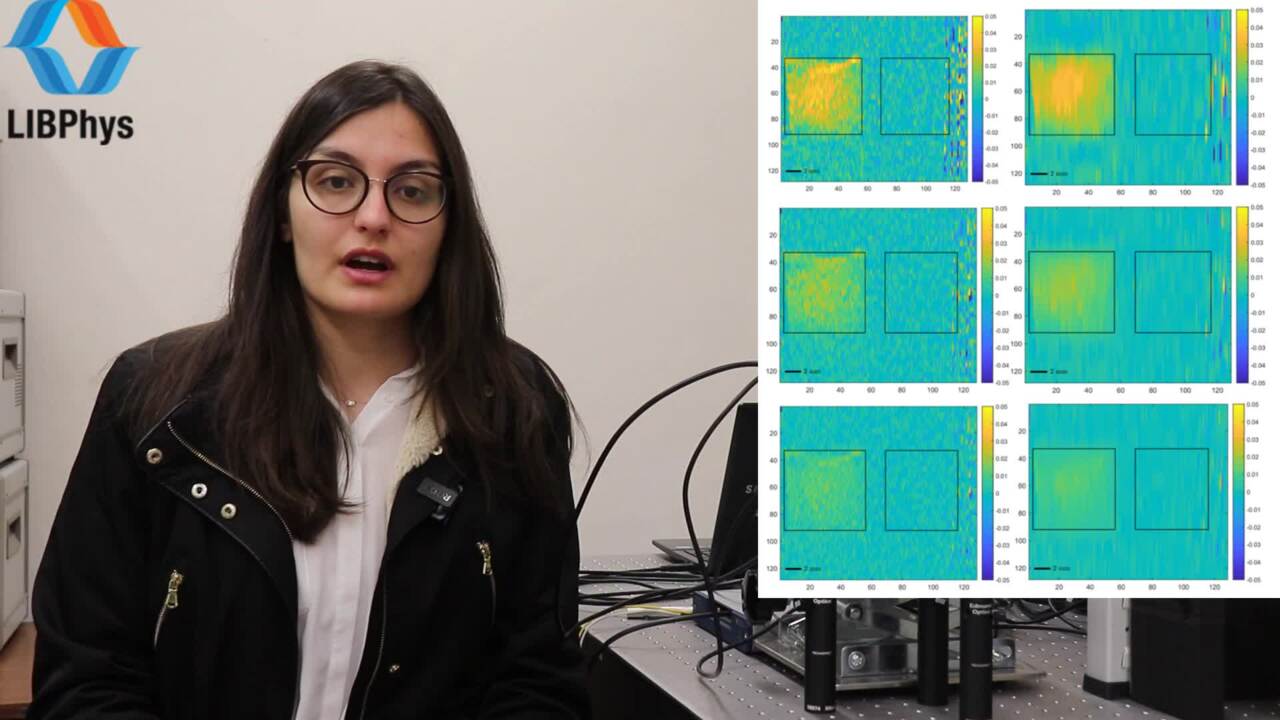 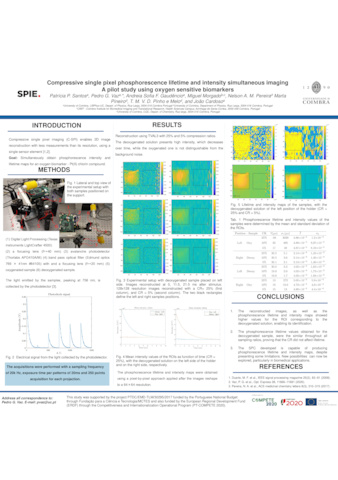 Compressive single pixel imaging (C-SPI) is a novel imaging technique able to reconstruct images using only a single pixel detector and a partial measurement of the scene. This technique uses different structured illumination, generated by a spatial modulator, to illuminate the scene and measures the reflected or transmitted light intensities. This compressive stage allows for a sub-Nyquist set of measurements, which significantly increases the technique efficiency, while maintaining a good reconstruction image quality. An experimental setup was developed to study the ability of C-SPI to determine the lifetime and mean intensity of an oxygen sensitive biomarker (Pt(II) ring-fused chlorins). This biomarker phosphorescence is quenched in the presence of oxygen resulting in smaller intensity and lifetime. A structured illumination system was used to stimulate the sample with Hadamard patterns, in the range between 428 nm and 620 nm, while a photodiode collected the emitted light peaking at 756nm. The imaged scene was composed of two toluene solutions with the same biomarker concentration (1 μM), one in the presence of oxygen and the other in its absence. The images were reconstructed using total variation minimization by augmented lagrangian and alternating direction algorithms (TVAL3) with compressive ratios of 25%, 10% and 5%. The proposed method was able to spatially locate the sample contained in a deoxygenated environment in two distinct spatial locations. The deoxygenated sample lifetime and mean intensity of the reconstructed images were, respectively, approximate 20 μs and 2.1×10-3 AU, for the first location, and 20 μs and 4.0×10-3 AU for the second location. Regarding the oxygenated sample, the results were scattered in a long range for lifetime but achieved a mean intensity of approximately 4.8×10-5 AU. Consistent results were obtained for the three compression ratios without major loss in image quality. The proposed method showed that SPI has the ability to perform simultaneous phosphorescence lifetime and intensity imaging. The introduction of compressive sensing makes this technology more attractive to practical applications because it lowers the amount of time necessary to image the sample. The C-SPI is a simple and less expensive technique because it dismisses the use of a fast two dimensional detector (CCD) and the associated electronics, as well as mechanical scanning procedures. Also, multiple single pixel detectors, sensitive to different wavelengths, can make these instruments versatile and allow for simultaneous phosphorescence biomarkers analysis. The next steps in the research will be to study changes in the sample concentration and different percentages of dissolved oxygen.

Patrícia P. Santos
Univ. of Coimbra (Portugal)
Patrícia Pinto dos Santos was born 1998, in Coimbra. She is a finalist biomedical engineering student, currently doing her master’s degree in Biomedical Instrumentation at the University of Coimbra.
Also in the session

5:40
Determination of a statistical lack of volume matter by resonance principle: experiential approach and modeling B. Bêche, et al.