Taking Optical Precision to the Extreme

The history of R & D is full of unexpected benefitssituations in which work done for one purpose turns out to be useful for others, some of which may have a more immediate economic payback than the original project. One recent example is the intensive development work on optics for extreme UV (EUV) microlithography. This technology, which has breakthrough potential for the semiconductor and nanotechnology industries, places extreme demands on our ability to apply, measure, and polish optics ranging from flats to complex aspherical surfaces.

Although EUV lithography is still a developmental technology for chipmaking, the optical fabrication methodologies developed and optimized by our teams over the last decade are paying dividends in a range of extreme-precision optical applications, including longer-wavelength (UV) lithography and inspection, and astronomy and other low-scatter, extreme-resolution imaging applications.

The industry has long known that the demands of semiconductor lithography optics provide a significant driver for continuous improvement of optical manufacturing and metrology. Indeed, the ultimate EUV lithography requirements drive the requirement to polish and measure optical surfaces to 0.1 nm rms (see figure 1). These technology and metrology advances not only further the science of precision optics but provide more economical manufacturing solutions and greater confidence for the end user. 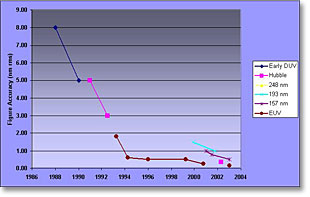 Developing the capability to produce EUV optics to the required surface figure, mid-frequency error, and surface roughness required a much more rigorous understanding than previously available of the physics and chemistry of the optical manufacturing process. It also required improvements to computer-controlled fabrication and metrology technology. To meet these requirements, we developed proprietary computer-controlled optical surfacing (CCOS) technology and complimentary metrology that enables optical-surfacing accuracy to better than 0.1 nm rms. Theses new technologies also enable more economical and precise manufacturing of aspheric surfaces, and can be applied to novel optical designs to minimize wavefront errors. 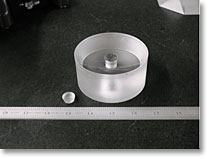 The specifications for the 10X optics covered spatial periods ranging from the full aperture to 0.00002-mm. To fully characterize the surfaces, the team used a series of metrology instruments, including a Fizeau interferometer (clear aperture to about 0.3 mm), a mid-frequency proprietary interferometer called the sub-aperture surface-height interferometric measuring instrument (SASHIMI, for the 5-mm to 0.3-mm band), a phase-measuring microscope (PMM, using a 10X and 50X objective to cover the 0.3-mm to 0.001-mm band), and an atomic force microscope (AFM, for about 0.002-mm to 0.00001-mm band). We developed the SASHIMI instrument to bridge the gap between figure metrology and PMM and provide surface information over the relevant waveband.

Accurate interferometric metrology is the cornerstone of precision optical fabrication, giving confidence to both the manufacturer and the customer regarding the quality of optical products. The requirements for many of today's optics are beyond the inherent accuracy of commercial out-of-the-box interferometers, however. Calibrating the interferometer relative to a known standard provides a common method for performance verification. The accuracy of the standard thus becomes the limiting factor. Most commercially available standards are limited to about λ /20 (at λ = 632 nm) peak-to-valley accuracy levels. 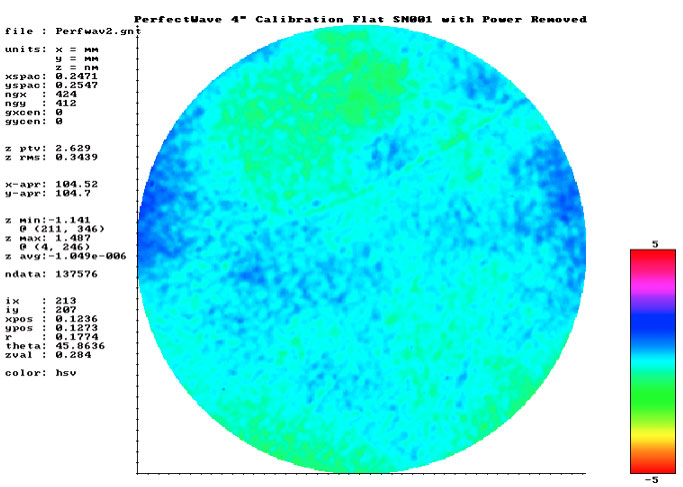 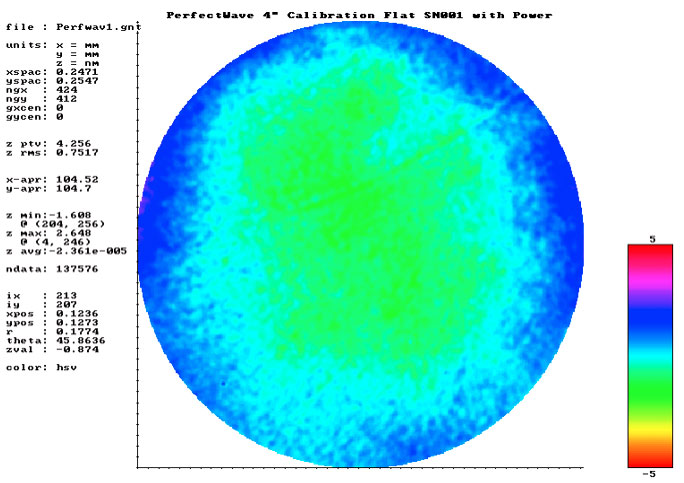 By applying the same CCOS technologies used to make the EUV optical components, to the production of optical calibration standards, ASML has reduced artifacts in those standards by a factor of five. These standards, developed to support the testing requirements for lithography optics, are fabricated to the extreme-precision level of better than 1 nm rms (λ/632 rms; see figure 4, Figure 5). This is an example of developments in one application benefiting another technology refined for EUV lithography has dramatically improved optical metrology calibration. This absolute standard can extend the accuracy of optics beyond λ/150 peak-to-valley.

ASML Optics is also applying these standards, fabrication and metrology technologies to the wavefront correction of large-field optics that may potentially be used in a leading space agency program to secure images of planets orbiting nearby stars, exploring a method for producing such large-aperture, high-performance systems rapidly and economically. We have completed a hardware demonstration in which a nominally flat complex aspheric mirror 120-mm in diameter statically corrects the high-order aberrated wavefront error of an 120-mm-diameter off-axis parabolic mirror to 0.5 nm rms.

Metrology data showed the parabolic mirror wavefront error was dominated by spherical aberration before special figuring, and by 3-50 cycles/aperture error after special figuring (see figure 6). These mid-spatial-frequency errors would have required multiple polishing and test cycles to correct, particularly since in the real system multiple mirrors would need correction, adding production time and cost. An interferogram taken with the single corrector mirror in place shows the level of improvement achieved. This result validates the potential use of such a corrector in the proposed telescope to yield a wavefront with an acceptably low level of error. By fabricating a single corrector mirror to offset the residual system errors, it should be possible to fabricate a system at a much-reduced cost. 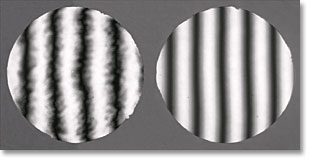 Possible applications of static wavefront correctors extend beyond this space imaging system to any optical system that requires exceptionally low mid-spatial frequency error. Although the correction band for the space imaging application is limited to a maximum of approximately 50 cycles/aperture, correctors could be fabricated under some circumstances that would provide wavefront improvements up to spatial frequencies several times higher.

The application of optical fabrication technologies first developed to manufacture components for EUV lithography has reached a point at which practical and economically beneficial results are being realized for today's most advanced optical requirements. ASML Optics is applying CCOS, multiple decade spatial frequency metrology, and precision metrology standards to optics used from 633 nm to 157nm. Our customers use these optics in metrology, space, and lithography applications, extending performance to levels that just a few years ago were not thought possible for volume manufacture. The application of these optical technologies has just begun and we can expect many other extreme-precision optical applications to benefit in the near future. In addition to offering a more economical technology for the manufacturer and increased confidence for the customer, these advances in optical manufacturing will enable new design forms and solutions. oe

Noreen Harned might have been a high school physics teacher today, but a summer job years ago sent her in a different direction.

After earning a BS in physics at the State University of New York, Stony Brook (SUNY) in 1973, followed by an MS in 1974, Harned got a teaching appointment at SUNY, and also taught in a public high school in Beverly, MA. During the summer break of her second year, she took a temporary research job at the now-defunct AVCO Everett Research Laboratory (Everett, MA).

"I thought I would be doing it just for a summer. It turned out I really, really liked it," she says. "I enjoyed the entire environmentnot only the research, but the stimulation of the people I was working with."

At the end of the summer, AVOC offered Harned a full-time position, and she accepted. At AVCO she began to focus on optics, particularly high-energy lasers. From 1999 to early 2003, Harned was responsible for Silicon Valley Group's program to develop equipment for extreme-UV (EUV) lithography, the next-generation method for making semiconductor chips. Now, as vice president of marketing, technology, and business development at ASML, Harned's focus has broadened again, as she tries to set strategic directions for both the EUV business and the company's optics business unit.