After the long, snowy winter in Fairbanks, Alaska, the summer tries to apologize. The sun lingers in the sky as long as 21 hours per day. During daylight hours, temperatures routinely climb higher than 70°F—and the surface thaws.

In 2016, during this mild season, a team of geoscientists drove a tractor called a Ditch Witch over a field maintained by the US Army Corps of Engineers. With a three-foot chainsaw rotating on its front, the Witch dug a narrow trench less than a foot deep. Nate Lindsey, a UC Berkeley graduate student, trudged after it, laying fiber-optic cable in its wake. After five days in the dirt, Lindsey's team buried four cables, each about the length of two football fields, in a rectangular grid.

The network lay underground among untamed tree roots from a nearby forest. To lay the fiber, Lindsey had to snake his hands through the sharp, subterranean thicket. "It was a massive undertaking," says Lindsey.

This fiber network did not transmit e-mails or cat GIFs: instead, the scientists designed it to pick up sound, like an ear to the ground. "It's measuring nanostrains," explains geophysicist Jonathan Ajo-Franklin of Lawrence Berkeley National Laboratory, who works with Lindsey. The cable could pick up tiny vibrations that compress a meter of dirt by as little as a nanometer. They wanted to listen for vibrations in still-frozen earth four meters further underground-the so-called permafrost, on which the vast majority of Alaska sits.

Academic geoscientists like Ajo-Franklin and Lindsey have only begun exploring this fiber-based technology, known as distributed acoustic sensing (DAS), in the last few years. But they're getting results quickly: researchers have already demonstrated that in some circumstances, optical fiber can sense earthquake signals as sensitively as conventional sensors known as geophones—and it could be a lot cheaper. They want to use the technology to study structure and motion underground, not just for science, but to protect infrastructure and improve earthquake warning systems.

One reason for their rapid success: they're not starting from scratch. In their experiments, Ajo-Franklin and Lindsey used decades of DAS research that originates from military, telecom, oil, and gas industry applications. 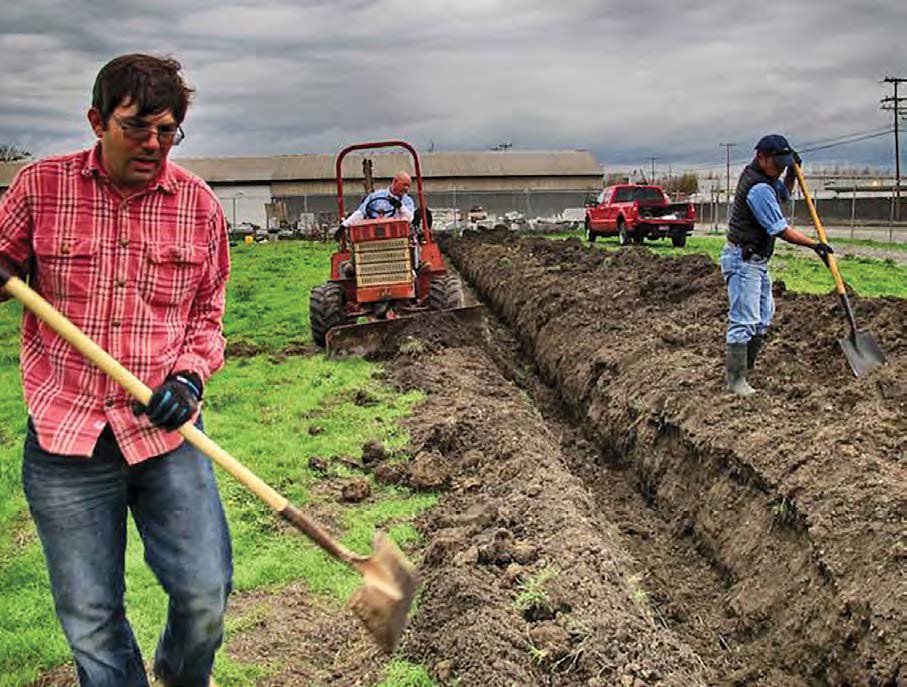 The technology originated with scientists at the US Naval Research Laboratory (NRL) and defense contractor TRW, who were developing next-generation sonar.

In 1977, the NRL and TRW experiments revealed that optical fibers could pick up subtle vibrations. They began to invest in these hair-thin fibers, which were lightweight and insensitive to electromagnetic noise, as a potential upgrade for classic ceramic-based sonar sensors. In the 1980s, the NRL tested optical fiber arrays that ships could tow in the water to sense enemy submarines.

The NRL then developed supporting technology—directional couplers for manipulating acoustic signals, for example—to improve the fibers' sensing capability. "It was so pioneering they left everybody in the dust for a long time," says Arthur Hartog, the author of An Introduction To Distributed Optical Fibre Sensors. Today, the US Navy's newest type of attack submarine, dubbed the USS Virginia class, carries an array of optical fiber on its hull for detecting acoustic vibrations.

To sense vibration, you measure how light scatters inside the fiber. An infrared laser sends a light pulse down the fiber. Most of the light flows right through, but because of imperfections in the glass core, some light scatters back through the fiber to hit a detector. "You have to imagine these microscopic changes in density throughout the glass," says Hartog. "They change the index of refraction in the fiber very slightly. It creates a tiny bit of scatter, and you capture some of it on the way back." In fact, companies design fiber specifically for sensing: unlike telecom fiber, which is engineered for as little scattering as possible, sensing fiber contains specifically designed impurities.

Sound waves compress or stretch the fiber, which changes the scattering signal. By timing when the detector registers the signal, researchers can pinpoint the location of the impurity where the light scattered. Then, for example, the submarine crew can analyze the signal to register the presence of an unknown ship, or geophysicists can infer mechanical properties about the soil near the impurity. 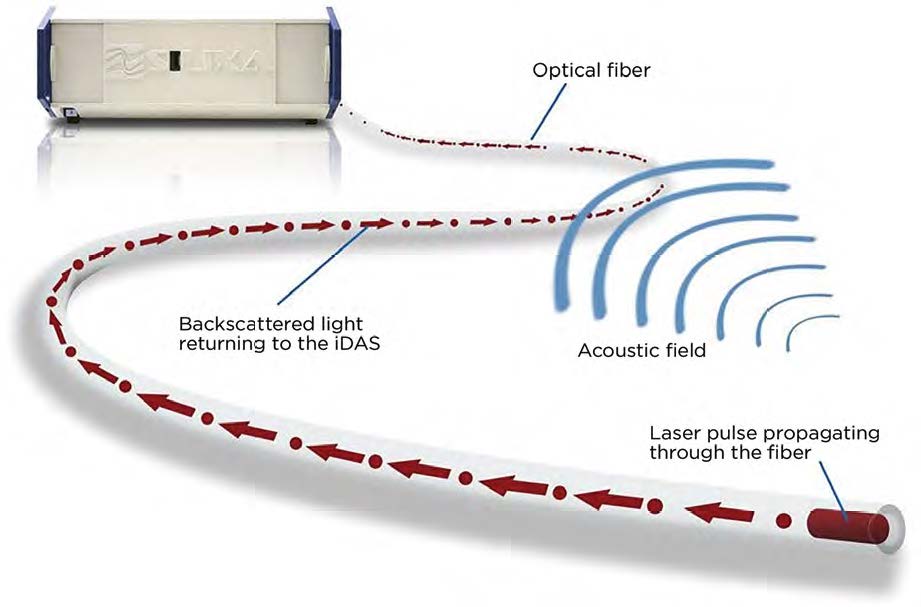 A DAS interrogator measures backscattered laser light in a fiber to probe mechanical properties of the fiber's surroundings.

Also in the 70s, telecom researchers developed acoustic sensing further—somewhat indirectly. They investigated the science of how light scatters in fiber, a field now known as optical time-
domain reflectometry (OTDR). They found that scattering signals could help them detect breaks in fiber. Today, telecom companies perform routine network maintenance by measuring scattering signals. But their studies reaped benefits beyond their industry. All DAS signal analyses now incorporate the lessons they learned from watching light bounce around in broken fibers.

Then, academic researchers made another key development: using the entire length of an optical fiber as an extended sensor. In the 80s, they demonstrated they could survey large areas using a single fiber—and distributed sensing was born. Today, a 10-kilometer fiber can function as 10,000 individual point sensors, if you divide it into 1-meter sections and monitor the scattering from each section. Geophysicists now record strain data over an entire fiber, as opposed to relying on discrete geophone data points that might be spaced several kilometers apart. "This is really the strength of the method," says Ajo-Franklin.

In the 2000s, the oil and gas industry took distributed sensing further. They started using DAS to discover new deposits. DAS is useful for exploration because optical fibers are robust, says Thomas Coleman of Silixa, a US- and UK-based company that makes DAS equipment. The fibers function well in extreme environments of high temperature and pressure, especially compared to conventional sensors.

The industry also began using the technology to tackle an ongoing problem: oil theft. Thieves dig under pipelines to tap them, and then sell the oil on the black market. This oil amounts to billions of dollars lost: Nigeria, for example, lost $13 billion due to pipeline sabotage in 2016. Oil theft is not only a business issue: this January, news agencies reported that a gasoline pipeline in Mexico exploded after being illegally tapped, killing more than 90 people. While working at oilfield services company Schlumberger, Hartog collaborated with global energy company BP to use fiber sensing to better secure pipelines. These systems could detect vibrations indicating the potential presence of intruders and are widely used to secure pipelines today.

In the last decade, academic geophysicists began exploring the potential of DAS. Ajo-Franklin and Lindsey are using their network in Alaska to study permafrost, ground that has been frozen for two years or longer.

Because of rising global temperatures, permafrost is thawing at an accelerated rate, which portends future problems.

Lindsey compares the permafrost to a frozen steak. As the steak thaws, it begins to rot, and "microbes take over and respire carbon dioxide into the atmosphere," he explains. Some researchers estimate that the permafrost contains twice as much carbon as the current amount in the atmosphere. As it thaws, microbes convert that carbon into carbon dioxide and methane. If this gas is released, it could be a "massive" driver of climate change, says Lindsey.

In addition, the ground sinks because of permafrost thaw, which damages infrastructure. Environmental engineer Anna Wagner of the US Army Corps of Engineers, one of Lindsey's collaborators, says that engineers can use DAS data to monitor changes in soil strength due to thaw to prevent infrastructure damage.

To study the thaw, Wagner's team actually heated an area of permafrost slightly smaller than half a basketball court and 1.5 meters deep. They thawed the permafrost by jamming 121 steel rods into the ground and running 60 watts of electricity through them for 63 days. They used DAS to measure seismic vibrations in the dirt, to infer how the earth's hardness and elasticity changed during thaw. They now have some data that could improve models of permafrost thaw, says Wagner.

Eileen Martin, a computational geophysicist at Virginia Tech, is pursuing another potential cost-saver: working with telecom companies to adapt their so-called dark fiber networks—unused infrastructure they've already laid—for vibration sensing. Martin recorded seismic data using components of a dark fiber network under the Stanford University campus. The signals are noisier than conventional geophones, but Martin thinks adapted dark fiber infrastructure could improve seismic monitoring and earthquake warnings in cities. "In the past, we've had very sparse data in urban areas," says Martin. "It's a huge opportunity, now that there's the ability to use fiber already in place."

However, data management will be a big challenge, says Martin. The permafrost project and her Stanford project can each collect more than 10 terabytes a week. So Martin is working on compression techniques to condense the data.

Even so, DAS promises geophysicists the ability to monitor seismic activity in far more detail than currently exists. The technique is catching on among her colleagues, says Martin, especially as they develop and share more data-processing methods specifically for academic geoscience. It helps, too, that some infrastructure has already been laid-and that they stand on the shoulders of researchers from years past.

Sophia Chen contributes to WIRED, Science, and Physics Girl. She is a freelance science writer based in Tucson, Arizona. 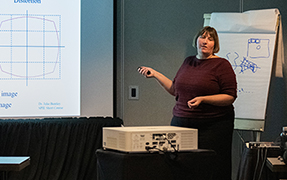 Julie Bentley and gender bias: She's not having it
Community
Dynamic photonic barcodes record energy transfer at the biointerface
Publications 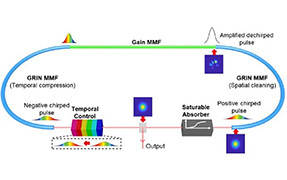