Calling for Quantum Engineers: New opportunities in the wake of the National Quantum Initiative

A new field called quantum engineering needs to be developed to exploit the many benefits of quantum science and turn experiments into products.

On 21 December 2018, the President of the United States signed the National Quantum Initiative (NQI) Act into law days after the House overwhelmingly voted to approve the Senate's amended version of the bill. The act directs the Department of Energy to establish between two and five competitively awarded National Quantum Information Science Research Centers, each to be funded at up to $25 million annually over five years. The act also directs the National Science Foundation to establish between two and five Multidisciplinary Centers for Quantum Research and Education, funded up to $10 million each year through 2023. Finally, the National Institute for Standards and Technology (NIST) will create an industry-focused quantum consortium and expend up to $80 million per year toward this and quantum science R&D.

The National Photonics Initiative (NPI)—an SPIE- and OSA-led collaborative alliance that includes industry, academia, and government actors to raise awareness of optics and photonics—worked for over a year toward this result. NPI produced a white paper in 2017 at the behest of the House Science Committee. Since then we've worked tirelessly to brief decision makers and comment on bill language to support legislation that can make a major impact on our community.

Just as it enables many technologies, photonics will play a major role in the emerging quantum applications. For example, many see the emergence of quantum sensors as the first commercial application, and this area makes great use of photonics as many sensor technologies exploit the slight changes in optical transitions from perturbations to be measured. In addition, quantum communications and quantum key distribution use a host of sophisticated optics, lasers, detectors, and fibers.

While much of the excitement around quantum is focused on computing or simulation—of which many incarnations use lasers and optics for trapping, entangling, preparing, or probing of qubits, or for the transduction of signals—this technology is in early stages. The excitement is justifiable given the potential to solve currently intractable problems that could make revolutionary impacts. At Photonics West 2019, the word "quantum" appeared in the program 411 times, and included a presentation on potential markets, courses on quantum technologies, and a seven-conference "Advanced Quantum and Optoelectronic Applications" track. In addition, many exhibiting companies announced and displayed components and light sources specifically for quantum applications.

I was particularly pleased that NQI made the development of technology an important goal. Research in this area is important, and more needs to be done, but I believe that the development of a technology ecosystem to support the transition from research to commercialization is necessary. To exploit the many benefits of quantum science, we need to turn experiments into products, and this requires a new field, quantum engineering. Many of us in photonics had little or no training in quantum science, yet advancing this field will require a host of new practitioners—quantum engineers—to develop, design, test, and manufacture quantum-based products.

But what is a quantum engineer? NIST has selected SRI International to lead the Quantum Economic Development Consortium (QEDC) to help with that and other commercialization issues. This public–private partnership will seek to identify workforce needs, propose technology solutions for filling gaps in research or infrastructure, and provide a forum for industry to increase coordination and share views on development of a quantum economy. SPIE hosted a panel at Photonics West to introduce the QEDC to our community, with a discussion on photonic technologies that are enabling to the emerging quantum industry, as well as important gaps in certain enabling photonics technologies. We plan to work closely to increase engagement of the photonics community with the consortium and other activities.

In addition, SPIE is working to ensure that researchers and companies get appropriate export controls guidance. The Commerce Department recently released an advanced notice for proposed rulemaking, a "Review of Controls for Certain Emerging Technologies" that includes quantum technologies. Blanket control of a technology area can have a significant negative effect on the advancement of that technology. Furthermore, too early or far-reaching controls may undermine the development of commercial applications that could drive substantial economic growth. SPIE is working with the Commerce Department to ensure an appropriate balance that does not negate the tremendous possibility of the NQI. 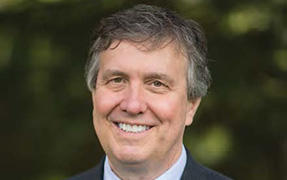 There's still work to be done for NPI and SPIE. The National Quantum Initiative Act authorizes agencies to do this work, but now it needs to be funded. NPI will now push for an appropriation that funds DOE, NSF, and NIST to undertake this important work. The NQI bill was strongly supported by the tech industry—from major companies and startups—so we think momentum is on our side.