We attended the 24th Congress of the International Commission for Optics (ICO-24) last August in Tokyo and are eager to collaborate with Roberta Ramponi, the new ICO president, on her vision for expanding the optics and photonics community's role of fostering scientific knowledge, education, and technology transfer to shape a better world for future generations.

SPIE, one of seven international organization members of ICO, has supported the mission of the ICO for many years and strongly encourages its 19,000 members across the globe to become aware and supportive of ICO's vision and goals. SPIE shares these goals and recognizes that because of ICO's historic inclusive territorial structure, ICO is better suited to serve geographies where SPIE cannot be active.

Since its founding in 1947, the ICO has consistently focused its activities on the progress and diffusion of knowledge in the field of optics, later expanded to include photonics. ICO has paid particular attention to areas of the world where scientific research and education have been affected by economic difficulties.

Goals of new ICO president
In her address at the ICO-24 General Assembly, Ramponi, director of IFN CNR and a professor at Politecnico di Milano (Italy), pledged to lead ICO with a goal of narrowing the scientific and technological gap between developing and developed countries. While the ICO motto is "the place where the world of optics meets," Ramponi says that the ICO surely needs to become the place "where optics meets the world, overcoming social, economic, religious, and political barriers in the name of science."

Among her goals during her three-year term, which began in October 2017, Ramponi says she will work closely with ICO members "to promote instruments to support gender balance and to inspire and support young minds." In addition to cosponsoring international scientific meetings and convening as a Congress every three years, telecommunication technologies can be used to proactively communicate more frequently with all ICO members, including Bureau and executive members. "We must become the flower garden of optics, full of colors, where everybody wants to be and to meet," she said.

Supporting optics, photonics
Reflecting the importance of optics and photonics in society, we had the great honor of welcoming the Emperor and Empress of Japan at the ICO-24 opening ceremonies. As SPIE CEO Eugene Arthurs said, "their presence was a strong indication of the high regard in Japan [and elsewhere] for the field of optics and photonics and for its economic and social importance."

We and SPIE commend outgoing ICO President Yasuhiko Arakawa for organizing an event that demonstrated why the science of light is so valuable to society.

It is an exciting time for the ICO and all who work in optics and photonics, and we are grateful for the generous support and encouragement from the SPIE leadership and its members around the world. SPIE provided over US$4.2 million in support of education and outreach efforts across the globe in 2016 and more than $32 million since 2008. That support includes educational scholarships, free education outreach materials, and financial support for summer schools, science fairs, and visiting lecturers.

As an example, SPIE supported the travel expenses to ICO-24 of Olivier Kossan Bagui of the Institut National Polytechnique Félix Houphouët-Boigny (Ivory Coast), enabling him to participate in the conference.

Bagui thanked SPIE for enabling him to establish contacts with researchers around the world and said that his participation increased his determination to promote optics in his country and "to show that it is more than a science but a tool for the development of a sustainable future." 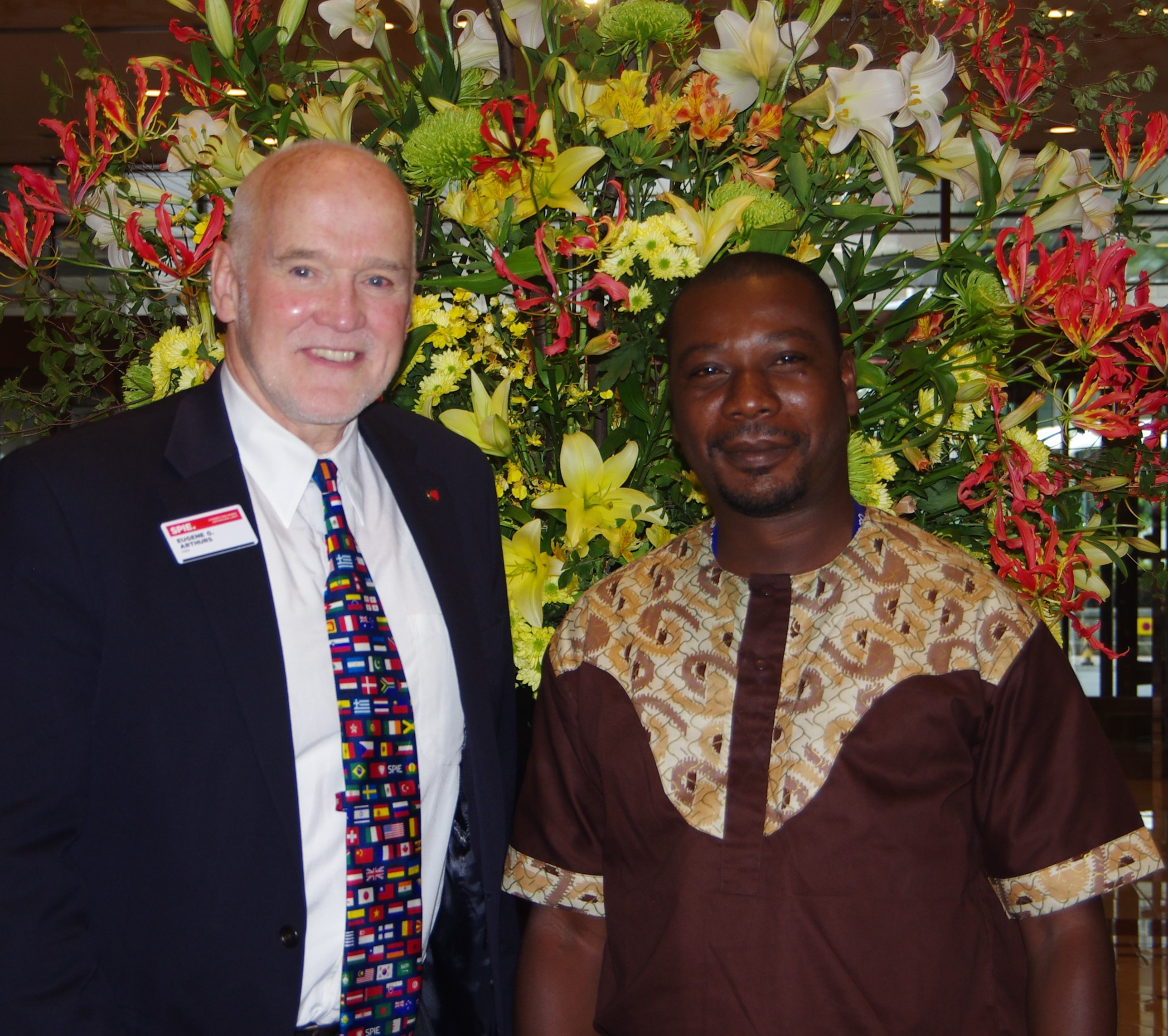 At ICO-24, we were pleased to put forward motions thanking SPIE member Angela Guzmán, the outgoing General Secretary of ICO, for her service and dedication to ICO. SPIE also commended SPIE Past President and Fellow Jim Harrington, the retiring ICO treasurer, for his many years of service.

SPIE also cooperates with the ICO in supporting the ICTP Winter College on Optics and the biennial Education and Training in Optics and Photonics (ETOP) meeting. These activities, and others including the triennial ICO General Assembly, provide SPIE with an interface with optics and photonics communities that have less opportunity to attend SPIE events or interact with SPIE. We feel it is important to engage and encourage scientists and engineers working in optics everywhere in the world.

Last, but not least, we thank SPIE for the opportunity to represent the Society at the ICO. We encourage SPIE members to contact us with any questions or ideas about ICO that will continue to enhance our common goals to support optics and photonics around the world.

-SPIE Fellow Carmiña Londoño, program director of Engineering Research Centers at the US National Science Foundation, began her term as the SPIE-appointed vice president of the ICO in October 2017, succeeding SPIE Past President and Fellow María Yzuel, professor emeritus of Universidad Autónoma de Barcelona (Spain). Yzuel, who has served on several ICO committees since 1990, was ICO elected vice president from 1990 to 1996.

International optics: Through a global lens
ICO focuses its efforts on the developing world with the backing of its international committees.

The role of the International Commission for Optics (ICO) in optics training and education
ICO coordinates the advancement and dissemination of scientific and technical knowledge in optics and photonics.