The optical cameras and spectrometers developed for NASA’s New Horizons mission to explore Pluto and the outer reaches of our solar system represent the most sophisticated instruments of their kind. After a 3-billion-mile journey of almost 10 years, scientists across the world celebrated history in July 2015 when the spacecraft flew close enough to Pluto to capture thousands of first-ever, high-resolution images, spectra, and particle data from the distant dwarf planet and the Kuiper Belt.

The 39 scientists from eight organizations that made up the New Horizons Optical Instrumentation Team have reason to celebrate again this year as the winners of the 2017 SPIE George W. Goddard Award.

The team, led by the Southwest Research Institute (SwRI), pushed the boundaries of space-based optical technology by designing and developing a suite of high-capability instruments that could withstand the freezing temperatures and low-light conditions of deep space, as well as meet the weight and power constraints needed for the years-long voyage.

Together, the three instruments weighed less than 24 kg and operated on less than 15 watts. In fact, the entire science payload of seven instruments fit inside a spacecraft the size of a grand piano.

The data obtained from the three optical instruments during a six-month-long reconnaissance flyby study of Pluto and its moons “have revolutionized our understanding of the Pluto system,” said Carly Howett, senior research scientist and outer solar system section manager at SwRI. The New Horizons findings “turned this once remote and unknown world into one that continues to inspire and delight all of humankind,” she said.

The optical instruments aboard New Horizons captured images showing that Pluto is younger, slightly larger, colder, and far more complex than had previously been thought. Seven months after the launch of New Horizons in 2006, the International Astronomical Union downgraded the status of Pluto to a “dwarf planet.” Earlier this year, a group of NASA scientists proposed a new definition of what constitutes as a planet that would allow Pluto to return to its former status.
ALICE UV SPECTROGRAPH

Additionally, Alice’s innovative design gives the instrument a higher resolution for the same mass and less power as its earlier counterparts. For example, Alice has 32,000 pixels compared to two pixels for a similar instrument on the Voyager spacecraft.

The Ralph instrument, developed by Ball Aerospace, the Goddard Space Flight Center, and SwRI in just 22 months, provided most of the color images and global composition mapping of Pluto and its largest moon, Charon. A sensitive, three-mirror telescope feeds light into the instrument’s suite of eight detectors.

Ralph is specially designed to collect high resolution, color data equivalent to taking a panoramic image with a 42-megapixel camera while being subjected to extreme cold and radiation.

In order to produce images in light levels 1000 times fainter than daylight on Earth, the instrument team designed a hinged lens cover for the telescope, the only moving part on the instrument.

The LORRI instrument, developed by the JHUAPL, provided high-resolution, long-distance monochrome images of Pluto upon approach, playing a critical role in navigating the spacecraft’s course of travel. It measured Pluto’s diameter at 1473 miles (2370 km).

The SiC structure allowed the instrument’s focus to remain unchanged during massive temperature changes and eliminated the need for focus adjustment mechanisms over various thermal conditions.

LORRI, a long-range reconnaissance imager, is a 1000 × 1000-pixel sensor that, in combination with a telescopic camera, delivers monochrome images and high-resolution geological data. LORRI measured Pluto’s diameter at 1473 miles (2370 km).
FEAT OF A LIFETIME

Together, the New Horizons instruments delivered stunning images that captivate attention and interest from across the globe and provide a treasure trove of data for the scientific community to analyze for years to come.

“The Alice, Ralph, and LORRI instruments carried on New Horizons represent technical excellence in its highest form,” said Michael D. Griffin, chairman and CEO of Schafer, who previously served as head of the Space Department at the JHUAPL where the spacecraft was built. Griffin was also the NASA administrator when New Horizons was launched in 2006.

With an unusually compressed schedule of four years from funding to launch, “the team developed innovative strategies to ensure that the instruments would survive their long, cold, dark journey to the outer rim of the solar system,” he said. Griffin called their work “a feat never before accomplished and which is unlikely to be seen again within the lifetime of anyone now alive.” 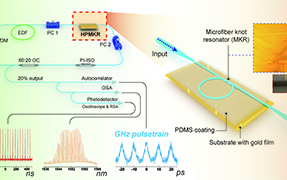 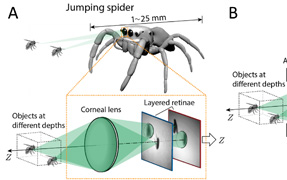