Career advice in the 2016–17 SPIE Women in Optics monthly planner.

Early in her career, Marla Dowell, chief of the Quantum Electronics and Photonics Division at the US National Institute of Standards and Technology (NIST), heard many negative comments about women in science: “You can’t go to grad school in physics because girls’ brains aren’t suited to physics,” and “You can’t have children and a career in science,” and even “You can’t laugh at work because people won’t take you seriously.”

Ignoring such remarks and having support from her family were crucial to her success.

“Sometimes being one of the only women in the room can feel like being a zebra in a herd of horses,” Dowell says. “Just keep in mind that zebras have better stamina and maneuverability,” she adds.

Dowell and 30 other optics and photonics professionals share the ups and downs of their work experiences in the 2016-17 SPIE Women in Optics Planner. This 16-month planner features women from around the world who are employed in a wide variety of science and technology occupations. They include university professors working in classrooms and research labs; CEOs in the optics and photonics industry; and PhD students just starting their careers.

The women offer advice to those considering a career in science, technology, engineering, and mathematics (STEM). Dowell suggests that girls seeking a career in science bring their own unique perspective to each challenge they face. “Don’t be afraid to try something just because no one has done it before,” Dowell says. 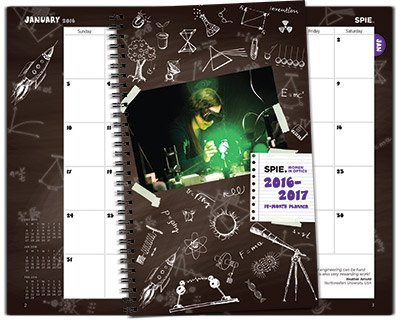 Elizabeth Dreyer on the cover of the new SPIE Women in Optics planner.
FAILURE IS AN OPTION

A recurring theme among the stories in the SPIE Women in Optics planner is the challenge the women face in a profession mostly dominated by men.

With that kind of pressure, the idea of failing at a task can be daunting. In other words, when you’re the only zebra in the room, failure is not an option. Several of the women in the new planner note that this kind of thinking can be detrimental to getting ahead in a scientific career.

Alexandra Boltasseva, associate professor at the Purdue University School of Electrical and Computer Engineering (USA), wishes that someone had told her early on not to be afraid to fail — to aim for higher goals instead of always playing it safe.

“Being a perfectionist can be the worst enemy of creativity and real success,” Boltasseva says. On this point, she likes to quote the late American entertainer Johnny Cash who said, “You build on failure. You use it as a stepping stone.”

SPIE member Anel Garza Rivera’s job as an optics specialist at Vitro Automotriz (Mexico) includes developing an optical metrology system to enable better precision in the manufacture of free-form surfaces. The goal is to be as precise as possible, but in order to succeed, she says, “you need to know how to handle failure.”

Ruth Empson of University of Otago (New Zealand) feels that learning to accept failure is a major part of self development, that meeting the challenges of the scientific life helps scientists to progress and become stronger.

“Be creative and don’t be afraid to take risks,” she tells her team of young scientists. “Have faith in your own ideas and make mistakes, but be prepared to fail.” 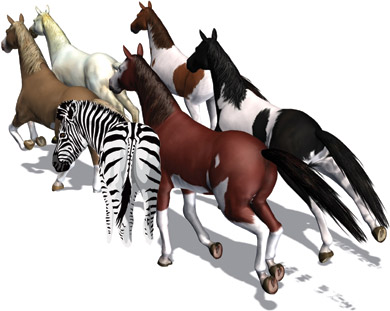 “Sometimes being one of the only women in the room can feel like being a zebra in a herd of horses,”
–Marla Dowell of NIST.
CREATIVE THINKERS WANTED

Other wisdom in the planner focuses on encouraging students, especially girls, to become actively engaged in science at an early age. While more women are obtaining degrees in STEM today than 30 years ago, there are still low ratios of women employed in these fields.

“STEM is for creative thinkers!” says Juanita Saroj James Asirvatham, research associate at Lancaster University (UK). She believes that choosing a career in STEM provides a “lifetime of professional development.”

Susan McKenna-Lawlor, director of Technology Ireland, discovered STEM while studying music and literature. McKenna-Lawlor felt that her education in what was considered “the polite subjects” was unbalanced, and “an introduction to the second pillar of civilization — science — was required.”

McKenna-Lawlor adds that “STEM will repay you a thousandfold for the effort you put into it and will fill your life with beautiful and inspiring things.”

SPIE Senior Member Jay Nadeau, a research scientist at the California Institute of Technology (USA), points out that science is changing quickly, especially the biomedical sciences.

Nadeau, who grew up in Hawaii Volcanoes National Park and was inspired by “geologists wearing heat-resistant suits and probing lava with a stick,” now designs and tests instruments for observing micro-organisms in harsh environments. She encourages students to, “look at new, emerging programs” and see what interests them the most.

Throughout the SPIE Women in Optics planner, the women interviewed point out that diversity is a key element in scientific success.

Naomi Mathers, industry liaison engineer at Australian National University, works with researchers, students, and industry representatives from around the world to create innovative solutions for industry and training techniques for future workers.

Mathers says the scientific community should embrace diversity and not just gender diversity. Everyone benefits from “diversity of gender, age, ethnicity, disciplines, and more,” she says.

Stereotypes of women as indecisive, emotional, or afraid to take a chance don’t show the wide diversity of women in science, says Therese Huston, a faculty development consultant at Seattle University (USA). In fact, much of the research on this issue finds that these assumptions are at best, exaggerated, and at worst, completely wrong, she says.

Huston got hooked on science when she learned that it entails “teasing apart truth from fiction.” She is now writing a book titled How Women Decide to change the misconceptions about women in the workplace.

For example, when male colleagues tell you something you already know (what she and others call “mansplaining”), you should practice saying, “Actually, I understand that, but here’s what I’m really wondering,” Huston advises.

“I wish I had learned a nice way to get the men around me to stop explaining what I’d already figured out,” she says. “Maybe I should really work on my preoccupation with ‘nice,’ but one cultural hurdle at a time.”

Fifteen of the 31 women featured in the SPIE Women in Optics 2016-17 planner are SPIE members, including five Senior Members and three student members.

SPIE has produced the monthly planner since 2005 to showcase the work of women in the field of optics and photonics.

The planner is distributed free to SPIE members, career counselors, science teachers, community clubs, and others. To receive a copy, email customerservice@spie.org.

For more information on SPIE Women in Optics: spie.org/WiO