Researchers who study ways to prevent, measure, model, or compensate for laser-induced damage to optical materials are in no danger of running out of problems to solve. With continuous improvements in high-power laser systems and coatings and the laser’s increasing use in medical and industrial applications, attendees of SPIE Laser Damage 2015 say plenty of challenges remain.

More than 120 scientists participated in last September’s Laser Damage event in Boulder, Colorado (USA), and 83 papers were presented on topics such as surfaces, mirrors, contamination, thin films, and related topics.

The 47th annual event was held at the National Institute of Standards and Technology (NIST), where it began in 1969 as a meeting called Boulder Damage. After publishing the proceedings for the first several years, SPIE is now organizer and cosponsor of the meeting with NIST. And SPIE Laser Damage has expanded well beyond Colorado to encompass high-power laser systems and optics businesses around the world.

“The industry interest in this meeting has to do with selling equipment and [solving] laser damage, and also learning about the new techniques that are available for characterizing materials,” said Greg Exarhos, retired from Pacific Northwest National Lab (USA) and one of five chairs of the event.

The annual meeting gives industry representatives “ideas about how they can enter the game and perform characterization, deposition, and optical machining,” Exarhos said. “So it gives the industry people a first glimpse at where the technology is headed and where they should be going.”

Long-time participants agreed that collaboration and sharing of information is a hallmark of the Laser Damage event. “We don’t often talk outside of this conference,” said SPIE member Christopher Stolz of Lawrence Livermore National Laboratory (LLNL), a former chair. “So it’s an excellent opportunity to collaborate and share ideas.”

Symposium cochair Joseph Menapace (left) of LLNL said that the continuing evolution of topics covered at the meeting is critical to the advancement of high-power lasers.

“The better we can make the components, the further we are going to be able to go,” he said. “We are fundamentally limited in terms of laser systems by the mechanical things that hold them together, and optics is a very critical component to that.”

Indeed, the plenary talk at Laser Damage by Luke A. Emmert (left), research assistant professor at  University of New Mexico (USA), covered the challenges and opportunities of optical coatings excited by high-intensity femtosecond laser pulses near the damage threshold.

Challenges include controlling laser-induced defects and understanding their effect on electron dynamics. A paper he coauthored at the symposium demonstrated an experimental frequency-tripling mirror

SPIE Fellow and Laser Damage cochair Detlev Ristau (left) of Laser Zentrum Hannover (Germany) agreed that despite the event’s long history, there is still plenty of work to be done.

“The fundamental base is still not complete,” Ristau said. “We have a lot of deficiencies in modeling of laser damage on one hand, and on the other there are emerging technology areas – [such as] ultrafast optics.” He added that there are still “items in the DUV/EUV spectral range to be solved, and we also see some problems in the mid-infrared spectral region.”

The semiconductor field is a very important technology field, Ristau said, “and there we still have a deficiency in lifetime, especially if we switch to the EUV range, the next generation of lithography.”

SPIE Fellow Leonid Glebov, the OptiGrate founder who gave a keynote talk on volume holographic elements for high-power laser applications, first attended as a Soviet scientist in the early 1980s at the invitation of meeting founder Arthur Guenther. Glebov, now working in the United States, said Laser Damage remains a unique event, where everyone who attends is interested in different aspects of the same topic. 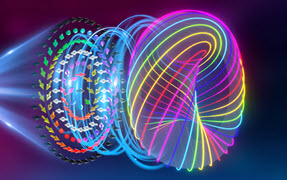 Light shaped as a smoke ring behaves like a particle
Publications 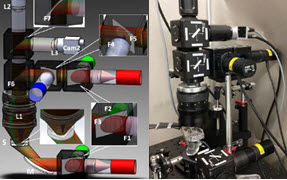