“Taiwan is leading the world by an enormous margin in per-capita photonics production,” said SPIE CEO Eugene Arthurs, who was an invited speaker at the Taiwan Photonics Valley International Forum in Taichung in September.

What is driving this momentum? Much of it can be attributed to the mobile device market, which has tapped into Taiwan’s optics expertise. But Taiwan is also a major player in the production of LED components, photovoltaic and solar cells, flat-panel displays, and optical components.

According to the PIDA, the leading products with the highest growth rate in production values in Taiwan today are LED and solid-state lighting, solar silicon materials, and precision optical components and lenses, such as those used in mobile devices and cameras.

“Taiwan devoted great efforts to developing semiconductor technology 30 years ago and optics and photonics 20 years ago,” said Din Ping Tsai, president of the Taiwan Photonics Society, an SPIE Fellow, and former member of the SPIE Board of Directors. “With strong support from the government and advanced technology in related industries such as semiconductors as a foundation, the optics/photonics industry in Taiwan has thrived.”

One of the key contributors to this success is Taichung, the third-largest city in Taiwan and home to one of the Central Taiwan Science Park’s (CTSP) five science parks.

Founded in 2002, the CTSP is one of numerous government-financed science parks in Taiwan that combine research, production, work, and recreational facilities and have helped Taiwan maintain its competitive research advantage, especially with LCD panels, LEDs, and PV systems. In 2014, the CTSP listed 43 optoelectronics manufacturers among its 174 tenants. In fact, optoelectronics was second only to information technologies in CTSP revenues in 2014, accounting for 40.36% (US$6.44 billion) of CTSP’s total revenues (US$16 billion).2 In addition, the optoelectronics group at CTSP had an export value of US$5.06 billion in 2014.

“Taiwan has a prestigious reputation for the production of LED components, photovoltaics, flat-panel displays and optics components,” Tsai said. “These products rank in the top three in the global market.” An SPIE.TV interview with Tsai can be found at spie.org/DPtsai2015. 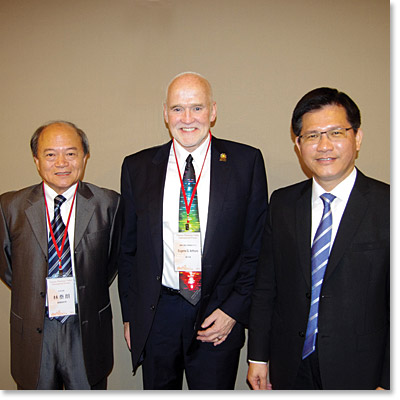 Many of the companies contributing to CTSP’s continued success have a presence in Taichung. Under Japanese rule in the early 20th century, Taichung was designed by the Japanese to be Taiwan’s first modern, planned city — a tradition that in modern times has carried over to the technology development sector.3

Today Taichung is a destination of choice among high-tech manufacturers, from optics and photonics to precision machinery and computer peripherals.

“More than 40 years ago, the optical industry in Taichung established a good cooperation model with Japanese, Germany, and US optical companies,” said Cheng-Chung Lee, a professor at Feng Chia University and National Central University, honorary president of the Taiwan Photonics Society, and an SPIE Fellow. “I believe these companies chose Taichung rather than other locations due to the good climate for optics production.”

Early on, these companies focused on the production of optical components, such as lenses for cameras, Lee noted. As a result, Taiwan is renowned for its optical lenses, and its precision optical components industry saw a 15% increase in production value in the first half of 2015, to about US$1.5 billion, according to PIDA, due in large part to the smartphone market.

In fact, cell phone cameras lenses and lens glasses accounted for 34% of the overall market value for Taiwan’s precision optical components industry in 2014, which hit a record high of US$3 billion in 2014 and is forecast to increase to US$3.5 billion in 2015, according to PIDA. Also contributing to this growth is the manufacture of flat-panel displays, LEDs, and solar panel technologies.

Several of the leading players in this market have facilities in Taichung. Largan Precision, for example, a leading supplier to Apple, reported revenues of US$1.4 billion in 2014, up 67% over 2013, with 85%-90% of its sales coming from mobile phones.

Asia Optical, which has established itself as a leader in the manufacture of digital cameras and lenses, as well as laser range finders and optical communication components, reported a 30% increase in revenues in 2014, to US$700 million, due in large part to strong camera-related orders from Kodak. Other optical lens manufacturers in Taichung include Genius Electronic Optical, Kinko Optical, H.P.B. Optoelectronics, and Canon Taiwan.

Precision optics is just one of several optics and optronics technologies produced in Taichung. AU Optronics, one of Taichung Science Park’s first tenants, began manufacturing LCD displays there in 2004. Today the company continues to be a global leader in the production of thin-film transistor (TFT) LCDs, generating US$12.9 billion in revenues in 2014 and holding a 16% share of the global market in large-sized panels.

In addition, Corning Optical opened an LCD glass substrate manufacturing plant in Taichung in 2005 to be closer to its Asian customers and an Advanced Technology Center it opened in Taipei in 2011 that supports customer-focused applications engineering and design.

Taichung also hosts several companies that make LED components, another market where Taiwan is a global leader, with 41 LED fabs representing over 20% of the world’s capacity in 2012.4 In 2014, Taiwan’s LED industry reached US$4.7 billion in production value, with a 24% global market share, and PIDA expects it to grow 14% in 2015.

“Taiwan has a very healthy mix of international companies and indigenous companies, built, I believe, by very patient government design,” Arthurs said. “A policy of supporting students to study abroad has paid huge dividends, and Taiwan has also steadily invested in building on the Japanese-initiated educational system.

“Now the nation has its own growing research-talent base and is home to world-leading technology companies, such as TSMC and Delta Group. That Taiwan has a population of only about 23 million and has accomplished a great leap in economic status in only a few decades is a tribute to extraordinary skills and values,” he said.

Rather than rest on its laurels, however, the Taiwan photonics industry is already looking to the next generation of technologies and products to continue its success. For example, PIDA believes manufacturers of flat-panel displays will speed up production of new panel technologies and materials, including the LTPS (low temperature polysilicon) and IGZO (indium gallium zinc oxide) display technologies that are gradually being adopted in mainstream display products.5

“LED lighting, new photovoltaic technologies, AMOLEDs, and biophotonics are promising technologies for the optics/photonics industry,” Tsai said. “And technologies related to the Internet of Things, smart wearable devices, big data, ‘the cloud,’ and green energy will be trends in the future.

“Taiwan faces the challenges of competition from regional countries and the gradually maturing photonics markets,” he added, “but Taiwan has excellent innovations and outstanding technologies to win out.”

Another bright spot for Taiwan is Taichung’s new Photonics Valley, an extension of the country’s Optics Valley that was established last year as part of the International Year of Light and Light-based Technologies.

“In viewing the rapid progress of optics and photonics in Taiwan, I believe it is the right time to extend the optical cluster to the Photonics Valley,” Lee said. “If the government has set a good industrial policy and can provide enough space and infrastructure, there will be a bright future for the Photonics Valley.”

—Kathy Kincade is a freelance science and technology writer based in California (USA). 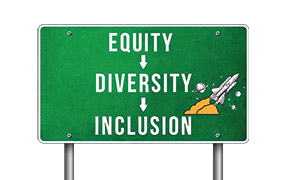 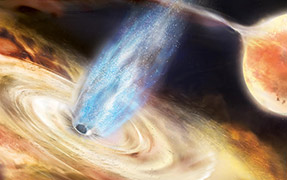 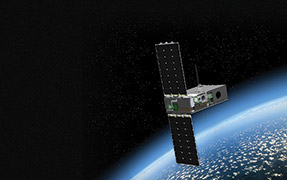