The Photonics Ireland 2015 conference kicked off 1 September with the launch of a new photonics technology platform for Ireland and a strategic action plan that includes a goal of training more than 100 PhD students in photonics over the next five years and placing a heavier focus on technology transfer.

The strategy document, “Photonics Ireland: Making Light Work,” will provide a roadmap to increase photonics activities, specifically in the area of technology, startup incubation, and training for small- and medium-sized enterprises (SMEs). The platform will also address the needs of large multinational organizations who incorporate photonics in their next-generation products.

“Photonics is one of the globe’s most important future industries and an area in which Ireland can flourish,” the minister said, adding that investment in R&D had “played a major part” in Ireland’s economic recovery. 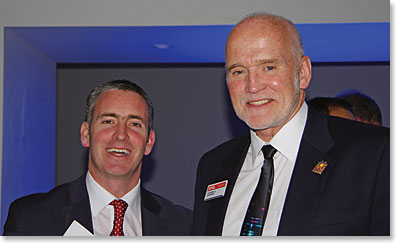 IPIC, which is focused on innovations in optical communications and biophotonics, has already had some success bringing photonics industry partners together with scientists from Dublin City University and three institutions in Cork.

One example of that industrial collaboration is a partnership with California-based Compact Imaging, a startup developing a miniaturized version of optical coherence tomography (OCT) imaging based on tiny, battery-powered optical sensors.

The company has a long-standing relationship with Martin Leahy’s tissue optics and microcirculation imaging lab at the National University of Ireland in Galway, while more than 80% of its startup capital is said to have come from Irish investors.

Speaking in March 2015, Compact Imaging’s CEO Don Bogue said that its IPIC collaboration came at a “critical time” for the company as it looked to transfer the technology out of the lab.

Other actions identified include compilation of a “capabilities database” and the creation of a “bootcamp” for aspiring photonics entrepreneurs.