Salaries in optics and photonics are rising fastest in China, and while median salaries for women overall continue to lag those of men, the gap is closing for those with 15 or fewer years of employment, according to findings in the latest SPIE Optics & Photonics Global Salary Report.

The report, which is being mailed to SPIE members with this issue of SPIE Professional, also found that workers in all sectors of the industry report high levels of satisfaction with their jobs. For-profit respondents rate team success as their priority, while academic and government respondents say scientific discovery gives them the most satisfaction.

Results from the 2015 survey are based on nearly 6000 validated responses from 100 countries. Women make up 16% of the respondents, roughly mirroring their representation in SPIE membership and at SPIE meetings.

SPIE CEO Eugene Arthurs said he was encouraged to see so many in the optics and photonics industry anticipate salary jumps in 2015. “I hope these expectations come to pass and that we see better remuneration for the scientists, engineers, and manufacturing professionals who are changing our world,” he said.

“While the overall disparity between median salaries for women and men remains discouraging, SPIE is heartened by the narrowing of this disparity among younger professionals and by the continued growth of the percentage of women among our membership and conference participants,” Arthurs said.

“SPIE is committed to providing the crucial exposure and networking opportunities that conferences offer for the many brilliant women in our community. Visibility is invaluable, particularly in the early stages of one’s career.”

Arthurs, who has worked in both academia and industry, echoed the sense of job satisfaction reflected by the survey and encouraged optics and photonics professionals to share that with students, teachers, and parents they meet.

“Members of our community know the rewards of a career that enables one to participate in unlocking the secrets of the brain through work in optogenetics,” for example, or discovering a touch-sensitive technology that allows unsighted people to use cellphones.

Finding solutions to future challenges requires attracting the best and brightest of the next generation to careers in optics and photonics, Arthurs said.

WORK WEEK IS LONG FOR SOME

Many in optics and photonics jobs work long hours.

According to the SPIE salary report, 37% of workers in higher-income Asian countries reported they work 50 or more hours per week.

Romania had the largest percentage of employees who reported working 55 or more hours per week: 28% said they did.

SATISFACTION WITH PAY DIFFERS BY GENDER
Women and men report similar levels of job satisfaction in all but one area — 57% of men feel that they are paid fairly versus 49% of women. 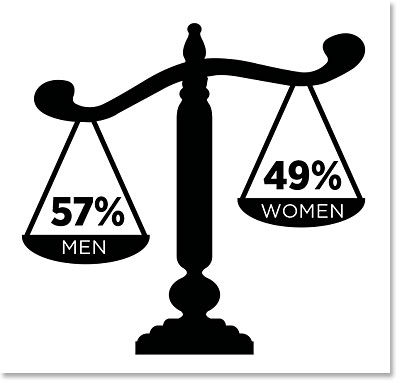 The full report on optics and photonics salaries is available from the SPIE Career Center.