Simply “trying” to ensure appropriate female representation among conference speakers and on panels is not enough, the European Commission’s Digital Agenda has decided.

Robert Madelin, the director general of DG Connect, the EC division for Communications Networks, Content, and Technology, has taken a new position in an effort to ensure that women’s voices are heard more widely at technology events in Europe. 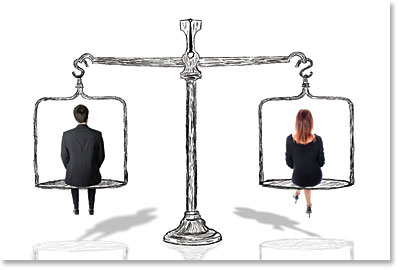 Earlier this year, Madelin announced a pledge to include at least two women speakers at all events organized by DG Connect. In a blog post titled “All-male panels in tech: we say no,” Madelin said “trying our hardest” is no longer sufficient.

The three-point pledge to promote diversity was immediately lauded by photonics community leaders, including SPIE members actively promoting personal and professional growth for women in optics and photonics.

“These decisions are very important in making visible the work done by female scientists in science and technology,” said María Yzuel of Universitat Autònoma de Barcelona, and the SPIE president for 2009. “Role models are important for female students to see that there are high-level women in these fields.”

Yzuel noted that in general, science and engineering are seen as fields for men at secondary schools, and that many young women choose not to pursue a profession or career as a scientist after earning a bachelor’s or even master’s degree.

“Government agencies and companies are talking much about the attraction of talent,” she said. “Decisions like the one taken by DG Connect should encourage women to take scientific or technical degrees and for PhD students and early-career professionals to stay in the field.”

Another former SPIE president, Katarina Svanberg, a professor of oncology at Lund University, said she was encouraged by DG Connect’s pledge.

Although women and men should have the same opportunities in science as well as in higher academic positions, Svanberg said that in reality, “tradition, especially regarding family matters, puts women at a disadvantage due to an offset in active professional time.”

Changing attitudes both on the personal and the societal level are needed, she said. “Equal opportunities mean equal available time. It is really a question of creating equal time for women as is available for men to pursue advanced professional and scientific activity — in which they of course are equally capable — and of organizing work to provide equal possibilities.

“When men and women truly equally share in daily life matters, which is the trend in many countries, the situation will improve immensely, and women can have time to flourish with their full competence and brain force. Eventually, there will be as many females in high positions as men as well as numerous female Nobel laureates in science,” Svanberg said.

SPIE CEO Eugene Arthurs congratulated DG Connect for its pledge. “The world’s needs for technology advances in communications, health care, energy, and other areas are continually growing,” Arthurs said. “To meet future needs, we will need the benefit of perspectives, insights, and intellect of the entire workforce, and we cannot afford to discourage the 51% who are women from providing their contributions.”

In making the announcement in March, Madelin has asked DG Connect stakeholders for support, including adding to a list of outstanding women in technology who could potentially serve as speakers and panelists. He asked everyone who organizes or speaks at conferences to spread the word and act accordingly.

“The more we apply it, the quicker we will make this change happen,” Madelin said.

SPIE HAS BEEN PROACTIVE

Arthurs noted that SPIE has already been working in this direction, through its Women in Optics program, conference organization, and other areas. Female representation among SPIE members has increased 25% within the last five years, and participation in SPIE conferences has grown as well, he said.

“We continue to work toward greater equity and are encouraged by this strong action on the part of DG Connect,” Arthurs said.

DG Connect is charged with the development and use of information and communication technologies (ICTs) throughout European Member States to promote economic growth by. The directorate coordinates funding of ICT research and innovation under Horizon 2020, the biggest research and innovation program ever in Europe, with nearly €80 billion of funding available through 2020.

SPIE Senior Member Eva M. Campo, of Bangor University (UK) and University of Texas at San Antonio (USA), pointed to Madelin’s acknowledgement that former approaches at DG Connect, where diversity was either recommended or encouraged, have had little influence on panel composition.

Even with the promise of two women on future panels organized by DG Connect, Campo said, women “also have to be heard and their opinions adequately considered and projected.”

Campo said she hoped women’s voices will be heard more widely as a result of the new proactive measure and that DG Connect’s pledge will be extended to other EC-funded programs or possibly lead to Parliament-approved legislation. “It would certainly be consistent with the direction of the DG Directorate and the European Union at large,” she said.