Are we there yet and is it worth the trip?
01 January 2015
Rosemarie Szostak

The first US Securities and Exchange Commission (SEC) filing deadline for Dodd-Frank Section 1502 (conflict minerals provision) ended 2 June 2014. According to the Dodd-Frank Post-Filing Survey, the cost to US publically traded companies to comply with the first round of Dodd-Frank was estimated to be $709 million for the 1300 companies that filed reports. Conflict minerals include tantalum, tin, tungsten, and gold (3TG) identified by the US government under the Dodd-Frank Act as the purchase of elements or minerals which are used to finance conflict in the Democratic Republic of Congo (DRC) or its neighboring countries.

The answers to the question ‘Are we there yet?’ regarding conflict minerals may surprise you. 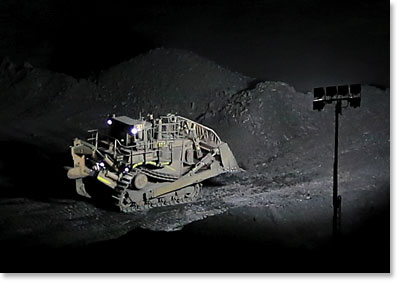 As of August 2014, only 1300 companies have submitted their Conflict Minerals report. The SEC had estimated that 6,000 companies should have filed; the National Association of Manufacturers estimated 50 times that are involved as part of the supply chain.

A Davis Polk review from August 2014 notes that most companies seem to have determined that this regulation does not apply to them or have taken a very narrow interpretation of the regulations and eliminated themselves from compliance. Over half the 1300 companies reporting are original equipment manufacturers (42%) or component/sub-assembly manufacturers (18.8%). The dominant industries include electric/electronic/high tech; aerospace and defense; and the medical/life science/pharma industries.

Conflict mineral labeling is akin to wearing a scarlet letter. The US Court of Appeals for the DC Circuit struck down the labeling provision of the law in April 2014. The Court agreed that the rule violates the First Amendment by forcing a company to falsely associate itself with groups involved with human rights violations through mandated labeling of products “DRC conflict undeterminable” and “not having been found to be DRC conflict free.”

Even the SEC Commissioners have come out with a statement that there should be a stay on the whole requirement until it works its way through the courts due to the burdensome cost on both the agency to provide oversight and the affected companies who must comply with a reporting requirement that now is not practically enforceable. 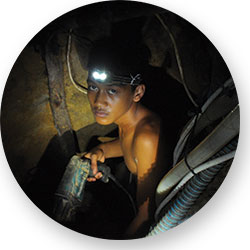 Identifying specific smelters and refiners and their source is the linchpin in this action. Unfortunately, once a mineral is smelted and refined there is no way to determine the mine of origin without diligent chain-of-custody record keeping. Technology sector leaders Intel, HP, and Apple have led the effort to identify smelters and refiners that do not receive minerals from the DRC and adjacent countries.

However, more than 75% of companies filing their reports did not report smelters as part of their supply chain. In a report released in June 2014, the Government Accountability Office (GAO) points a finger at the Commerce Department for not providing the list of smelters and refiners, a requirement under Dodd-Frank, within the allotted time to assist companies in their reporting requirement.

Why I am not surprised #4

Due to nebulous guidance from the SEC, companies have designed their own path towards compliance. The use of a disclaimer has become a popular way for many companies to absolve themselves of inaccuracies and false statements that might come from their supply chain over which the only authority they have is that of the purse.

Supply chain reporting is a challenge, as approximately half of the companies in the supply-chain did not respond to requests concerning 3TG. It is interesting to note that the regulations do not require all of the cogs of the supply chain to report their sourcing for 3TG, only that downstream ‘due diligence’ is observed by the company required to submit an SEC report.

When asked in the Dodd-Frank Section 1502: Post-Filing Survey whether supply-chain source reporting is a determining factor in choosing a supplier, the answers from the companies were mixed but not overwhelmingly negative or positive. The survey covered 122 respondents from the 1300 companies that actually submitted an SEC report.

Are we there yet?

That depends on how you define the end goal. Understandably, human rights activists such as Global Witness want to see quicker resolution to the DRC atrocities. Meanwhile, the companies forced to comply with the Dodd-Frank Act are looking at the huge and continued cost associated with coming into compliance to declare their supply chain “conflict mineral free.”

The Tulane (Dodd-Frank) Post Filing survey reported that the companies reporting to the SEC acquire amounts of 3TG in the ranges from 100 g to 100,000 kg of these elements. To put this in perspective, 100 g of 3TG is equivalent to a teaspoon of gold or tungsten, 1.2 teaspoons of tantalum or 3 teaspoons of tin. These are the amounts used in their products over the entire year. The cost per company to comply just with Dodd-Frank 1502 is over $500K for large companies to $160K for smaller ones. That is one expensive teaspoon.

Is the trip worth it?

This remains to be seen. The 600-pound gorilla in the room remains whether this approach to reduce conflict and improve the human condition in the DRC will actually work. From the manufacturer’s perspective, it is still not clear how this would be achieved simply by forcing only US publically traded companies to insure that they receive materials that do not support armed conflict in the region. Though both the EU and Canada are considering similar legislation, the rest of the world is not.

The situation in the DRC is exploitive and inhumane, but it is also complex. In addition to the 3TG minerals, other resources exploited to fund the fighting in the region include water, diamonds, copper, and timber. 3TG mines are artisanal (or “informal”) and according to the Enough Project, a non-profit working to end crimes against humanity, only a small percentage of mines operate legally with any sort of documentation.

Illegal mining activity is defined as mining without paying the fee for a government permit. The extent of illegal mining makes it almost impossible to track the quantity and source. In many cases warlords oversee these mines and extort civilians — including children — to work as slave labor. Civilian mine operators are saddled with paying bribes, illegal taxes, and checkpoint tolls in order to get their minerals to market.

It is estimated that 8-10 million people in the DRC are dependent on mining to support their families. It is not clear how Dodd-Frank will ultimately impact their lives as US companies begin to seek alternative mineral resources outside of the DRC.

An estimated 5 to 7 tons of gold are produced from the Congo annually. It is worth between $285 million and $400 million. The 3Ts netted the armed groups approximately $185 million in profit, based on 2008 data estimates.

As noted at the beginning of this article, the cost to US publically traded companies to comply with the first round of Dodd-Frank was estimated to be around $709 million in 2014. Strong skepticism within the US industry remains concerning the ultimate success of this approach as it attempts to balance the intent of the law against the escalating cost of compliance.

Industry use of conflict minerals

In May 2010, the non-profit association Business for Social Responsibility (BSR) released a report on “Conflict Minerals and the Democratic Republic of Congo” to provide background information.

The report included how conflict minerals are currently used in industry (see chart below).

The cost of compliance with Dodd-Frank (from Tulane post-filing survey):

–Rosemarie Szostak is a frequent contributor to SPIE Professional. She is a senior analyst with Nerac Inc. where she advises clients in the areas of innovation, materials, specialty chemicals, renewable energy, sustainability, and intellectual property matters. She has a PhD in chemistry from University of California, Los Angeles, and will moderate a panel on conflict minerals at SPIE Photonics West 11 February 2015.