Highlights from the 40th annual symposium.

Headline-grabbing announcements of advances in next-generation semiconductor industry technologies for computer chips and devices were among many high notes heard during SPIE Advanced Lithography in San Jose in February.

And Toshiaki Ikoma, Canon’s CTO and executive vice president, delivered a compelling case for viability of nanoimprint lithography (NIL) for high-volume semiconductor manufacturing, which is ready now for production of flash memory. Applications will soon be expanded to DRAM and eventually logic chips, Ikoma said.

Directed self-assembly (DSA) was the subject of numerous papers among the 2300 attendees, with reports from imec among those describing progress toward reducing defectivity associated with the process. Working with Tokyo Electron Ltd. and Merck (which recently acquired AZ Electronic Materials), imec reported it has developed a DSA solution that is compatible with chip manufacture at the 7-nanometer process node.

In one of three plenary talks, University of California, Berkeley professor Tsu-Jae King Liu charted the growth in the number of electronic devices from the advent of mainframe computers to 2030 when the so-called Internet of Things (IoT) will dominate. By then, she said, the number of devices worldwide will be in the trillions, with hundreds per person embedded in the environment and ourselves.

Low-power operation will be essential, and 3D transistors and 3D integration can provide improvements in energy efficiency and functionality that will sustain the silicon revolution. 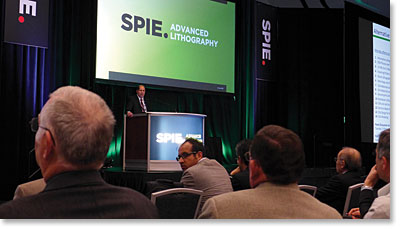 Alan Willner, an SPIE Fellow from University of Southern California and a National Photonics Initiative (NPI) steering committee member, told of progress toward raising awareness among US policy makers about the importance of photonics technologies.

In an update on the newly funded Integrated Photonics Institute for Manufacturing Innovation, Willner said that proposals from three coalitions are under consideration, and the chosen project will receive up to $110 million in matching funds. 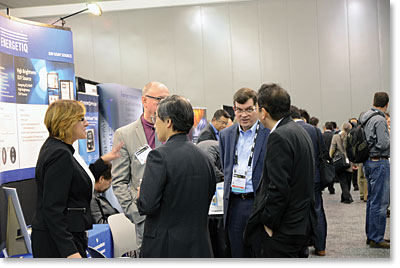 In addition to conference presentations at SPIE Advanced Lithography, an exhibition connected suppliers and customers, and a professional development course program provided training.

For more news and photos from the event, go to spie.org/alnews. 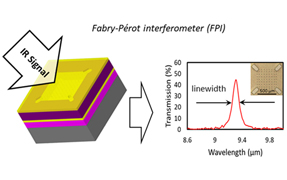