Judges with expertise in art and science begin evaluating entries in the SPIE International Year of Light Photo Contest in October to choose three winning photographs that show light and light-based technologies in daily life.

The IYL Photo Contest, to raise awareness about the International Year of Light 2015 celebration and the vital role that light and light-based technologies play in daily life, was open to photographers from around the world from 1 July through 30 September.

Judges for the contest include 40 graduate students from university art programs and SPIE Student Chapters who will rate all the images to produce a list of finalists. Members of an executive panel will choose the top three photos from among the finalists.

Members of the executive panel of judges include: 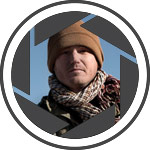 • Mathieu Young, an award-winning photographer and director based in Los Angeles, CA (USA). Young travels each year to volunteer his services for social enterprises such as KamWorks and Off-Grid Electric, organizations focused on bringing solar power to the developing world. His images have appeared in Time Magazine, Rolling Stone, Sports Illustrated, and many other publications. 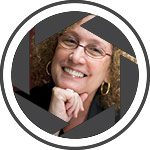 • Felice Frankel, an award-winning science photographer and research scientist for the Center for Materials Science and Engineering at the Massachusetts Institute of Technology (USA). Frankel’s images have been published in books, journals, and magazines, including SPIE Professional, National Geographic, Nature, Science, and Discover. She is a fellow of the American Association for the Advancement of Science and has received awards and grants from the National Science Foundation, the National Endowment for the Arts, the Guggenheim Foundation, and others. 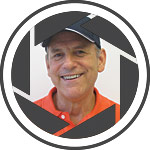 • SPIE member Joseph Niemela, a senior researcher at the Abdus Salam International Centre for Theoretical Physics (ICTP) in Trieste (Italy). In addition to being an avid photographer with an insatiable passion for travel photography, Niemela conducts research in fluid dynamics and low-temperature physics, heads the ICTP Office of External Activities, organizes the annual ICTP Winter College on Optics, and serves as the global secretariat for IYL2015. He has a PhD in physics from University of Oregon (USA) and has had photos published in la Repubblica and Il Piccolo. 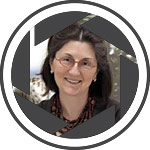 • Deborah Klochko, director of the Museum of Photographic Arts in San Diego, CA (USA). Klochko has over 25 years’ experience in photography museums as an educator, director, and curator. She has authored and co-authored several books on photography and photographers; curated over 30 exhibitions; is the founder of Speaking of Light: Oral Histories of American Photographers; and is a former director of The Friends of Photography. She has an MA in teaching from the museum education program at George Washington University and an MFA in photography from the State University of New York.

The judges who will make the first evaluations include Netherlands native Jana Huisman, who was appointed in April 2013 to be the Photonics21 Young Ambassador for Photonics Education. Leaders of SPIE Student Chapters in Belgium, Mexico, Ireland, Australia, and elsewhere and graduate students from biomedical illustration and communications programs at Johns Hopkins University School of Medicine (USA) and University of Toronto Mississauga (Canada) will also serve as judges.

Huisman completed her bachelor’s degree in physics at the University of Bonn (Germany) earlier this year and began an MSc in physics and nanotechnology at the Danish Technical University in September. In addition to her Young Ambassador role, she is an official observer in the Group of Young Advisors to the Digital Agenda for Europe and is fascinated by ultrafast laser physics.

Most of the judges, like Johns Hopkins student Laura Roy, say they are excited about participating in the IYL celebration and in the photo contest.

Roy recognizes light as crucial to conveying meaning. She enjoys using it in her artwork and illustrations to evoke emotions and to relate stories.

Among the SPIE Student Chapter members serving on the judging panels are:

SHOW US YOUR PHOTONICS

Contest entries have ranged from portraits and cityscapes in natural and artificial light to images of reflective mirrors, clouds, and soap bubbles as well as frost crystals, LEDs, Northern Lights, sunsets, and the Milky Way.

The judges will rank the entries according to how well they illustrate the IYL theme, scientific interest, creativity, execution of photography techniques, and overall appeal for the IYL celebration in 2015.

All finalists’ images will be posted online in 2015 and will be displayed in August 2015 at SPIE Optics + Photonics so that members of the general public and the optics and photonics community can vote on their favorite International Year of Light photo for the People’s Choice Award.

The finalists and the third-place winner will be announced in the January 2015 issue of SPIE Professional.

The International Year of Light is an initiative led by UNESCO and supported by 100 partners from more than 85 countries to raise awareness of how optical technologies promote sustainable development and provide solutions to worldwide challenges in energy, education, agriculture, communications, and health.

The EPS and the ICTP are coordinating the year-long celebration, which kicks off in Paris 19-20 January.

Activities during the year are aimed at helping people of all ages and backgrounds gain an appreciation for the central role of light in science and culture and as a scientific discipline that can advance sustainable development.

Events include optics and photonics outreach activities by SPIE Student Chapters and open houses in May for laboratories around the world dealing with lighting, optical radiation, metrology, lasers, and related fields.

For more information on the SPIE IYL2015 Photo Contest and judging, see spie.org/IYLphoto.

For more information on the International Year of Light, visit Light2015.org.