SPIE leaders reported on the Society’s firm financial footing and its healthy growth in membership, altruism, and optics and photonics advocacy at the SPIE Annual General Meeting in August.

The annual business meeting at SPIE Optics + Photonics 2014 also served as a time to remember recently deceased community members and commend those who are continuing the good stewardship of SPIE conferences, publications, and outreach.

Outgoing Secretary/Treasurer Brian Lula, who was elected to the SPIE Board of Directors for 2015, paid special tribute to John Kiel, a former SPIE treasurer and SPIE founding member, who died a week before the meeting.

Kiel was instrumental in bringing the Society to a position of financial strength, Lula said, and continued to serve on the SPIE Financial Advisory Committee until his death.

Lula and SPIE President H. Philip Stahl expressed their personal gratitude for Kiel’s service to SPIE and encouraged others to become more involved in SPIE governance and other activities.

In his State of the Society report, Stahl discussed the core values that inspire SPIE members such as Kiel to volunteer their time, talent, and treasure to SPIE. Stahl also reflected on his term as president and announced the election of officers for 2015.

(More information about the value proposition for joining SPIE, Kiel, the SPIE scholarship named for him, and the 2014 SPIE election can be found elsewhere in this issue.)

The strong financial position leaves SPIE with 19.3 months of liquid reserves, reaching and surpassing the goal of 18 months, he said. Maintaining this level of reserves will be dependent on 2014 operational results and future investment performance. 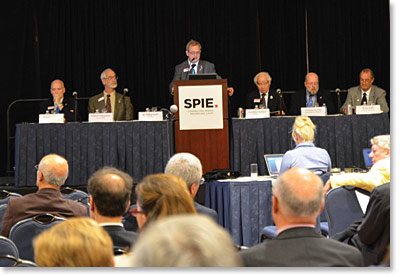 SPIE CEO Eugene Arthurs gave an overview of SPIE membership and publishing trends as well as outreach and altruistic activities.

SPIE members and staff have made major efforts during the last year, he said, supporting the ICTP Winter College on Optics, the International Year of Light and Light-based Technologies initiative, the National Photonics Initiative, an open-access program for the SPIE Digital Library, and other activities to promote optics and photonics awareness.

To receive a copy of the official minutes of the 2014 SPIE Annual General Meeting or the 2013 SPIE Annual Report, email governance@spie.org. 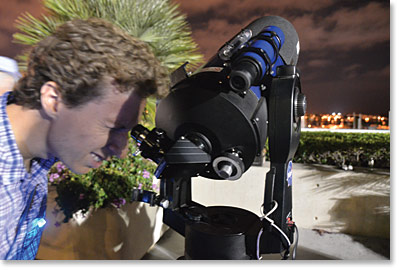