Use of tin, tungsten, tantalum, and gold in photonic devices must be disclosed.

The conflict minerals — tin, tungsten, tantalum, and gold mined in the Democratic Republic of the Congo (DRC) — are found in an astonishing number of electronics, photonics, and optical devices. These elements are now regulated by the US Securities and Exchange Commission (SEC) under the 2010 Dodd-Frank Wall Street Reform and Consumer Protection Act, and publicly traded US companies must be in compliance by May 2014.

The new regulation does not prevent the use of conflict minerals, but does require companies to disclose their use to the SEC.

This will require a critical assessment of supply chains to determine if products are conflict-mineral-free. All companies within the supply chain for cell phones, computer chips, light bulbs, and most electronics will have to provide their customers verifiable documentation of their source of these elements from their own suppliers.

Though the SEC estimates that 6000 manufacturing companies will be impacted, according to the National Association of Manufacturers, there are 278,000 small- and medium-sized manufacturers within the supply chains who must comply at the same level as the larger industries. 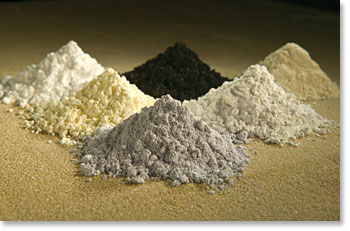 This regulation has the potential to change the landscape of the electronics, photonics, and optical-device industries as companies who are unable to verify the source of these elements in their products may be left out of the supply-chain loop. Regardless of the outcome, the conflict-mineral disclosure rule is expected to be costly for manufacturers.

According to the US Geological Survey (USGS), the DRC accounts for 4% of tin mined worldwide, 9% of the tantalum, and 1.6% of the gold.

Additionally, the DRC produces a 40% share of the world’s cobalt, 31% of the industrial diamond, 6% of gem-quality diamonds, and 2% of copper. These latter minerals are not presently regulated under Dodd-Frank.

Atrocities in Congo lead to US rule

The DRC is the site of some of the worst humanitarian atrocities in decades, according to a 2010 report from the US Government Accountability Office (GAO). Since 1998, more than five million of its citizens have died in conflicts in the mineral-rich eastern part. Illegal armed groups as well as units of the Congolese military have been involved in half of the mass murders, rapes, and other egregious human rights abuses.

All these groups get their money from economic activities in the area, including mining. This is accomplished by levying illicit taxes on the minerals extracted at the mine site, illegal tolls levied on transportation routes, and by circumventing legal, taxed, trading activities.

It is estimated that 20 to 40% of the financing of these armed groups comes from illegal taxes on mining.

In the DRC, tantalum, tin, and tungsten are mined as the ores columbite-tantalite, or coltan (tantalum), cassiterite (tin), and wolframite (tungsten). In many mines, these ores are collocated and are mined by individuals with rudimentary picks and shovels.

Once extracted, these minerals are then sold to small-scale traders at the mine sites. The traders hire porters to carry 100-pound sacks of the minerals out of the area by foot to consolidation points. It is here they are mixed with loads from other mines and transported by truck or airplane to the border.

At the border, the loads are sold to trading houses which pack them in lots of 25 tons. From these border points, the trading houses export the minerals both legally (declared to the DRC authorities) and illegally (not declared) to mineral trading houses in neighboring countries.

The DRC-origin minerals are mixed with those received from other mines in the region before they finally leave the African continent for the smelters (mostly in Asia). The smelters receive the shipments and mix them with mineral stock from other countries.

Many large companies, active in the area of corporate responsibility, publish supplier codes of conduct which now include sections on procurement of products containing conflict minerals. They acknowledge that the supply-chain network is complex and fluid.

Intel and HP are proactive leaders. Apple, another leader in supply-chain transparency, identified 287 of their suppliers that use one of the conflict minerals in their products in 2011. This number jumped to 662 in 2012 as Apple continues to press its suppliers for information. (Note that the number of unique suppliers is roughly half these values since many components use more than one of the conflict minerals but each element must be traced back to its source.)

Many groups are concerned about unintended consequences of the ruling. An embargo of these minerals suspected to originate from the DRC, whether from illegal activities or not, may not change the violence or human-rights violations in the area.

Even the GAO has noted that even though reducing the illicit incomes of armed groups and some Congolese military units might diminish the incentive for their members to remain in the area, “it is difficult to determine the extent to which their numbers or involvement in human-rights violations would be reduced.”

From a humanitarian perspective, it may ultimately hurt the artisanal miners and their families by taking away their sole source of income.

Major technology advances in optics and photonics may be hindered, delayed, or abandoned as researchers might be pressured not to explore the use of tin, tungsten, tantalum, or gold in innovative new components or products if it might trigger future cost of compliance with the conflict-minerals rule.

The costs associated with complying with Dodd-Frank could prove to be excessive for companies both large and small and potentially devastate small manufacturers in the supply chain or those who want to enter a supply chain. Suppliers who are considered low risk may be awarded the contract over suppliers who are labeled high risk.

Developing tools for compliance with Dodd-Frank

Although IPG Photonics, Zygo, Hamamatsu, and other photonics manufacturers are taking steps to ensure compliance with Dodd-Frank, a surprising number of major optics companies have not yet begun to develop compliance tools. Others are in the beginning stages. Some hope that the courts will strike down the law.

Thus, it is not surprising that many supply-chain vendors are not sure what will be expected of them. At present, there is no ‘best place’ to go to seek information or assistance. However there are myriad organizations offering to help, ranging from law firms to corporate social responsibility associations to consulting firms and software/dashboard developers.

If your gadget contains tungsten, tin, tantalum, or gold – even as small as a nanodot – it must comply with Dodd-Frank.

–Rosemarie Szostak is a frequent contributor to SPIE Professional. She is a senior analyst with Nerac Inc. where she advises clients in the areas of innovation, materials, specialty chemicals, renewable energy, sustainability, and intellectual property matters. She has a PhD in chemistry from University of California, Los Angeles.

Photonics manufacturers are taking steps to ensure compliance with the Dodd-Frank Wall Street Reform and Consumer Protection Act to disclose the use of conflict minerals in their products.

Some, such as IPG Photonics, are going further by creating policies promising that their companies will not knowingly use any metals from sources in or near the Democratic Republic of the Congo.

IPG says it will seek alternative sources of tin, tantalum, tungsten, and gold if suppliers cannot demonstrate “sufficient due diligence documenting that the metals used in the manufacture of our products are conflict free.”

Likewise, Zygo Corp. and its subsidiaries not only will require suppliers to document the countries of origin for the tin, tantalum, tungsten, and gold that it purchases, but all Zygo suppliers must commit to being or becoming “conflict-free.”

Although non-US companies are not directly covered by the rule, many are creating new policies out of a sense of corporate responsibility and/or because they have US customers who will be required to report the conflict minerals used in their optics and photonics products.

The new US rule on reporting of conflict minerals is putting suppliers in the defense industry “between a rock and a hard place.”

The disclosure requirement applies only to publicly traded US companies, but an article in  Defense News notes that many companies in the defense sector are private for security reasons.

“That creates something of a problem for prime contractors in particular,” the newspaper reports, “because they must get information from privately held subcontractors in order to verify the origin of all the minerals in the systems they acquire.”

Adds Micah Edmond of the Aerospace Industry Association, “How do you compel those individuals to supply that information when they’re not required to?”