Inventor of stereolithography talks about the age of 3D printing

A huge and diverse industry has grown out of the development of stereolithography in the last three decades. 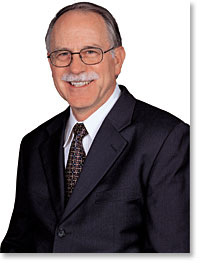 Today, prototypes of airplane wings, musical instruments, auto parts, and medical prostheses can be created on demand in a matter of hours, and printers capable of producing intricate 3D objects can be had for the price of a high-end TV.

Hull is the inventor of stereolithography (SLA), an additive manufacturing technology, also known as optical fabrication or photo solidification, used in 3D printing.

Development of SLA and 3D Systems

SLA is a process of building 3D structures from a computerized design. Multiple thin layers of a liquid UV-curable photopolymer resin are cured, one on top of another, using a UV laser to trace and solidify a pattern and causing each layer to adhere to the layer below. SLA greatly reduced the time it takes for designers and engineers to create a concept design or functional 3D prototype.

After patenting the 3D manufacturing process in 1986, Hull founded 3D Systems, which commercialized the first rapid-prototyping system for computer-aided-design software. The company is now a leading provider of commercial and household 3D printers and design-productivity tools for digital manufacturing.

3D Systems’ most recent innovation is a $1,300 Cube printer that makes plastic 3D objects such as toys and jewelry and is marketed to consumers, hobby designers, and garage entrepreneurs. Hull calls this latest advancement a “democratization” of access to 3D printing.

Hull has a BS in engineering physics from University of Colorado (USA) and an honorary doctorate in engineering from Loughborough University (UK). He was working to develop UV-curable resins for Ultra Violet Products in California when he made the breakthrough.

SPIE Professional recently spoke with Hull about the business and science of stereolithography and 3D printing.

What problem were you trying to solve when you developed stereolithography?

In the early 1980s, I wondered if photopolymer chemistry could be imaged to quickly make first-article (prototype) plastic parts, since it took six to eight weeks to get first-article parts from the traditional tool-making and molding processes. And then the design usually had problems, and it had to be done over. Designing in plastic was a very time-consuming and expensive process.

How did your solution lead to a whole new industry of rapid prototyping and the 3D printing of musical instruments, auto parts, and medical implants?

Stereolithography created great interest because it solved the first-article problem; it was a rapid prototyping system. Based on that, the company grew rapidly, expanded the range of stereolithography systems, and also developed lower-cost ink-jet-based 3D printers.

Users of 3D printing have been very innovative in many, many fields, which has led to growth and diversity in the field. All of this has led to what 3D printing is today.

How did you approach the technology and chemistry challenges after the initial breakthrough so that your ideas would be fully and successfully commercialized?

The technology required mastering photochemistry, laser optics, optical scanning, precision mechanical mechanisms, machine-control software, 3D image manipulation software, process engineering, and system integration. I created the first stereolithography system by myself in a lab that my employer let me use. This was very basic, but it demonstrated the concept.

Based on that, we formed the new company, 3D Systems, and brought in all the special talent to develop commercial systems.

Were there many impediments to realizing enough users of the technology who had the right skill set to further innovate?

We actually had tremendous interest from the beginning, and our pioneering customers invested right alongside us to learn and help evolve the technology to where it is today. We feel privileged to have worked with so many great innovators and we continue to partner closely with our customers today.

What were some of the purely business challenges you had to overcome as an entrepreneur?

The first was getting investment to move the product forward. Then there is always the challenge of a compelling and sustainable business model. … But this is all well behind us now.

What was the toughest challenge for 3D Systems in creating the Cube 3D printer and making it affordable enough for consumer/home use?

The time was right to deliver an affordable 3D printer for the masses. That and working on great 3D content for anyone and everyone to take advantage of are really the main challenges we see in offering a compelling consumer introduction to 3D printing.

Production systems using SLA and selective laser sintering (SLS) still demand a premium in the market because we continue to evolve their capabilities to suit our customers’ requirements. The real price breakthrough has been in entry-level systems — delivering great value for the cost — and in our ability to deliver increasing levels of functionality from our years of experience at the high end to the professional 3D-printer market.

I would say that 3D Systems is working hard to democratize access to 3D printing by positioning the right technology at a very affordable price across our growing base of customers and consumers.

What’s ahead for 3D Systems? What are the current problems that you and 3D Systems are trying to solve?

We are on a mission to place creative tools into the hands of everyone – without regard for their technical abilities. Put simply, we see a future when everyone can create and make in 3D with true coloring-book simplicity. In the past 25 years, a few hundred thousand people have been able to design with complete freedom of creation. Just imagine what happens when billions of us gain access? The level of innovation and creativity will far surpass anything we know today. That’s very exciting.

What are your personal favorite items that have been printed with 3D Systems devices?

The very first cup that was printed is one of my all-time favorite. My wife keeps it with her still today and we will celebrate a 30th anniversary for that part next year. I will tell you that I also received the very first commercial Cube – and immediately printed a neon green iPhone cover – just because!

While there are many amazing things we have printed, when I think back over almost three decades, perhaps the medical model that surgeons used in 2003 to successfully separate the Egyptian twins joined at the head will always remain one of the most important objects to me.

The U.K. and U.S. governments are among many nations funding programs to accelerate the development and commercialization of laser-based additive manufacturing technologies.

The U.K. Technology Strategy Board will invest £7 million on 3D printing technologies with its “Inspiring New Design Freedoms in Additive Manufacturing” competition.

The United States in 2012 launched a pilot institute to serve as a proof-of-concept for its National Network of Manufacturing Innovation. The pilot institute is located in Ohio and will be focused on additive manufacturing technologies such as 3D printing.

At its Center for Micro and Nano Technology in California (USA), LLNL develops applications for the Departments of Energy, Defense, and Homeland Security. The lab will collaborate with U.S. manufacturers to develop efficient technologies for their manufacturing processes.

Below is an example of LLNL’s printed 3D structures. 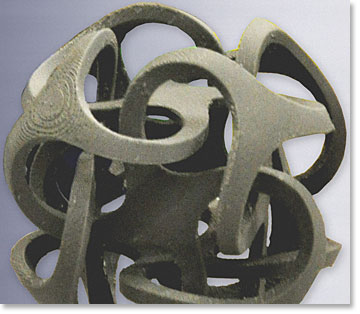