An interview from SPIE Photonics West 2018.

Optical coherence tomography. Photodynamic therapy. Fractional lasers. Over the past five decades Howard Schlossberg, in his role as program officer for optical sciences at the Air Force Office of Scientific Research (AFOSR), has nurtured many fledgling projects into translational applications by listening to his gut as well as to young scientists. "Clear communication is good," he says when we meet at the BiOS conference at SPIE Photonics West 2018 for a coffee and a chat. "I like to think there's a lot of subjects, particularly the biological, medical ones that are not things I'm educated in, but I'm generally scientifically educated so that if you can explain it well, I'll understand it."

But he was also compelled by smart researchers' hunger for success, the so-called fire in their belly. "They wanted to do novel things," Schlossberg explains. "And we were supposed to do novel things, even if we failed occasionally. But you never completely failed. Sometimes I thought, ‘Well, it may or may not work, but I'd like to see how they do it.'"

The son of Russian immigrants, Schlossberg was born in Brooklyn in 1938. In school, he initially planned to be a chemical engineer, without knowing much about what that meant, but that morphed into the pursuit of the more challenging subject of physics - "it was the hardest thing around," he says.

"My junior year at MIT I took a beautiful course by a guy called Francis Low in modern physics, and that's what kept me in it. Also, it was the time of Sputnik, and there was this general belief that we needed more scientists." A graduate fellowship at Brandeis proved disappointing: "As an undergraduate at MIT I had gotten addicted to intensity, and I just wasn't finding it there. A friend of mine said to me, ‘You know, the guy who just invented the gas laser, he just came to MIT. Why don't you go work with him?' That sounded good to me."

That "guy" was Ali Javan, and Schlossberg gained his doctorate on saturation spectroscopy in 1967. "I was just doing this work and enjoying it and publishing," he says. "We were doing good stuff, and almost anything you did then was new because lasers were new." 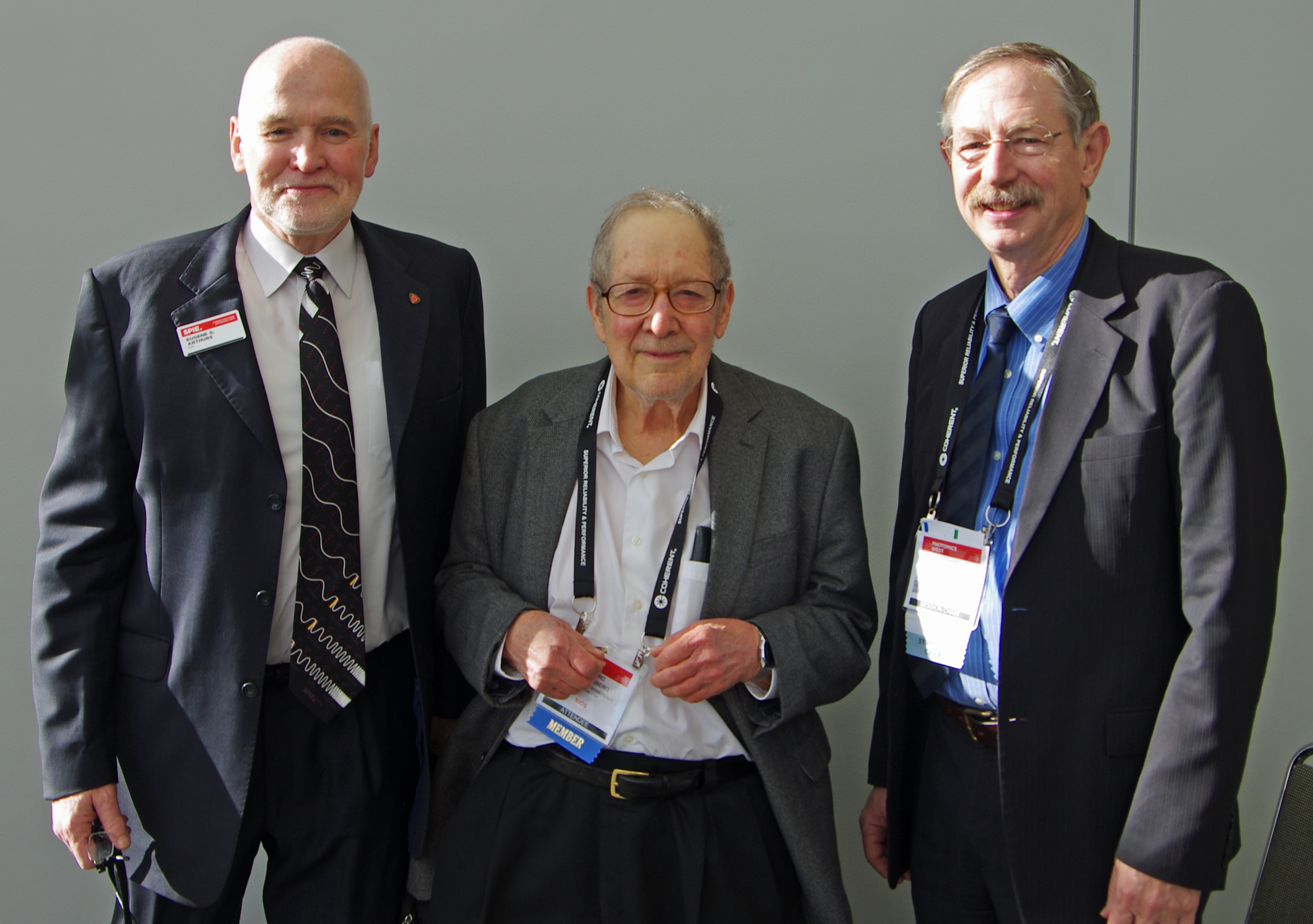 After a stint with Arthur Kantrowitz at Avco Everett Research Lab, and then 10 years at the Air Force Cambridge Research Labs in Bedford, MA, in 1978 Schlossberg landed at AFOSR, serving as the funding officer for the early work - and, in some cases, the ongoing research - of such optics giants as Stephen Ernest Harris, Dan Ehrlich, J. Gary Eden, Margaret Murnane, Henry Kapteyn, Tayyaba Hasan, R. Rox Anderson, Steven Chu and James Fujimoto. "One of the most interesting things I supported was optical coherence tomography with Jim Fujimoto," he recalls. "And a lot of it was just making judgements based on exciting young people. I met Margaret Murnane and Henry Kapteyn when they were grad students at Berkeley and it was clear to me that they were going to be superstars. I also consider Tayyaba one of my great projects because we started funding her in the mid-80s. She was a post-doc; now she's a superstar."

The fact that many contemporary life-saving discoveries and critical research projects began with seed funding from the military might be seen by some as a contradiction, but from Schlossberg's perspective, it's life-affirming business as usual. "The defense department - and particularly the army - fund trauma research and development far more than the NIH," he says. "It stems from them wanting to be able to address these issues on the battlefield, of course, but much of it gets transferred into civilian life. So, for example, consider the war-time use of helicopters: with medivac, civilians benefit too. And the Army's Institute of Surgical Research in San Antonio has probably the best burn unit in the world, wildly advanced and with a fantastic rate of saving people. Fractional laser treatment of scars are marvelous: they treat scars, painful, disfiguring, motion-limiting scars, they treat them, so that there's no pain anymore. Rox did that with other people in the Air Force, mainly Dr. Chad Hivnor; now he does it for children at the Shriner's Hospital."

Though Schlossberg officially retired from AFOSR in 2014 and misses the flexibility of his earlier funding days -- "Recently somebody wanted to buy a spectrometer and this young lady who was doing the grant wanted to know why they needed this $5,000 instrument. So they told her, but it turned out she had no idea what a spectrometer was, so they tried to explain that, but of course she has no idea what a wavelength is either. And this was never necessary - they used to take my word for it: Look, they need a spectrometer, this is a $3 million grant; a spectrometer is $5,000. Let's give it to them."

He still keeps his scouting hand in. "Typically I'll come to a meeting like Photonics West and BiOS," he says, "and I'll see something interesting or unusual. I always wanted to be a little unusual. I'd never wanted to fund stuff that everybody else was funding unless there was some rationale. But coming to a meeting like this and seeing something going on that's interesting, that keeps me interested."

These days, working as a consultant, Howard Schlossberg continues to help others achieve their ambitious dreams, connecting optics researchers with much-needed financial support that will continue to save lives by driving critically-needed science-focused careers. "The joy," he says, "has always been to work with - and support - really smart, talented people."