Buffeted by the ups and downs of the solar market, Solyndra forges ahead with its innovative, US-made technology.
17 March 2011
Solyndra Inc. is a maker of copper-indium-gallium-selenide solar panels for rooftop installations. Solyndra's product is a unique tubular design, with the one-inch diameter tubes arranged into arrays that are easily installed on white roofs.

Affected by everything from feed-in tariffs to natural disasters, the solar industry is undergoing a shakeout, and the challenges are significant as companies strive for grid parity.

In 2010, the company opened a state-of-the-art, billion-dollar factory in Fremont, California. With a $535 million loan guarantee from the U.S. Department of Energy and considerably more in venture capital, Solyndra received plenty of media attention, especially after a visit from President Obama. But in November, the company announced it would close its older factory and cut its three-year production targets by half. Despite the setbacks, the company remains optimistic about its future path. 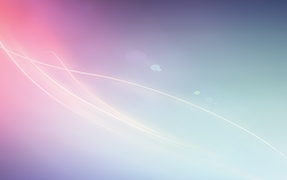