Facebook technologist Katharine Schmidtke never set out to make waves in industry. With a PhD in non-linear optics from the UK's University of Southampton, followed by post-doctoral research into epitaxial growth of non-linear optical materials at Stanford University in the US, her first foray into business was meant to be research-focused.

As she puts it: "I had left Stanford feeling very comfortable that this was all going to be pretty similar, and it was a practical, useful implementation of many things I had been doing during my research."

But photonics entrepreneur Milton Chang, at the time the New Focus CEO, had also hired Schmidtke to head up a product line, and the young researcher's career swiftly shifted paths.

"Of all the people to have this first exposure to industry with," laughs Schmidtke. "Milton Chang had such energy, enthusiasm and passion for entrepreneurship that I instantly caught the bug. This was a huge revelation." 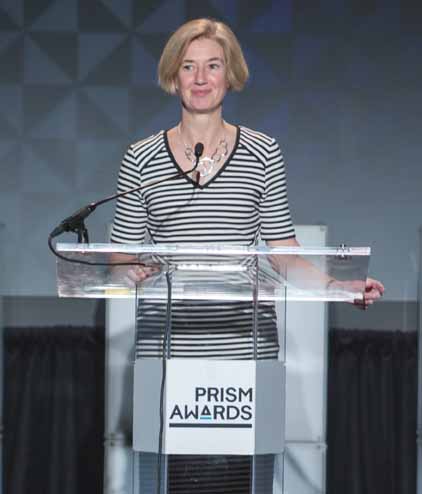 Schmidtke discovered quickly that business demanded the same problem-solving skills as academia, but that the results flew in much faster. "As a physicist it had been fascinating to understand how things work and then to control them," she says. "Yet in business, if you are running a well-oiled machine, you understand how it works, what the controls are, and then you optimize the controls. This was what was unexpected about my job at New Focus."

Dot-com boom
After spending three years at New Focus, in 1998 Schmidtke moved to telecoms-focused heavyweight Uniphase, again to head up a product line. It was the heady days of the dot-com boom, the company was merging with JDS Fitel in a deal valued at $3.3 billion, and would soon acquire a handful of California-based optics businesses for the spectacular sum of $66 billion.

Schmidtke describes her short time at JDS Uniphase as ‘interesting and innovating', as well as ‘a wild ride' and ‘chaos'. So three years later, as stock prices were crashing, she moved to Germany to grow the EMEA (Europe, Middle East and Asia) business for another California-headquartered manufacturer of optical communication components and subsystems, Finisar.

From the word go, Finisar had focused on building high-speed networks for enterprise customers, and so was somewhat protected from the dot-com crash. As Schmidtke points out: "Finisar wasn't primarily a telecoms player. [It] had a good technology mix, and after looking at their management team and technology I was very impressed."

At the time, the company had little to no presence in Europe, but Schmidtke was able to change this from the ground up. In 2002, the company formed Finisar Europe and acquired Germany-based telecoms optical subsystems supplier, AIFOtec, for $2.3 million. In 2004 Infineon's 10 Gb/s fiber-optics arm was bought for $263 million, with the Norwegian optics supplier Ignis following later, in 2011.

That global expansion by acquisition was very much part of Finisar's culture. During her 12-year stint at the company, Schmidtke saw the firm's optical communications market share mushroom from 2% to nearly 15%, making it the market leader in transceivers prior to its pending acquisition by II-VI, announced in late 2018.

"The company put out good technology at a very good price, but I think what was really good about my time at Finisar was the team of people," she says. "We were a cohesive group and had a very close-knit team. Most of the people I hired with around 2002 were still at Finisar when I left in 2014, and many remain there now."

From Finisar to Facebook
Next up was the move to Facebook, to lead optical technology strategy in the role of sourcing manager. In her own words, this wasn't an obvious move, but Schmidtke wanted to make an impact, and Facebook ticked the right boxes.

"I realized I could have more impact on the industry from within Facebook than working for a supplier, even the world's number-one supplier of optical transceivers," she says. "Finisar was trying to guess what customers were going to buy next, and then make it, but at Facebook I work out what technology we need next - and then try to get the supply base to do that."

Schmidtke arrived at Facebook just as the social media giant was starting to roll out its next-generation "fabric" data center architecture. 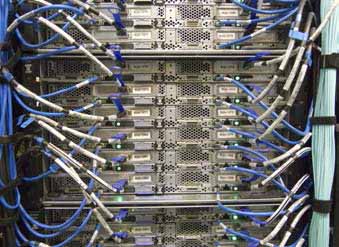 Up to this point, Facebook's data centers had been built using a cluster architecture, in which hundreds of server cabinets and top-of-rack switches were aggregated on a set of massive cluster switches. But to accommodate its exponentially growing machine-to-machine traffic, the company was moving from this hierarchical system of clusters to a more homogeneous, building-wide, fabric network topology. This architecture consists of many more ‘micro-clusters' of servers and switches, and, crucially, is scalable to 100 Gb/s and beyond.

As part of this, Schmidtke was responsible for deploying 100G optical links to connect the switch fabric at ever higher data rates. She made the bold decision to abandon multi-mode fiber, which suffers dispersion and signal losses at data rates beyond 40 Gb/s, and embrace single-mode fiber.

"Many people were still pushing for multi-mode optics as it was cheaper, but I could see that the higher price of single-mode optics was more to do with the way the parts had been specified for telecommunications markets, what the yield was, and also the [relatively low] manufacturing volumes," she points out. "So we altered the specifications to fit our data center requirements, including reducing the temperature range and the link budget, and then by driving Facebook volumes on this platform, brought the price down really quickly."

AR/VR challenge
Clearly Schmidtke has already made a significant impact at Facebook and beyond. When asked why she thinks she was employed by the social media giant, her answer is straightforward; the organization needed to make a decision on what optics to deploy next.

"Back then there weren't many people at Facebook that knew about photonics and they didn't have an expert to help them make that decision; so that's why I was brought in," she says. "I understood this kind of optoelectronics and the market, and knew that solutions are sometimes presented to maintain a market niche for a type of product, rather than what the technology can actually do. I could cut through this and find the optimum solution for Facebook, which wasn't necessarily what the supply chain wanted to sell."

So where next for Facebook and optoelectronics? According to Schmidtke, rolling out infrastructure to accommodate the company's ever-growing data traffic will continue. The advent of video sharing was a particular challenge, and now the prospect of using massive augmented and virtual reality (AR/VR) video files is set to bring another huge leap in scale.

But for the Facebook technologist, the future is integration. "This isn't just putting together the functions that we use today, but it's putting optics together and integrating these with other functions," she says. "Integrating the optics with the switch is one example; it's going to be a while before this happens but that's certainly moving in."

Schmidtke highlights how Facebook is technology-agnostic and won't be drawn on which optical innovations will play a role in the future - although silicon photonics is clearly a compelling candidate. "There are pros and cons with all technologies, even silicon photonics, which right now has a higher loss penalty compared to other technologies," she says. "But we really are agnostic, as we can use any of these technologies."

Rebecca Pool is a UK-based freelance writer. A version of this article appeared in the 2019 Photonics West Show Daily.