In this keynote presentation, Federico Capasso, professor of applied physics at Harvard University, presents advances in dielectric metalenses in the visible, which correct spherical, coma, and chromatic aberrations.

Capasso begins his talk by reminding the audience that conventional lenses still require a very complex type of technology as it takes several lenses to correct aberrations. "Basically, it's 19th century technology perfected for the 21st century," says Capasso. "So it's really polishing, grinding, and so forth with some really expensive machines."

Capasso describes metaoptics as a different way of looking at diffractive optics. "Metalenses have advantages over traditional lenses," says Capasso, noting that metalenses are thin, easy to fabricate, and cost effective, and these advantages extend across the whole visible range of light.

The metalenses developed by Capasso and his team use arrays of titanium dioxide nanofins to equally focus wavelengths of light and eliminate chromatic aberration. The metalenses are designed to provide spatially dependent group delays such that wavepackets from different locations arrive simultaneously at the focus and with the same width.

Metalens research seeks to achieve wavefront shaping of light using optical elements with thicknesses on the order of the wavelength. This miniaturization could to lead to compact, nanoscale optical devices with applications in cameras, lighting, displays, and wearable optics. 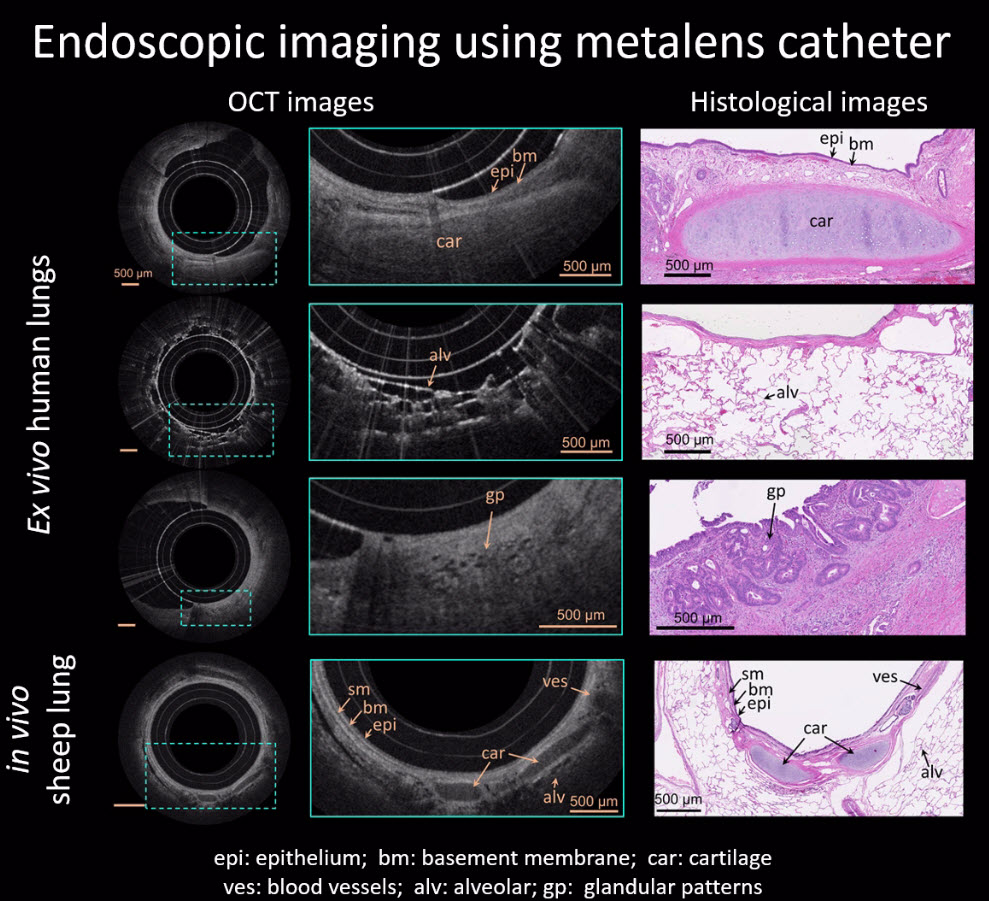 The company has raised substantial investor capital and major industry backing, "so, I think the future looks bright," says Capasso.

Molding optical wavefronts: flat optics based on metasurfaces (Presentation Video)
Metasurfaces based on sub-wavelength patterning have major potential for realizing arbitrary control of the wavefront of the diffracted light by achieving local control of the phase amplitude and polarization.

Video interview: Federico Capasso on the quantum cascade laser
The mature technology of the QCL is now finding commercial applications.