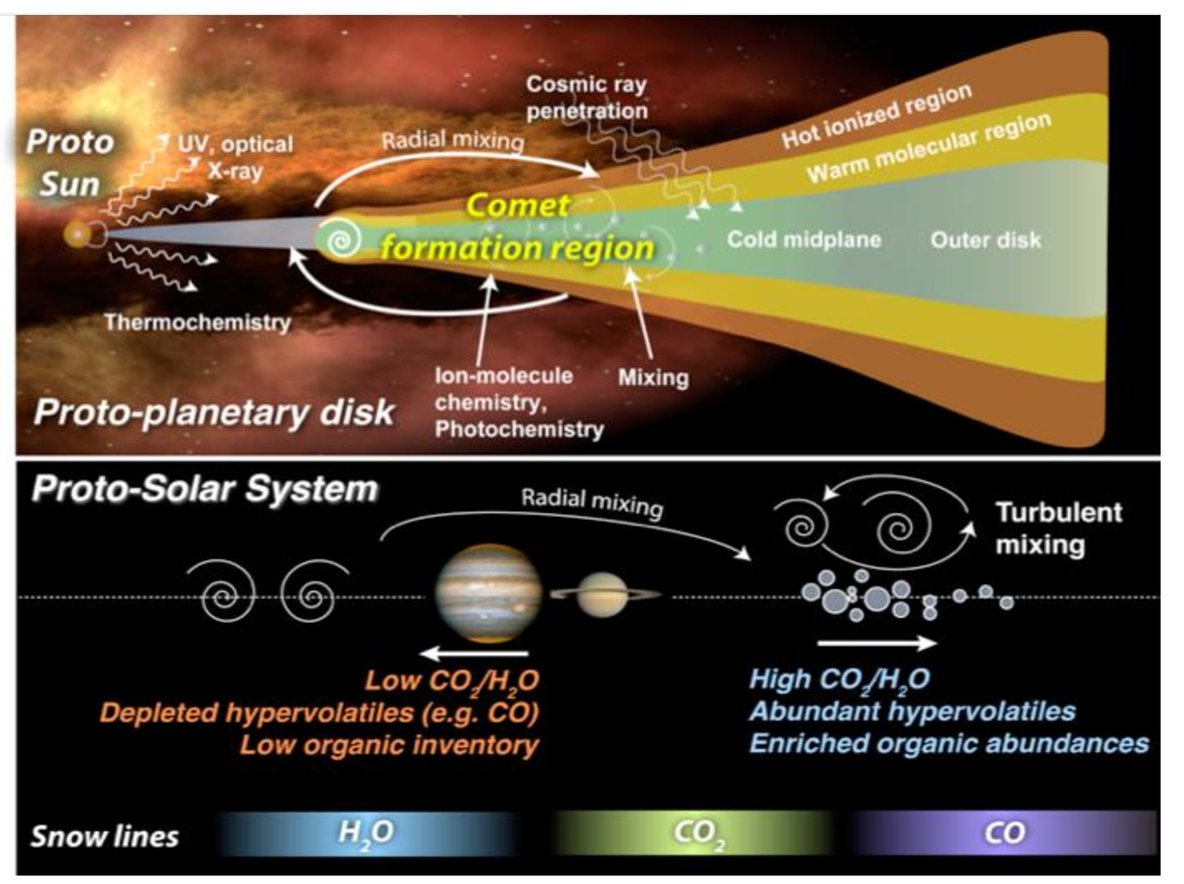 Comets as reflections of the solar system processes, formed during the proto-planetary disk phase and then subject to dynamic mixing. Drawing from Villanueva.

"Why study comets?" asks Pamela E. Clark of Jet Propulsion Lab (JPL) in a presentation at SPIE Optics + Photonics 2018. "They're spectacular. But, in addition to being spectacular objects, fascinating to look at, they represent the very early solar system 4.6 billion years ago, as they are made of material that was around back then."

Clark notes that comets are kind of like "a time travel machine in a way," because they record conditions that existed long ago. This includes the record of early volatiles, which would have been the building blocks of planets. These records are important in learning the origin of life in the solar system. This information is stored in a deep freeze on the outer edges of the solar system.

Volatile materials include ices, organics, and dust. In an interesting ironic twist, Clark adds, they are potentially hazardous to life on Earth.

To explore such comets is the mission of the Primitive Object Volatile Explorer (PrOVE) -- a concept study funded by NASA's Planetary Science Deep Space SmallSat Studies (PSDS3). PrOVE would be the first flyby of what's called the" pristine comet," one of the comets from the Oort cloud.

"So why study Oort cloud comets?" asks Clark. "Well, all the reasons that we gave for why we want to go to comets. They're located in the outer region of the solar system. They therefore allow us to look at relatively pristine materials from the early days of the solar system, because they experience virtually no solar insulation that far from the sun."

Clark and her team are also looking into the possibilities of longer mission lifetimes than what is currently considered possible. She points to ongoing advancements in electronics for deep space that allow longer mission lifetimes, intrinsically more radiation hard components, and the possibility of an enhanced communication and transportation infrastructure in cis-lunar space.