Jay Last and the traitorous eight

The story of the startup that started Silicon Valley
01 May 2021
By Jeff Hecht
Community
The “traitorous eight” researchers who left Shockley Semiconductor Laboratory to establish Silicon Valley startup Fairchild Semiconductor. Jay Last is on the right. Credit: Intel

Photolithography is crucial for production of semiconductor electronics. It was the first practical tool for patterning silicon devices, and remarkably remains the best technology after more than 60 years of ever-shrinking features. The success of scaling photolithography to the nanoscale is flabbergasting to luminary Jay T. Last, a key developer of semiconductor photolithography who is better known as one of the "traitorous eight" who brought silicon to Silicon Valley.

Lithography began as a type of printing invented two centuries ago by German playwright Alois Senefelder. The printer wrote a greasy pattern on smooth rock with oil or wax, then applied an acid solution that etched the areas not protected by the greasy layer. Oil-based ink applied afterwards stuck to the greasy pattern but not to the moist etched areas. A color version of the process followed in the 1830s, and is, in fact, still used for fine art prints. Another variation in the 20th century wrote the patterns by using light to chemically alter coatings called "resists" applied to the surface, and came to be called photolithography.

Bell Labs was the first to use photolithography on semiconductors in the mid-1950s. The first transistors had been made from germanium, but silicon promised better performance. The challenge was making transistors from the much harder silicon. William Shockley, a co-inventor of the transistor, took the idea of using photolithography with him when he left Bell to found Shockley Semiconductor Laboratories in Palo Alto, California, in 1956. Jay Last was one of the first people Shockley recruited for the new company.

Last grew up in Butler, Ohio, a steel-mill town, and in high school worked for a small company that specialized in testing glass. He got a BS in optics from the University of Rochester, which at that time had the country's only optics program, where his mentor, Parker Givens, urged him to shift to the hotter field of solid-state physics, which led him to MIT for a PhD. He was impressed by Shockley's intelligence and intrigued by California, which he remembered fondly from his hitchhiking days in high school. He started his job at Shockley Semiconductor Laboratories in April 1956.

He started with little experience in semiconductors, but learned quickly as he worked on the surface properties of devices. Initially he enjoyed working with Shockley, but came to feel he was being treated as a laboratory assistant rather than a scientist. Looking back, Last said Shockley made two key correct decisions: that silicon was the best semiconductor, and that diffusion was the best process to use when making transistors. However, Shockley grew increasing self-confident, and his decision to make the company's first product a four-layer PNPN diode, rather than a transistor, would prove a disaster.

In the first half of 1957, Last was part of a group working on developing transistors with tiny mesas on top which the team knew how to make by diffusion. But Shockley was the boss, he was pushing the four-layer diode, and his management style alienated everyone. Revolution began to simmer in the ranks as summer approached. Last looked for another job, and quickly got an offer, but he enjoyed the work and the people who were not Shockley.

Last became one of the ringleaders of a group determined to leave the company en masse and take their ideas for making transistors with them. By mid-June, all but one of the group that would eventually be called the "traitorous eight" had resolved to leave Shockley Semiconductor together. Robert Noyce, who was a top manager and the one holdout, would join them later. Behind Shockley's back, they raised funding from Sherman Fairchild to form Fairchild Semiconductor. It's unclear who dubbed them the "traitorous eight," but their success would make them Silicon Valley legends.

"It was a remarkable story," says Last. "We left Shockley and started the business in September, and we shipped the first transistors the next August." They had done some preliminary work at Shockley, but they had to build all sorts of equipment to produce transistors at Fairchild. "I look back and just can't believe we did that. We quickly turned into a pretty good size company."

The key technology they had to master was diffusing dopants into silicon to make them properly semiconducting. Once the diffusion was done, they had to use photolithography to fabricate the precisely defined patterns needed to make the transistors. Making the mesa required depositing wax on top, then adding acid to etch away the silicon on top except where the wax protected it. It was a messy process, Last recalls. "I had all these waxes and ways of printing waxes through masks, and I was such a mess that I kept all these industrial solvents at home in my medicine chest to try to get this black goo off my hands so I'd be presentable for a date."

One important optical innovation was developing a step-and-repeat camera to produce many devices on a single wafer. The idea was that if the camera moved in uniform steps any misalignment would be repeated on all the masks on the chip. That required a set of four matched lenses to make the four superimposed patterns needed to make a transistor. Last went to a big camera store with a lot of microscope lenses, and sorted through their inventory to find four matched lenses. "In a day, I had all the lenses I needed," he recalls.

They needed a lot of other optics that at the time were not made in large quantity. Last went to Bausch + Lomb and said they needed 20 stereo microscopes. "They said they normally made three a year. That was the kind of challenges we were facing," he recalled. But they were able to make the extra microscopes.

Meanwhile, Jean Hoerni of Fairchild invented transistors with planar surfaces covered with silicon dioxide that simplified fabrication of integrated circuits, which Last was put in charge of developing in 1959. He was excited by the technological challenge, although initially uncertain about the size of the market. He became restless as the company grew, and in early 1961 he and Hoerni, another of the traitorous eight, left to start Amelco to make integrated circuits.

They started with a circuit of only four transistors, but big plans. Last told Teledyne, which funded them, "I'm going to build optical equipment like the world has never seen before." And he did. It was a step-and-repeat system with a bed camera 20 feet long mounted on granite blocks to control vibrations. "We made some really spectacular products there, [but they were] in small quantities that disappeared into the classified world."

Last's interests turned to management at Teledyne, which he left in 1974 in his mid-40s to do other things, from starting little companies and archeological conservation, to collecting art—including a substantial collection of lithographic art now at the Huntington Library in Pasadena, California. 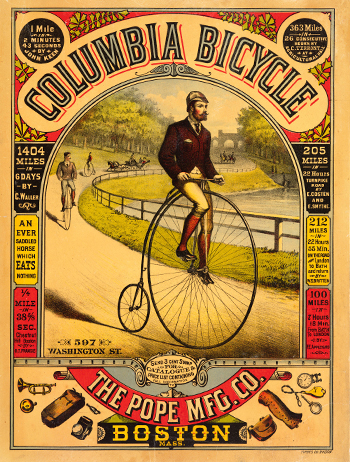 This 1881 lithograph is one of thousands from Last's collection. Credit: Huntington Digital Library.

TAGS: Photonics Focus
Recent News
Photons go to extremes
Infographic: How a chip is born
Technology
So you want to start a lab?
Community