2020 was a bust for automotive, but a boom for semiconductors

While the global economy suffered from COVID, the photonics industry remained quite strong, indicated by current trends in Germany
01 May 2021
By Andreas Thoss
Technology
Overview of an open EUV lithography system NXE:3400B, one of the most complex machines ever built. It weighs 180 tons, consumes more than 1 MW of electrical power, and has a resolution of 13 nm. Credit: ASML

In addition to so many human casualties, the pandemic had a severe impact on the 2020 global economy. The photonics industry, and the industries it supplies with components and systems, were hit as well. In particular, some supply chains were impacted then, and continue to suffer, even though the main factories have reopened. But things are a bit more complex than they seem. In fact, the semiconductor industry was flourishing before the pandemic, and continued to do so in 2020. That boom had a strong influence on the photonics industry, as did the downturn in car sales, which also started before the pandemic. For 2021, the growing field of quantum technology may start to have some positive economic impact.

In January 2021, the International Monetary Fund (IMF) estimated that the world economy contracted by -3.5 percent. The GDP of the US dropped -3.4 percent, and for all other advanced economies, the IMF estimated a -4.9 percent decline. For Germany, one of the world's leading exporters, it was even worse. According to Destatis, the German federal statistics office, the gross domestic product dropped -2.0 percent in the first quarter, and an unprecedented -9.7 percent in the second quarter. Borders were closed, domestic consumption fell, factories halted, and people remained at home. The nation held its breath.

German industry saw a rapid recovery in the second half of the year: The GDP grew 8.5 percent in Q3. With the second COVID wave, another lockdown came in late autumn, which did not hit industry as hard as the first. In fact, the GDP even rose 0.3 percent in Q4. In total, German GDP in 2020 saw a decline of about -5 percent. The manufacture of machinery and equipment was down -13.8 percent year over year.

For chip manufacturers, 2020 was a good year. Those in the photonics industry who delivered to the semiconductor industry greatly benefited. ASML, the Dutch lithography machine manufacturer, reported €14 billion revenues for its financial year 2020—a 19 percent increase!

According to the Dutch magazine bits&chips, lithography machines for deep ultraviolet light (DUV) contributed €7.3 billion to that number. This is remarkable, as most attention went to ASML's flagship project, Extreme UV (EUV). EUV systems contributed €4.5 billion to the annual revenue. Surely, EUV defines the most powerful processor technology at the moment. But it is also a very expensive technology with limited manufacturing capacity at ASML. Thus, EUV is only used for the most minuscule features, while all other structures are made with less expensive systems such as DUV. The article mentioned an average price of €145 million for an EUV system, compared to €60 million for a high-end DUV system.

The high prices of the ASML machines are, however, easily paid by the chip manufacturers. According to the Semiconductor Industry Association (SIA), they have enjoyed a near-full utilization of factories since the second quarter of 2019. And they project orders at full capacity for at least one more year. Their biggest constraint is the availability of manufacturing capacity. 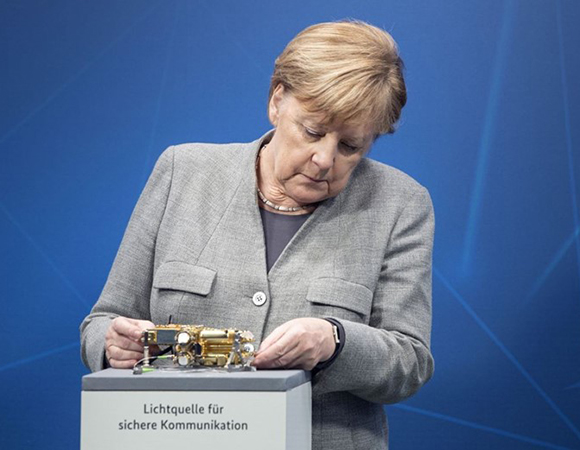 Which leads us back to automotive industry: When car sales fell to almost zero in 2020, manufacturers rapidly hit the brakes. They reduced car production, and re-negotiated chip orders. Chipmakers were not impacted much because capacities were diverted to customers in need. Laptops, tablets, and gaming consoles sold well during the pandemic. Unfortunately, making microprocessors not only requires expensive machines in ultraclean fabs, but it also takes several months to complete a batch. When the automotive industry reramped manufacturing, the semicon industry could not re-route at the same pace.

In Germany, another trend made the chip shortage even worse: In 2020 about 395,000 alternative fuel cars—including hybrid, battery, and fuel cell—were newly registered, which was announced in January by the Federal Motor Transport Authority. That is almost four times the number of 2019. For manufacturers such as Volkswagen and Mercedes, alternative-fuel car sales increased five to six times compared to 2019. And these cars, with their sophisticated computers and power electronics, need even more controllers.

Semiconductor manufacturing has become a strategic political issue on the global stage. China poured billions into its domestic industry, but technology embargos hindered ASML from selling them EUV technology. In early 2021, US President Joe Biden asked for $37 billion to boost chip making within the United States. A similar trend can be seen in the European Union, where a "European initiative on processors and semiconductor technologies" was initiated in December 2020. The document of the decision makers stated, "20 percent of the European Recovery and Resilience plans should go to digital transition; this is up to €145B over the next two to three years. This opportunity to invest in research, design, and production capability for processors in Europe should not be missed."

Trade wars and the pandemic have caused several nations to invest in the establishment of critical technological infrastructure, which will impact revenues of photonics companies making the tools for these factories.

A positive surprise for the German photonics community came in June 2020. Within the €60 billion COVID relief package, "Zukunftspaket für das Innovationsland Deutschland" (Future package for Germany as a country of innovation), €2 billion was dedicated to quantum computing.

When the additional funding came somewhat unexpectedly to the quantum community, the bold promise of immediate execution left most experts in doubt. Several ministries developed plans to fulfill the governmental promise, but they could not agree on a common path. The Chancellor's Office insisted on a common strategy and set up a council of experts from industry and research to develop a roadmap. Early in January 2021, this roadmap was handed over to the Chancellor's office. In March, an "Agenda Quantensysteme" was handed over to research minister Anja Karliczek by representatives of her advisory board for quantum systems. Peter Leibinger (TRUMPF) described the agenda as a milestone that is as significant as the "Agenda Photonik 2020" and the subsequent "Harnessing Light" report were ten years ago. Minister Karlizcek expressed her hopes that it may be supported with a new €300 million program, initiating a 10-year funding period.

More programs can be expected from other ministries. But federal elections are scheduled for September 2021, which will cause several months of reorientation within the ministries. So it appears unrealistic to expect the full €2 billion to be distributed in 2021.

Meanwhile, the quantum community in Germany is busy within existing federal and regional programs. People are forming collaborations to cope with the challenges of an international quantum race. For the photonics community, it will be good news, as many of the components will be made on their benches.

Andreas Thoss is the Managing Director of THOSS Media, GmbH. He studied ultrashort laser pulses at the Max-Born-Institute in Berlin and graduated in 2003. Before founding his own venture in 2010, he served for eight years as an editor for US publisher John Wiley & Sons.