The brain serves as a computer for the body: it regulates body functions and systems, sends signals, stores memories and learned behaviors, and adapts as new behaviors and concepts are learned. One of the most complex organs in the human body, the brain does all this through a dense network of several billion neurons that constantly interact with each other.

Defined by their shape and the molecules they contain, neurons can be categorized into hundreds of different types. When some of these types are compromised, either by injury or chemical imbalance, some of the brain's specific computations can be thrown off. Neurological conditions such as Parkinson's and psychiatric disorders such as schizophrenia can be the result. These types of illnesses affect billions of people around the world and are some of the most problematic medical issues we face today.

In order treat such disorders, scientists are trying to understand how the elements of a neural circuit work together. One method is to selectively stimulate the activity of specific neurons within the circuit, and observe the results of that stimulation on neural computation and behavior.

Optogenetics, which combines optics, genetic engineering, and several other disciplines, is making this possible. In this method, specific neurons are genetically modified with light-sensitive proteins. Researchers can then use light to precisely stimulate and control those target cells. This control offers clinical benefits, especially in treating neurological disorders. 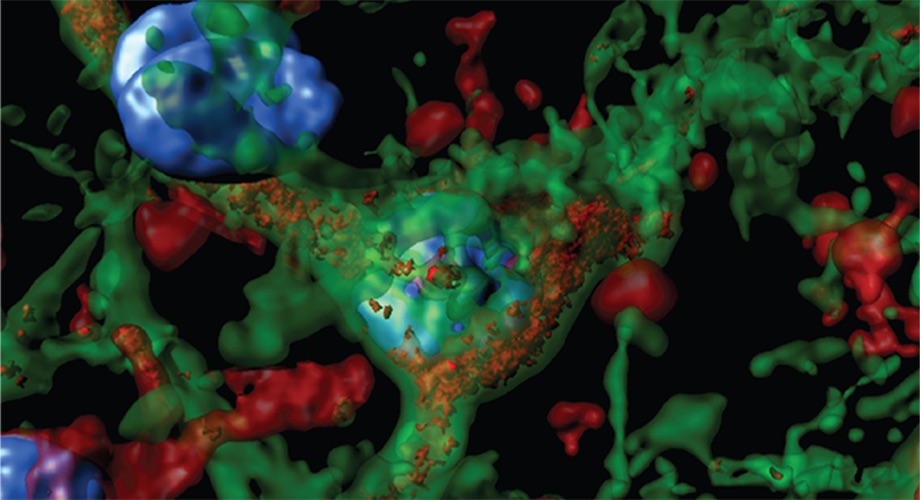 Moving toward a light solution
In 1979, British neuroscientist Francis Crick realized a way to address the problem of targeting individual neurons without affecting others nearby. By that time, scientists had long been able to stimulate neurons using electrical or magnetic interventions, but neither method could distinguish between individual types of neurons that might be sitting right next to each other. Certain microorganisms were known to possess proteins that responded to light, so Crick suggested that light might be the tool to control, turn on, or turn off individual neurons.

This idea was pursued further in the 1980s when Peter Hegemann, a neuroscience professor at Humboldt University of Berlin, discovered that light-activated molecules in green algae and other simple organisms could sense light. Specifically, Hegemann and his colleagues found that channelrhodopsin molecules could be used to switch neurons on and off. Soon afterward, Gero Miesenböck, now director of the Centre for Neural Circuits and Behaviour at Oxford, tested the method on a fruit fly, showing for the first time that it was possible to control the brain using light, and offering a new way to illuminate the brain's function.

In 2004, Karl Deisseroth, a professor of bioengineering and of psychiatry and behavioral sciences at Stanford School of Medicine, wanted to improve the lives of patients with psychiatric disorders. With grad students Feng Zhang — who had a background in chemistry, molecular biology, and virology — and Ed Boyden — skilled in electrophysiology — he conducted experiments showing the rhodopsin proteins first studied by Hegemann in single-cell organisms could be used to activate neurons. The team developed ways to both excite and inhibit neuron activity with light, and achieved the first single-cell-resolution-control of neuronal activity and behavior in living mammals using optogenetics. 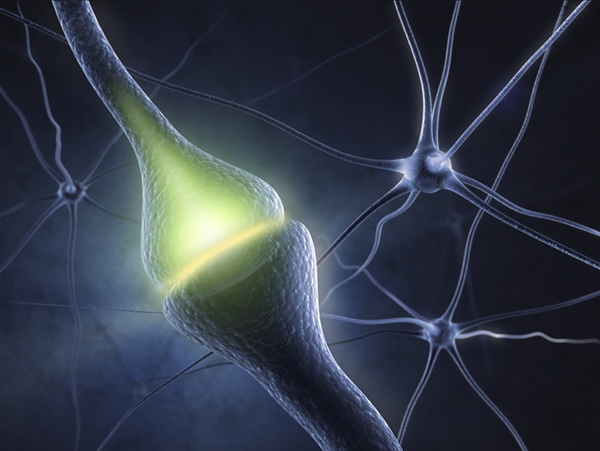 Deisseroth is, in fact, credited with coining the phrase "optogenetics" in 2006. Between 2004 and 2009, his team at Stanford developed a series of tools that can activate or silence genetically specified neurons. These tools are optogenetic proteins encoded from natural species of algae, fungi, and archaebacteria. Like tiny, genetically encoded solar panels embedded in the membranes of neurons, the proteins respond to light by altering the voltage of the neuron. A neuron is itself an electrical device, so by using a virus to express the genes in neurons, the neuron can be activated or silenced by different colors of light.

The light at the end of the synapse
Since Deisseroth first published his team's work in 2005, optogenetics has been gaining worldwide attention. In 2010, Nature selected optogenetics as its "Method of the Year," and researchers working with in the discipline have garnered recognition with awards such as the Warren Alpert Prize; the Berthold Leibinger Zukunftspreis; and the Breakthrough Prize in Life Sciences.

Today, researchers around the world are using optogenetics to define the deficits behind schizophrenia, autism, depression, addiction, Parkinson's disease and more, as well as determining the brain circuitry responsible for specific behaviors. Efforts are underway to refine optogenetic techniques, such as improving the light sensitivity of genetically modified proteins. Researchers are also finding ways of better light delivery to improve the accuracy and efficiency of optogenetic methods. These strategies include arrays of separately controllable LEDs that cover specific areas of the brain as well as infrared illumination systems that can penetrate dense brain tissue.

"What optogenetics allows us to do is to put particular sensitizers — antennas of a sort, for external sources of energy and information into specific kinds of neurons," Deisseroth explained in a 2016 video. "And then we can use light. In this case, if we make light-sensitive antennas or transducers, and make neurons of a particular kind respond to light, and we do that to allow different kinds of ions to flow into cells and turn neurons on or off depending on the experiment, well, that's the fundamental idea of optogenetics and it's something people have wanted to do for a very long time."

Investigating the feasibility of channelrhodopsin variants for nanoscale optogenetics

Controlling the brain with light