In the face of terrorist threats and recent novichok attacks in the UK, a Swedish researcher has outlined a potentially life-saving way to detect traces of chemical warfare agents whose identification currently requires sophisticated laboratory equipment.

"It's rather simple, straightforward and cost effective, yet still highly sensitive," says Käll.

Although this particular technology has not yet reached the product development stage, he adds that researchers in Denmark are pursuing commercialization of similar SERS substrates. 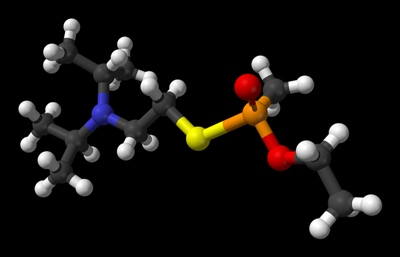 Käll illustrates label-free molecular fingerprinting that he says outperforms earlier tests for deadly nerve agents including VX and tabun. Developed during World War II, tabun is chemically similar to sarin and the novichok family. A cocktail of mustard gas, tabun, VX, and sarin is believed to have been used in the infamous chemical attack on Kurdish civilians in Halabja, Iraq, in 1988.

Meanwhile, there is a growing community of researchers investigating the nano-optical properties and potential applications of dielectric nanoparticles made from high-refractive-index materials like silicon.

"We have learned how to fabricate the silicon particles used for sensing," says Käll. "This combination of steps brings good opportunities for future research.

Mikael Käll is Professor of physics and a Wallenberg Scholar at Chalmers University of Technology (Sweden). In the late 1990s, after PhD and post doc research on superconductivity, he switched to the field of nanooptics, where he has since contributed over 150 papers on diverse topics such as surface-enhanced Raman scattering, nanoplasmonic sensors, and optical manipulation of metal nanoparticles.