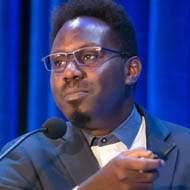 Over the past decade, a variety of advancements have been made in electronic, photonic, and passive devices including the demonstration of 100GHz flexible transistors, the discovery of novel switching properties, development of electronic tattoos, and understanding of interlayer coupling via high-pressure physics.

In a plenary talk at SPIE Optics + Photonics 2017, Deji Akinwande of the University of Texas at Austin (UT), discussed the scientific progress, engineering achievements, and commercialization of flexible/printable/wearable atomically thin materials and devices.

Akinwande, an associate professor in electrical and computer engineering at UT, is known for his groundbreaking research on nanomaterials, sensors, devices, and flexible technology. In 2015, with Alessandro Molle, he created the first transistor out of silicene, the world's thinnest silicon material, and he is continuing to advance the capabilities of computer chips and other electronics.

Akinwande described 2D layered nanomaterials as having a layered structure with anisotropic bonding - meaning they have a strong in-plane (covalent) bonding and weak out-of-plane (van der Waals) bonding. Examples include graphite, graphene, molybdenite, and phosphorene. These layered materials are inspired by nature in that they are honeycombed in design and offer unique properties such as high mobility, high mechanical strength, large thermal conductivity, and diverse optical physics.

Giving a brief timeline of research in 2D electron devices, Akinwande noted that silicene and other materials have emerged as promising materials for topological insulators and that topology was subject of the Nobel Prize in physics last year. 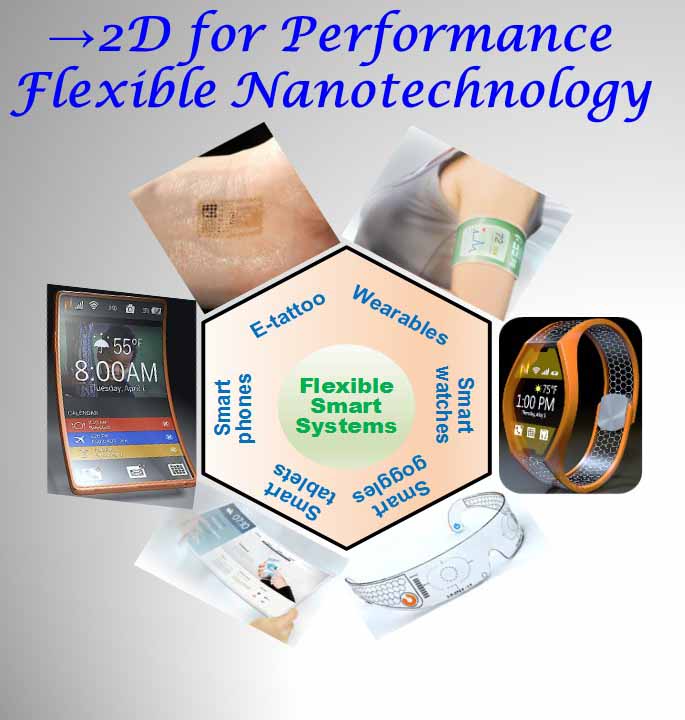 Akinwande added that with this number of materials, it's not possible for experimentalists to lead this research. So, there's great demand for computational driven research to provide guidance to identify the most promising of these materials for specific applications.

A series of graphs showed that tens of thousands of papers are published annually on this growing field. Investments are driving much of this activity - on the scale of several billions of dollars in research that is currently taking place around the world. "It's believed these materials will prove to be a great revelation in several applications," Akinwande said.

A short video from Sungkyunkwan University (ROK) on flexible nanotechnology showed the imagination that is driving this field. In the film, a young woman goes through her day using flat screens, sensors, a watch, smartphone, etc., all demonstrating flexible, foldable, wearable technologies.

"We've gone beyond building blocks of transistors to actually making circuits on flexible substrates" said Akinwande. One driver is graphene, as it offers the highest mobilities for thin film transistors and has fewer strain limits.

To demonstrate this, Akinwande highlighted three prototype circuits - an amplifier, demodulator, and wireless radio receiver. Using his favorite piece of music - Beethoven's Ninth Symphony - he pointed out that the music was originally coming from an iPhone, broadcast wirelessly, received by a 2D transistor, demodulated to recover the music and sent to the speaker for verification. He also noted that "the sound is very clear."

On the subject of converting science to technology, Akinwande said, "there are great expectations on the shoulder of 2D materials. There's a lot of pressure to deliver applications based on these materials given the large investments.

"The goal is that 2D materials will be the new silicon," he added. "Silicon is everywhere in every technology and industry, so this is the aspiration we have for 2D materials, but it's too early to say." In this regard, greater international collaboration and translational partnerships will be most beneficial, he said.

In conclusion, Akinwande highlighted new emerging science and applications such as wearable sensors and human interfaces (with Nanshu Lu at UT); 2D memory effect and atomic tunneling (with Jack Lee at UT); and some recent directions in R&D.

"We're being pushed to deliver applications in shorter timeframes" said Akinwande. "Developing flexible electronics can sometimes take ten years, but the funding agencies now ask for what can be done in five years, so we try to figure it out and accelerate the development beyond laboratory studies. We have integrated wireless capabilities, but we need to improve that significantly and we need to integrate 2D semiconductors for complete flexible/wearable electronic nanosystems."

Much of Akinwande's research is funded by several agencies within the Department of Defense, the National Science Foundation, the White House Presidential Early Career Award for Scientists and Engineers, and the Gordon and Betty Moore foundation.