Lidar, the laser system that sits on top of a self-driving car, is one of the leading technologies that enable autonomous vehicles. The laser fires pulses of light a million times per second in all directions. A detector listens as the light pulses bounce off a faraway object to return to the car. Ultimately, the system creates a 3D map of the surroundings, which the car then uses to navigate. But processing lidar signals consistently is still a work in progress. At Photonics West, Mark Shand, a software engineer at Waymo, discussed some common artifacts that lidars register and some methods to deal with them.

One artifact is a scenario that Shand sums up as "Beware the shiny black car." In this scenario, the pulses of light hit a shiny black car in front of the autonomous vehicle. The blackness absorbs the light, and whatever is not absorbed is largely reflected, perhaps hitting an overhead sign with retroreflectors before reflecting back and hitting the car. If the lidar system is not made aware of the extra reflections, it can naively perceive an object to be further than it is, for example. "I wish people wouldn't wash their cars," joked Shand. "It'd make things a lot easier."

The lidar can also run into ambiguity when objects are far away. Light bouncing off a faraway object will take a long time before the reflected light returns to be detected. By this time, the laser will have fired another pulse, and the lidar system will be confused whether the returned light is the reflection of the initial pulse or the subsequent pulse. This means the system's analysis could return the wrong guess for the location of the obstacle. This artifact can be remedied by spacing some light pulses further apart, said Shand. He referred to the technique as "sparse far probing." 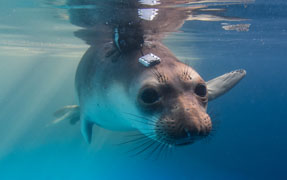 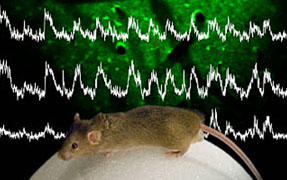