Autostereoscopic (glasses-free) displays provide perspectives of images according to the position of the observer.

Projection displays have the capability of manipulating their images in size and resolution as well as deflecting the direction of projected images. These characteristics are of great benefit for the implementation of 3D displays, which require dense directional images (or view images) for achieving natural perception of 3D images. Adopting a multiple projection system can greatly increase the image quality and performance of 3D displays. 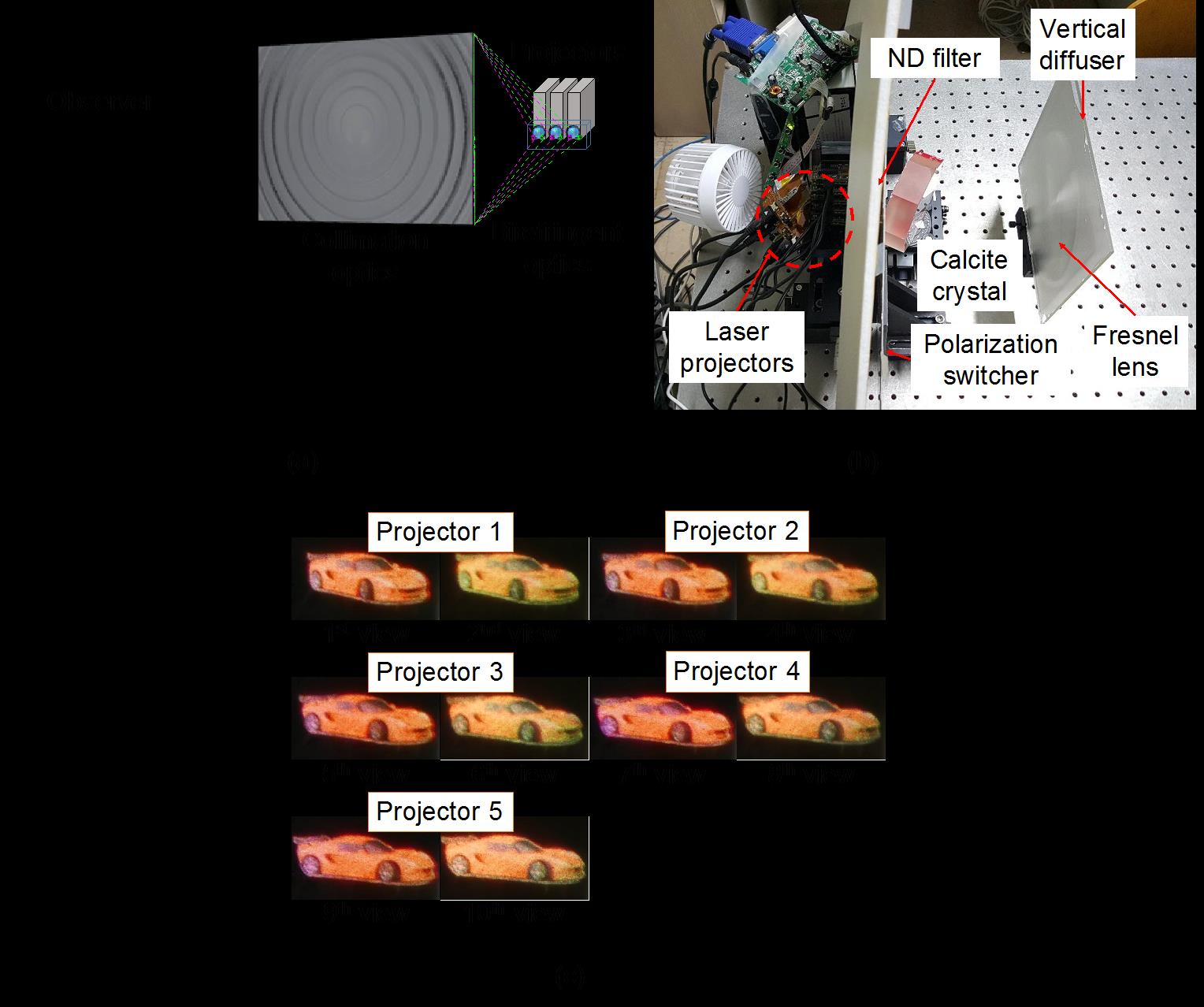 Compressive multi-projection
Another method of increasing the image quality is adopting compressive light field method.4 By placing a liquid crystal display (LCD) which controls the transmittance of the light rays propagating the space, the set of directional view images can be regarded as a multiplication of images from projection optics and the transmittance of the LCD. Image data for the LCD and projection optics can be calculated by optimizing the directional images with given viewing position, specifications of displays, and optical geometry of the system. 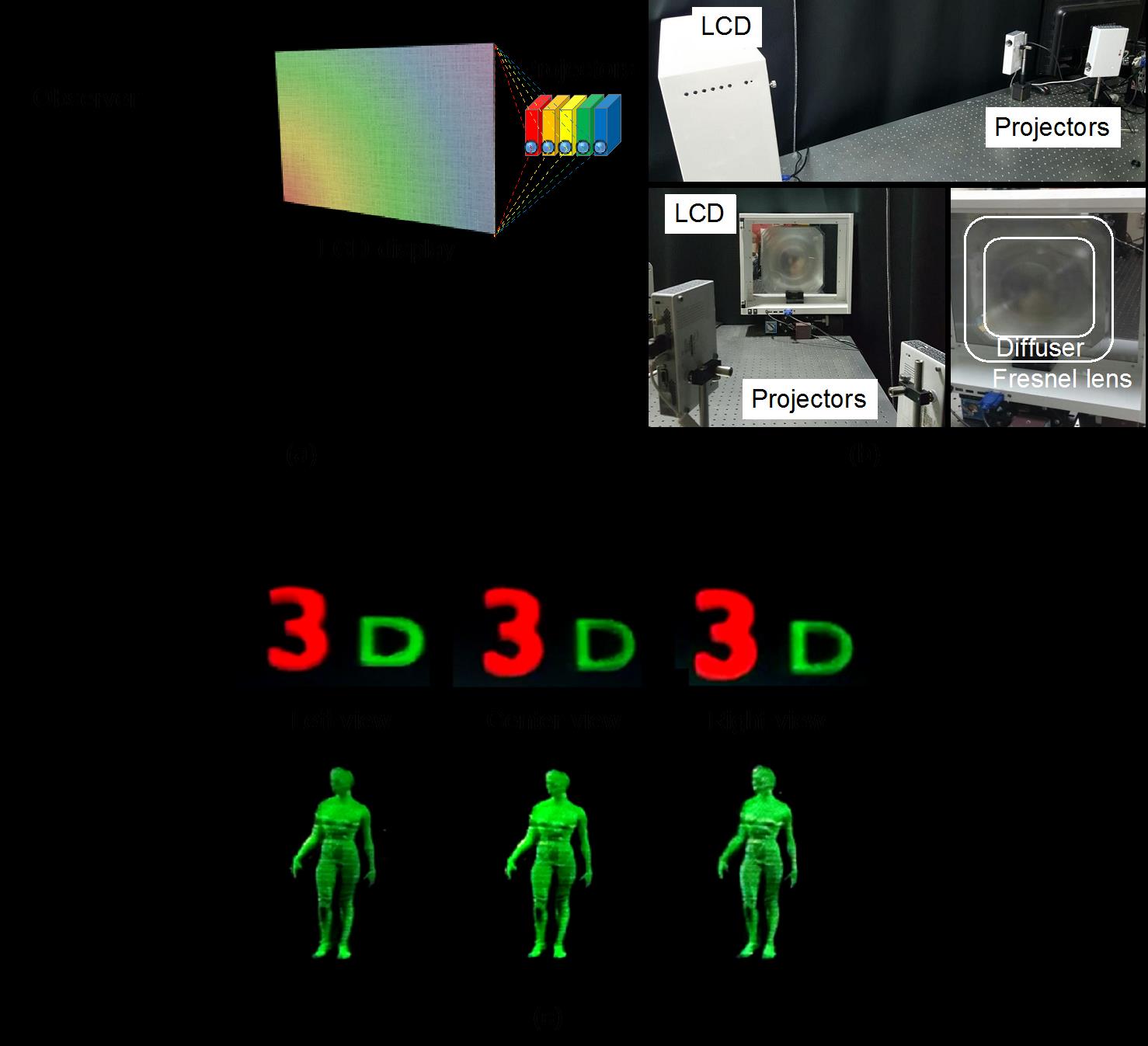 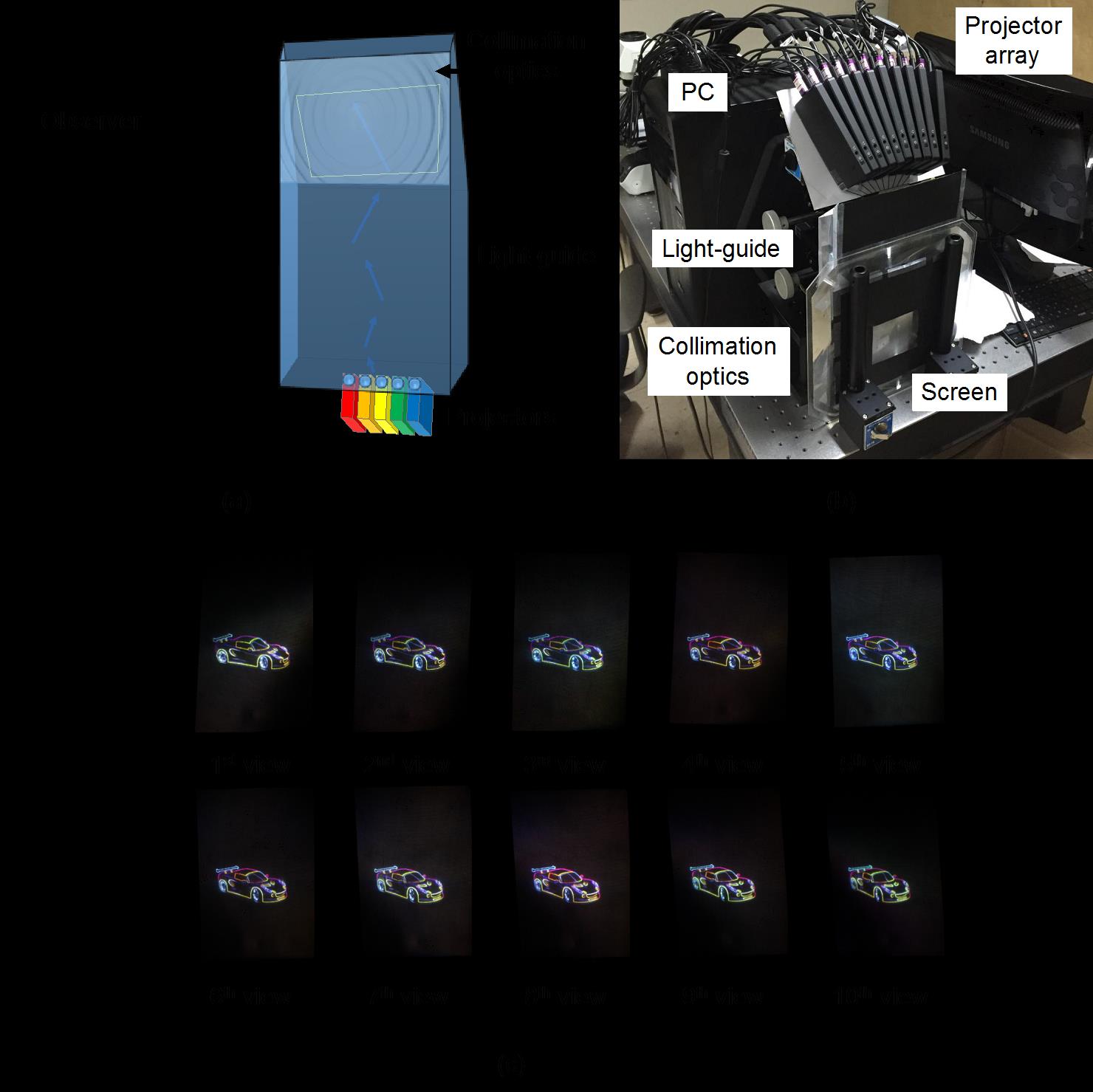 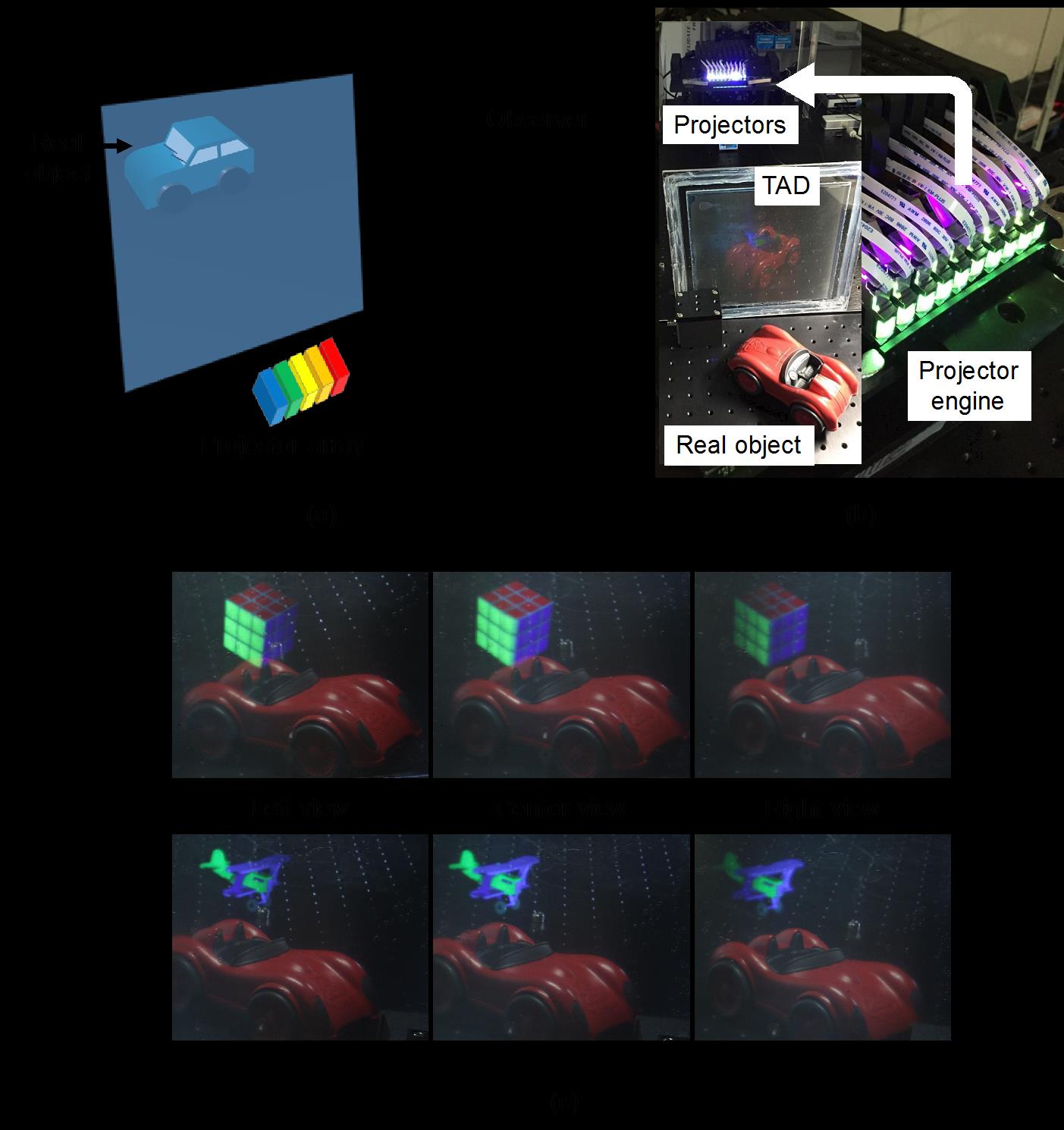 Byoungho Lee received his PhD from the Department of Electrical Engineering and Computer Science, University of California, Berkeley, California, USA in 1993. He has been in the faculty of the School of Electrical and Computer Engineering, Seoul National University since September 1994, where he is now serving as the head. He is a Fellow of SPIE, OSA, and IEEE, and a member of the Korean Academy of Science and Technology. Currently, he is on the editorial board of Advances in Optics and Photonics, Light: Science and Applications, and Applied Physics B. He serves as the editor-in-chief of the Journal of Information Display. He served as a vice-president of the Korean Information Display Society and is serving as a vice-president of the Optical Society of Korea.

Soon-gi Park is currently working as a research scientist in Korea Institute of Science and Technology. He received his BS and MS from the Department of Information Display at Kyung Hee University in 2009 and 2011, respectively. In 2015, he received his PhD in electrical engineering and computer science from Seoul National University. From October 2015 to December 2016, he was a postdoctoral researcher in the Department of Electrical and Electronical Engineering at Tokyo University of Agriculture and Technology, Tokyo, Japan. His research focuses on 3D display systems including various autostereoscopic displays, multi-projection displays, and optical systems for augmented reality including see-through displays.

Keehoon Hong received his BS in electrical and electronic engineering from Yonsei University, Seoul, Korea, in 2008 and his PhD in electrical engineering and computer science from Seoul National University, Seoul, Korea, in 2014. He is currently working as a Senior Researcher in Electronics and Telecommunications Research Institute, Daejeon, Korea. His research interests include autostereoscopic display, digital holographic display, and holographic optical elements.

Jisoo Hong received his BS and MS in electrical engineering from Seoul National University, Korea in 2002 and 2004, respectively. From 2004 to 2008 he was a senior research engineer with LG Electronics, Korea. In August 2012, he received his PhD from his alma mater. In 2013, he was a postdoctoral researcher in the Department of Physics at University of South Florida, Tampa, Florida. Presently, he is a senior researcher with KETI (Korea Electronics Technology Institute). He is interested in 3D display techniques ranging from light field to holographic representation and incoherent digital holography for biomedical imaging and 3D photography.
Recent News
Filling the gaps
Publications
Nonlinear wave mixing facilitates subwavelength imaging
Publications
Found in translation
Community