Halina Rubinsztein-Dunlop on mammalian-like zebrafish brains, the optical tools in her research kit, and her favorite role model.

Toward the end of her PhD in atomic physics—she was studying the hyperfine structure of atoms—SPIE Fellow Halina Rubinsztein-Dunlop began utilizing the then-new technology of lasers. "All my research can be described as working on light-matter interactions," she says. "Prior to lasers, most of our light sources were spectral lamps, so lasers brought in a whole new level of flexibility: we were totally amazed with the new toy in our hands."

Observing the development in lasers generates the same amount of excitement in Rubinsztein-Dunlop, a professor of physics at Australia's University of Queensland and a chair of the Nanoscience + Engineering Symposium at this year's SPIE Optics + Photonics. After all, she's watched laser technology shrink from huge machines which "took up half of the room and the majority of the optical table," to the teeny-tiny devices in use today. "Also what you can do with them, what you can use them for, is amazing," she says. "I do love laser technology and laser applications." She's also always loved working with small things. Her career began in atomic physics—"the smallest of smallest," as she notes, "but not the tiniest of the tiniest. I never worked in particle physics; I never worked with quarks or gluons. But I was interested in atomic structure and work in quantum atom optics. It always held a fascination for me, to be able to interrogate nature at a small level. Newtonian mechanics describes the world around us; when you explore on a smaller scale, you eventually have to switch to quantum mechanics. Today," she continues, "I find myself in this borderline space of classical and quantum physics, asking, ‘How big can the systems be to still be described by quantum mechanics?'" In order to answer that question, says Rubinsztein-Dunlop, you have to work at nano and micro scales. "These are, comparatively speaking, large things; compared to atoms, they're huge. They are what we call microsystems, but approaching the macroscale."

Her current work in biophotonics and laser micromanipulation involves the use of lasers such as optical tweezers and laser scissors, to manipulate objects using light. "With optical tweezers," she explains, "you're trapping things—tiny little entities that are of the order of pico-newtons; that's small—you trap them in three dimensions, and exert forces on them, and move them around to your liking. Optical tweezers act like our normal tweezers, but instead of using mechanical tweezers you are just using laser light that's highly focused: you grab something, and apply force to it to move it. What is beautiful about it is that it's a quantitative method: you can evaluate how far you move an entity and what sort of force you're applying, so you can start interrogating complex biological or solid state systems in a very precise way." Laser scissors, on the other hand, "cut" by burning or applying a shockwave to the system under study, creating holes in that system.

Rubinsztein-Dunlop's work has included using laser micromanipulation to examine red blood cells for efficacy, to discover how long blood products can be stored, for example, before being safely used. As red blood cells get older and less useable, their elasticity changes: "If you have a quantitative method of measuring this change in elasticity of the blood cell, then you can draw conclusions about the viability of the product. So using optical tweezers, I grab this blood cell at two ends. I keep one of my tweezers still, and I stretch the blood cell with the second tweezers. And then I have an apparatus which is a detector, which can measure how much I stretch it."

Rubinsztein-Dunlop's particular focus recently led to a pioneering collaboration with her university's school of biomedicine: the biologists were interested in an investigation of our vestibular - balance and motion - system. This system, says Rubinsztein-Dunlop, is impacted by otoliths, the little stones we have in our ears; gaining physical control of the otoliths would permit the exploration of the vestibular system. "The question they had," she says, "was ‘How does the signal from this system go through the brain to let us know that something is happening with our balance?'" Human brains are large, with extensive numbers of neural networks; in this experiment, researchers utilized brains of zebrafish embryos, much smaller but good models of the human brain.

"So here come our optical tweezers," says Rubinsztein-Dunlop. "We take focused laser light and we send it to the otoliths which are controlling the balance system of the fish: the fish has one stone for balance in each ear, and then one for hearing. So I can make my light interact with just one of the stones, I can make my light interact with both stones on both sides, I can shake those stones in one way, or in another, and I can see what the fish does. By applying my optical tweezers and nudging those stones and moving them around with known force, I can see what the reaction of the fish is. I can observe how the fish moves its tail to try to compensate for the interaction with its balance system, and I can see how the signal is transducted through the neural networks. Being able to answer important questions in biology by using our biophotonics physics methods is really exciting."

Beyond her lauded research, Rubinsztein-Dunlop is also known for her proactive support of other women in science. Empowering women is very important for the well-being of our society, she notes: "Quite often, when I'm working with women who come, say, to do a PhD with me, I can see that they are incredibly capable, clever, enthusiastic, and that they also need this little, little, little push so that they will believe in themselves to the extent that is necessary for their success. Seeing that happen, if I can help achieve that, I feel really extremely energized and happy." 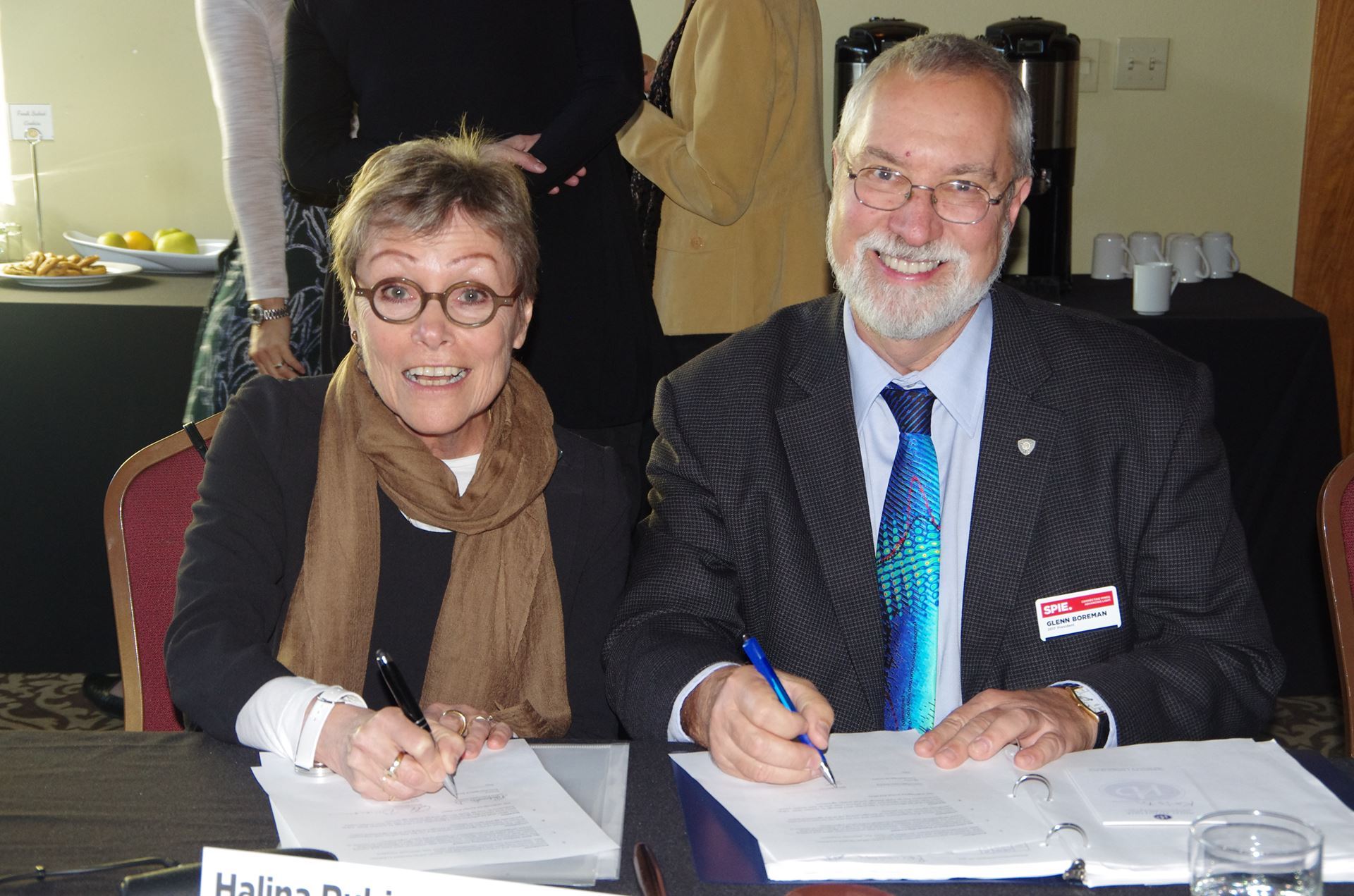 She draws energy, too, from her activities with SPIE, as a conference chair, committee member, board adviser, and all-round participant. "I love being connected with people around the world," she says, "and being able to work with SPIE, to push it forward, is both interesting and rewarding, especially when it comes to recognizing the connections between basic research and industry. Working with SPIE broadens my horizons."

Rubinsztein-Dunlop, as it turns out, had an early-in-life horizon-broadening experience. Her mother, also a physicist, encouraged her to be curious, to ask questions about how the world functions. "As a kid, I didn't appreciate it because I just wanted to play," she recalls. "But her guidance and enthusiasm for science sparked in me an interest in wanting to know more. She would come home and tell us all about it, and ask questions and probe a little bit, prompt a little bit. She taught me to persist and to be inquisitive and to want to understand, and also - and I think this is what was important - she showed me that women can do it. It was," she says with a grin, "infectious."