Video interview with Charles Townes: The early days of laser and maser research

The SPIE 2010 Gold Medal winner reminisces about the formative years of the laser, and talks about new horizons in science.

Charles H. Townes is the 2010 recipient of the Gold Medal of SPIE in recognition of his extraordinary foresight in recognizing the potential of the laser and coherent light 50 years ago, for his pursuit of the requisite scientific inquiry to turn lasers into one of the most potentially disruptive technologies of the 21st century and finally for his pioneering scientific contributions to the fields of optics, lasers, astronomy and molecular spectroscopy.

Townes's principal scientific work is in microwave spectroscopy, nuclear and molecular structure, quantum electronics, radio astronomy and infrared astronomy. He holds the original patent for the maser and, with Arthur Schawlow, the original laser patent. He received the Nobel Prize in 1964 for fundamental work in quantum electronics which has led to the construction of oscillators and amplifiers based on the maser-laser principle.

Townes graduated from Furman University in 1935 with a Bachelor of Science in physics and a Bachelor of Arts in modern languages. He completed a master's degree in physics at Duke University in 1936 and in 1939 received the Ph.D. degree in physics at the California Institute of Technology. He was a staff member of Bell Laboratories from 1939-1947, then successively Associate Professor of Physics, Professor, and Chairman of the Physics Department at Columbia University between 1948 and 1961, during which time he and Shawlow developed and patented the laser. In 1959-1961, he worked in Washington D.C. as Vice-President and Director of Research of the Institute for Defense Analysis. He was Provost and Institute Professor at the Massachusetts Institute of Technology 1961-65, and University Professor at the University of California, Berkeley, from 1967 to the present.

Townes was interviewed at SPIE Photonics West 2010, during the Advancing the Laser celebration, by SPIE 2010 president Ralph James. 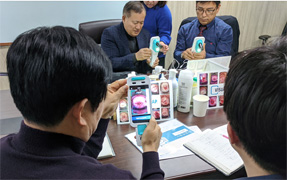 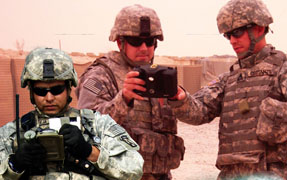 Want to Reconfigure Images on a Chip?
Events, Technology