3D stepping out of its comfort zone

3D display, film, and game technology has progressed rapidly in the past ten years. 3D is now beginning to appear on the consumer market, with even more devices and media scheduled for release next year. While many people are excited by the new possibilities of 3D technology in the home and office, some have expressed concern that 3D displays aren't ready for mass consumption. Others have expressed concern over viewer safety and possible side-effects of extended 3D viewing. Is 3D technology ready for prime time?

Many ways to play

Gone are the days of geeky 3D glasses of the 1950s or 1980s -- sort of. With films like Avatar and Alice & Wonderland released earlier this year, viewers wear glasses in order to see the 3D effects, either using polarization or alternate-frame sequencing glasses to convert the images. The technology behind these glasses is easier on the eyes and creates higher-quality images. However, these technologies still require heavy, often expensive eyewear. Most televisions and other displays currently being sold require some sort of glasses or head-mounted gear in order to properly view the 3D images.

Autostereoscopic 3D displays are quickly becoming more available, and require no glasses, but require viewing from a very specific location. Some autostereoscopic displays use eye-tracking systems to automatically adjust the two displayed images to follow viewers' eyes as they move their heads, in an attempt to ease the problem of precise head positioning. 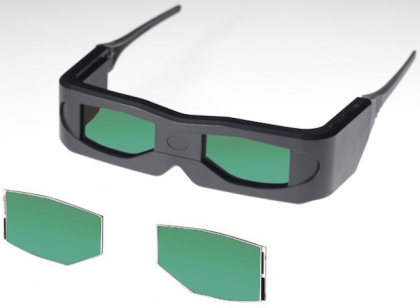 Autostereoscopic displays are ill-suited for large audiences such as cinema, but phones and other handheld mobile devices are generally used by one person at a time and are easily held at the optimum angle, making them a good candidate for autostereoscopic 3D. "3D displays on mobile phones are often the glasses-free variety as it is easy to move the display to get into the right viewing position," says Julien Flack of Dynamic Digital Depth. In exchange, these phones must have either higher processing power or somehow compensate for display quality on a smaller screen.

Dynamic Digital Depth (DDD), NVIDIA Mobile, and other companies have developed software that synthesizes 3-D scenes from existing 2-D video by estimating the depth of objects using various cues. "DDD's core technology is the ability to recover depth maps from a single image or sequence of images and subsequently use the depth map along with the original 2D image to synthesise stereoscopic image pairs," explains Flack. "This process can work on both glasses-based two-view stereo display as well as multi-view autostereoscopic displays as it is possible to synthesize a number of views using the depth based render."

Jumping into the deep end

Overall, people are excited by the prospects of 3D displays available for personal use. The market is quickly heating up with companies like Panasonic, Philips, and Samsung, and others trying to get their products out to market first. Not only are there 3DTV displays available, but 3D gaming consoles and iPhone apps that convert images to 3D are becoming more prevalent. Sony plans to release 3D game software in time for its 3D TV launch in June. Electronics manufacturer Sharp has released a new HD 3D camera module for mobile devices. Motorola is releasing its MT810 phone with an autostereoscopic 3D display. Xbox is releasing 3D games in South Korea as early as June. Fujitsu recently introduced an all-in-one desktop PC that includes a 3D display and dual cameras that can record 3D video and stills. Apple is currently developing its own autostereoscopic 3D products.

Several television companies have begun broadcasting entire channels of 3D sports. British Sky Broadcasting launched a Sky 3D channel in April. Starting on June 11, ESPN will launch a new 3D channel with up to 85 live events a year. Many films are in the process of being converted to 3D, such as Disney's 1991 animated film Beauty and the Beast. 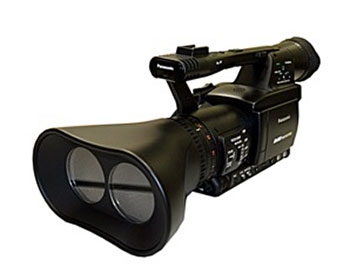 With the huge influx of devices to the market, some are raising concerns that 3D technologies haven't yet been thoroughly tested, and may not even be safe for some viewers. Several doctors have expressed concern that wearing 3D glasses for extended periods could produce eye strain or even permanent damage. Specialists at Russia's Eye Microsurgery Institution have found that a person watching a 3D movie with polarized glasses may feel discomfort and dizziness for at least 30 minutes after the film.

At the same time, Marcus Barkowsky and Patrick Le Callet of CNRS, Univ. de Nantes, France, reviewed the effects of 3D in a 2010 SPIE conference paper "The influence of autostereoscopic 3D displays on subsequent task performance," (752416), and did not find any negative impact on a viewers' performance of a task performed as part of their experiment.

Nonetheless, Samsung has released an extensive list warning pregnant women, the elderly, the young, and anyone under the influence of alcohol to refrain from watching 3D. They also recommend turning off fluorescent lighting and to block sources of direct sunlight.

Market analysts are also worried that pushing the conversion to 3D may be coming too soon for most consumers. The prices for 3D television and gaming displays are still extremely high, with a limited selection of media to watch. There has also been a push over the past few years for viewers to upgrade to high-definition televisions, as well as the recent conversion to digital broadcasting. Market watchers fear the push for this new technology may be too much for most pocketbooks.

"Hurdles include the availability of 3D content, 3D standards, cost and ergonomic issue relating to the 3D glasses," says Flack.

Manufacturing displays that can balance brightness and contrast are still a challenge, according to Clifford Hund, president of Corning International K.K. (Japan). "You don't want to put anything on the screen that interferes with the 3D projection; even a cover glass can create splotchiness or crosstalk. Cover glass and bandwidth are going to be very important for 3D."

"It's not plug-and-play by any means," said Chris Chinnock, president of Insight Media, during a panel at the Society for Information Display (SID) Display Week conference in May. "The euphoria is way too high, and I think there will be an era of disillusionment." Rhoda Alexander, director of monitor research at iSuppli, agreed, "people start with this immersive experience [at the movies], then get the TV, and will need to adjust their expectations."

Creating standards is an important first step to securing a future for 3D. "Resolving these is critical to the commercial aspects of stereoscopic displays," says Nick Holliman, head of the Innovative Computing Group at Durham University, UK, and co-chair of the SPIE Stereoscopic Displays and Applications XXI conference.

Despite these concerns, many people have high hopes for 3D. By the end of the year at least ten 3D channels will have launched worldwide. DailyTech predicts that in 2018 the 3D displays market will hit $22 billion, and that the largest market will be for mobile displays.

However, analysts do not see 3DTV being adopted en masse anytime soon. 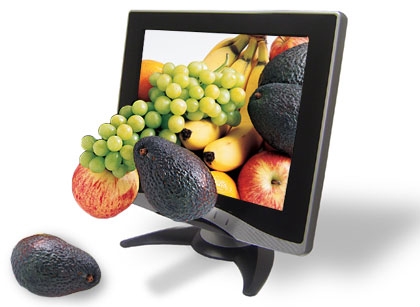 "I think this is an early-adopter year. You're going to start to see rollout of 3D, but this is a work-the-bugs-out year," said Chinnock. Alexander forecasts about 3.2 million 3D displays this year, "but it will still be a very niche market."

Many analysts predict that the first place to see adoption of 3D display will be the gaming world. "I believe that applications for a single viewer, such as games, will be the most popular initially, with family-based 3D TV remaining a challenging technical problem for some years to come," says Holliman.

Another possibility is 3D technologies being used to watch us. Steve Bathiche, director of research, entertainment and device division at Microsoft Corp., demonstrated autostereoscopic eye-tracking technologies being used to create smarter, more responsive interfaces for computers, games, and video conferencing at the keynote talk at SID's Display Week conference. "Our goal is to create displays that can see, and not just understand where you touch, but what you are touching," said Bathiche. "We want to break the 'fourth wall' of displays."

"The route to the mass consumer audience is clearly very enticing, but stereoscopic 3D remains technically difficult and some of the problems come from fundamentals that are yet to be understood or resolved," says Holliman. "Nevertheless the huge enthusiasm for the sensation of 3D from viewers will drive the commercial uptake in the most suitable markets very quickly."

Researchers at MIT's Media Lab have created "Surround Vision," a way to get a look at what's going on beyond a regular screen view. The technology syncs smartphones with a TV set so the handset picks up what's shown on either side of TV screen.

A newly upgraded 3D laboratory at the University of Abertay Dundee is bringing the latest audio-visual interface technology to games development in the form of a state-of-the-art virtual reality helmet. The HIVE, part of Abertay's Institute for Arts, Media and Computer Games, is also being used as a development platform for 3D TV and 3D cinema.

Others are seeing the rise in social TV-different systems that combine active social media like Facebook and YouTube with the more passive experience of traditional TV. The Winter Olympics saw a large uptick in viewership, thought partially due to being integrated with social media.

Beth Kelley
Beth Kelley is a writer and editor for SPIE.