Germany has established itself as a world-leading center for photovoltaics technology, thanks to legislation designed to encourage its development.
19 October 2007
By Siân Harris

"We are at the end of the fossil fuel age. Solar electric power is an essential part of the global energy equation," believes Keshav Prasad, vice president of business development for Signet Solar. "The Sun delivers 10,000 times the energy used on the earth daily -- for free and ready to be tapped." The US startup is banking on this belief as it prepares to begin production of thin-film photovoltaic (PV) modules next year in its first manufacturing plant.

So where would such a company choose to site its first plant? In its home country, the United States? Or perhaps a lower-cost facility somewhere in Asia? No, Signet Solar opted for Germany, and is happy that it did so.

Signet Solar is not alone in making this choice. It has joined a long list of foreign solar-energy companies that have located facilities in Germany. The list includes Arise Technologies of Canada; US-based First Solar; EverQ, which is a joint venture between Germany's Q-Cells, Norway's REC and Evergreen Solar of the USA; and Sunfilm, a Dutch-Norwegian joint venture.

What's more, Germany is not just the location for foreign PV businesses. According to Ralf Segeth, senior manager for renewable energies and resources for the German government organization, Invest in Germany, approximately 60 percent of the PV companies in the country are home grown. These include businesses such as Wacker Chemie, Q-Cells, Solarwatt, Schott Solar, Würth Solar, and Solarworld, covering all parts of the PV technology supply chain. "The majority of the companies in PV are still of German origin because Germany was an early mover in this area," Segeth points out.

The strength of PV technology in Germany is reflected in its figures. Analysts place the country as by far the largest PV market, with a turnover of €3.7 billion in 2006 and expected double-digit growth rates for the upcoming years, according to Invest in Germany. Indeed PV has become such big business, especially in eastern Germany, that people have even begun to predict that it could overtake Germany's automotive industry in size.

One of the biggest factors in many companies' decisions to base their facilities in Germany is the results of national legislation that was passed in 2000. Germany's Renewable Energy Sources Act (Erneuerbaren-Energien-Gesetz, or EEG) requires electricity companies to buy a certain amount of electricity derived from renewable sources such as solar power and to pay above market rates for it. The effect of this law has been to enable solar electricity companies to compete with those providing electricity from fossil fuels and to help push the adoption of this electricity source by consumers.

Such efforts have paid off in terms of adoption of the technology. According to analyst data from REC/Solarbuzz LLC 2007, Eurobserv'er and BSW, in 2006 Germany accounted for 56 percent of the world's solar energy technology market and around 80 percent of the European market.

But this law did more than help to establish a consumer base. It also attracted innovation and new business. Germany already boasts some leading research institutions with research interests in this area. As the market grew, commercial companies also sprang up, grew or moved to the country to meet the increasing demands for PV technology. 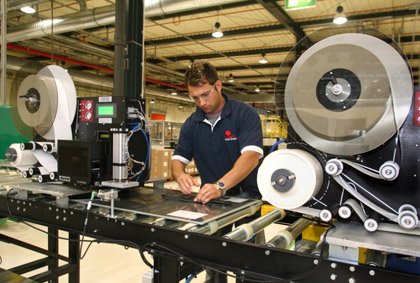 Figure 1. A First Solar employee at the company's facility in Frankfurt (Oder), Germany.

As Bruce Sohn, the president of First Solar, explained at the opening ceremony of his company's new facility in Frankfurt (Oder) in eastern Germany, "The most important reason for First Solar to be here arises from the outstanding policies created by the forward-looking EEG... I wish to pay tribute to the leaders and lawmakers that were instrumental in shaping the EEG... It is because these visionaries succeeded in promoting a system that truly rewards the generation of solar electricity that First Solar chose to invest in the construction of a manufacturing plant on German soil... The EEG is an economic catalyst which should be seen as a role model for countries around the world."

The government backing of this industry did not stop with this legislation. The German government and the governments of the federal states also provide funding for photovoltaic research and financial incentives to companies looking to locate facilities in the country, especially in eastern Germany. And as eastern Germany is a designated development region, the European Union is also offering incentives for companies that are providing employment and boosting this region's economy.

"In eastern Germany there are plenty of highly skilled people but unemployment rates there are still quite high. Companies there can receive up to 50 percent cash incentives," comments Invest in Germany's Segeth.

First Solar, for example, received a €45.5 million incentive package towards the construction of its new plant in Frankfurt (Oder). And such packages are already having an effect on the region. The new factory has resulted in over 400 new jobs in the area. According to Invest in Germany, a third of these new employees had been unemployed. Ten percent are native to the region but had previously left the state in order to find work.

Another benefit that is attracting companies to Germany is the cluster effect of the companies and research institutions already in the area. "Companies are working together and with research institutes and equipment manufacturers. This enables technology advances and attracts more companies," says Segeth.

Signet Solar's Prasad agrees about the synergistic effects: "The access to people, technology, and equipment is key to success. A new company which is building its infrastructure can cut time to market by half when it is located in such an environment," he explained.

"We chose Germany as the location for our production plant because it is the world's largest solar market. There is a high concentration of solar companies in this region and a well developed technical workforce to draw upon," comments Ian MacLellan," president and CEO of Canada's Arise Technologies at the start of construction of his company's new plant. 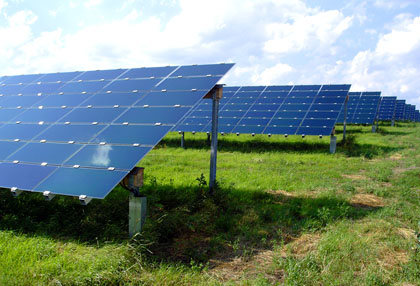 First Solar's Sohn says that his company was able to source more than half of its equipment from suppliers within Germany. First Solar also has helped a Canadian company invest in a new processing facility in Brandenburg that will operate part of First Solar's collection and recycling process. This program means that that every module made in First Solar's Frankfurt (Oder) factory can be recycled.

Of course, Germany is not the only country interested in photovoltaics, either in making such systems or in using them to generate electricity. Around 136 countries are said to be in the process of adopting pro-solar legislation and many of them have adopted models that are similar to the German one.

According to Signet Solar's Prasad, "Many others are trying to replicate the German success but it will take time. No other country has the combination of solar PV installation, solar PV research, and solar PV manufacturing that Germany has today."

Such a situation is likely to change, however. Countries such as China and India are building up their manufacturing capacities. And 'sun-belt' countries like Portugal and Spain have already installed solar farms in the 10-40 MW range. Meanwhile, California utility companies are expected to use PV technology to meet the state's mandate that utilities provide 20 percent of their power from renewable sources by 2010.

"One of the main issues in PV is when the energy derived from the sun will be equal in price to that derived from fossil fuels," points out Invest in Germany's Segeth. "This will happen between 2010 and 2015 for most of Europe but it will happen first in southern Europe. Then it will be competitive without subsidies."

Siân Harris
Siân Harris is a science and technology journalist based in the UK.