Bredas is internationally recognized for groundbreaking contributions in the field of organic semiconductors. He has been ranked among the 100 top chemists in the world, the 100 top materials scientists in the period 2000-2010, and the most highly cited researchers in 2018.

Bredas will be a plenary speaker at SPIE Optics + Photonics, where he will discuss organic photovoltaics.

What have non-fullerene acceptors brought to the organic photovoltaic field?

The emergence of non-fullerene acceptors (NFAs) as a major component in the active layers of organic solar cells has resurrected the field of organic photovoltaics (OPV). I recall that these active layers require the use of an electron donor component (often a polymer) and an electron acceptor component, which for a very long time has been a fullerene derivative. By the early 2010's, the OPV field was stagnating and many were losing faith in it, especially with the advent of perovskite solar cells that in a few years reached well over 20% power conversion efficiency while the fullerene-based organic solar cells were stuck below 12%.

The synthesis, reported in 2015, of the ITIC non-fullerene acceptor (by the group of Xiaowei Zhang at Peking University) completely changed the landscape. The combination of polymer donors and new NFAs has now led to efficiencies above 18%, with 20% a realistic achievement in the coming months (or even weeks). In comparison, the best crystalline silicon solar cells have efficiencies on the order of 26.5%. 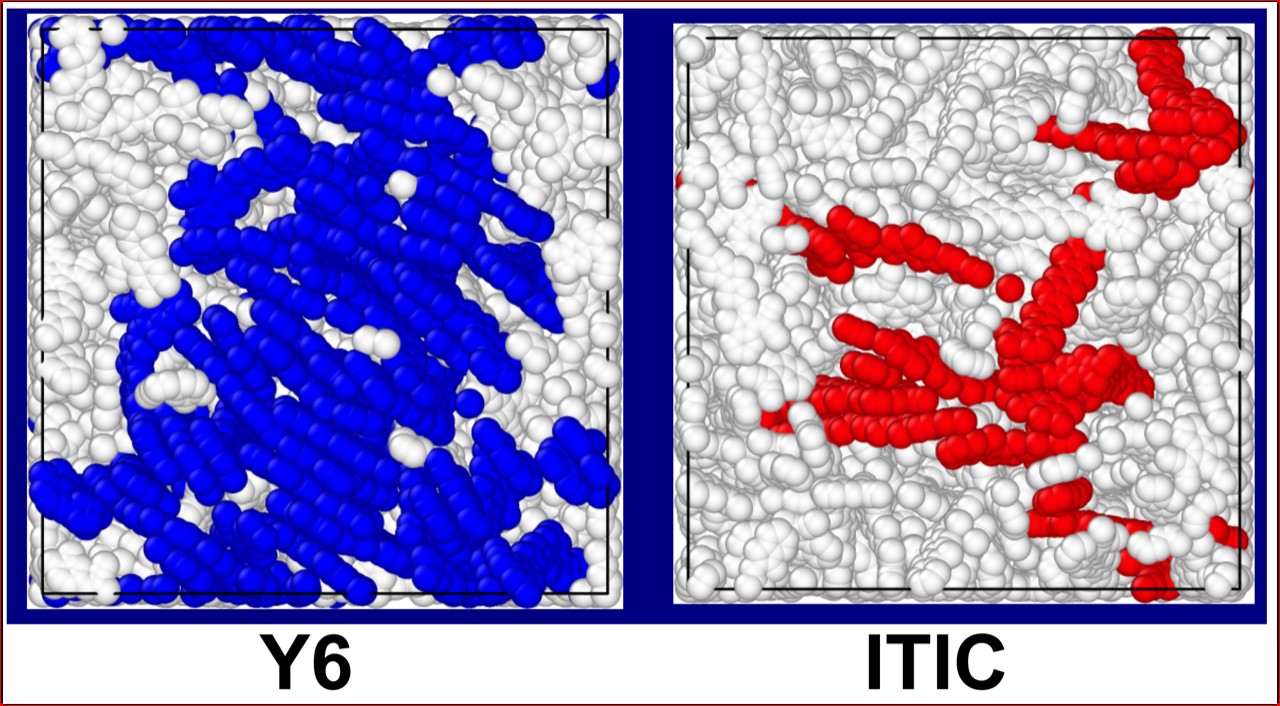 Besides the efficiency aspects, what is also fascinating is the very rich chemistry and physics around organic solar cells, which makes the combination of efforts from basic science to engineering all the more important. This is why symposia such as SPIE's are very relevant.

What are some of the advantages/drawbacks when using NFAs in organic solar cells?

Among the advantages, efficiency is of course a prime component. Also, what makes the situation more complex but as well more promising than with fullerenes, is the much higher tunability of the chemical and geometric structures of the NFAs.

That tunability can possibly become an important element in the quest for more stable morphologies of the active layers.

What makes pi-conjugated polymer or molecular materials special? How might their various applications be explained to a mainstream audience?

What the pi-conjugation in these materials means is that their electrons that are most easily accessible via application of an electric field, or an optical radiation, or a magnetic field — the so-called pi-electrons — can easily delocalize along and between the molecular or polymer backbones. This is what makes these materials strongly electrically or optically or magnetically active and has led to the emergence of the fields of organic electronics, photonics and spintronics. In addition these materials can be processed in the form of thin, conformable films; hence, the advent of flexible electronics.

Other important fields under intense development are organic bioelectronics, where pi-conjugated organic materials are used for sensing of biological activities (including in the brain) or as electronic skins.

The possibility and reality of harnessing solar energy holds great promise for our more sustainable-energy future. What do you see as the next big jump forward in this area?

We can first consider what happens on a very large scale, such as the contribution of photovoltaics to the electricity demand world-wide. It went from 1% in 2014 to over 3% in 2019 and keeps increasing, stimulated by the lower cost of silicon cells, modules, and installations. We can hope that engineering advances (in particular, in preventing many of the losses that occur when going from single cells to modules) will keep boosting the share of silicon photovoltaics in overall electricity generation.

At a more local level, organic solar cells can prove useful. For instance, thin organic photovoltaic films on the windows of a building can absorb part of the solar radiation, thereby preventing it form from heating the rooms and at the same time producing some electricity. Wearable (and washable) organic solar cells on the clothing of a person can help generate power to recharge portable devices as the person walks in the sun.

In all instances, what is needed is an efficient coupling between power generation, power storage, and power distribution.