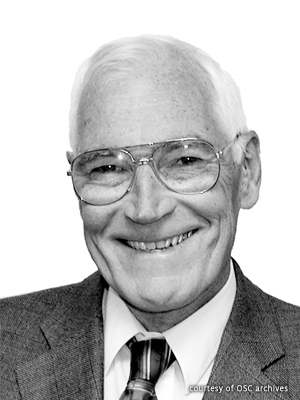 SPIE Fellow H. Angus Macleod, professor emeritus of optical sciences at the University of Arizona (UA), passed away on 29 April at the age of 87.

A native of Scotland, Macleod studied natural philosophy at the University of Glasgow. "Nowadays they've started calling it physics and astronomy, but in those days, it was natural philosophy — in Kelvin's day, also," Macleod explained in a 2002 interview with the Society of Vacuum Coaters. "It was a four-year honors course, and having finished that, there really wasn't much science-based industry in Scotland to join. So I headed south, much to the dismay of my relatives who thought that going to England was very much going to a foreign country — and one that wasn't perhaps quite as good as Scotland."

In 1969, he wrote Thin-Film Optical Filters, an introduction to thin-film optical filters for both manufacturers and users. After the book's success, Macleod transitioned into academia. He spent some time teaching in France as professeur associé at the University of Aix-Marseille, and was awarded the degree of Docteur Honoris Causa by the university in 1997. He has over 200 publications in the area of optical coatings, but is probably best known for his optical-filters book, now in its fifth edition.

In 1979, he was offered a position at the Optical Sciences Center (now the Wyant College of Optical Sciences) at UA. In a 2016 interview at UA, Macleod spoke fondly of his good luck in have "exceedingly brilliant students" from around the world. "China was emerging from the Cultural Revolution when higher education had been suppressed," said Macleod. "To correct this, a national program of visiting scholars was established. This allowed experienced, but under-qualified, scientists from China to spend usually one to two years in a US University laboratory. At the time, I had a number of students from Taiwan in my group and, although relations were strained between the two countries, the Chinese visiting scholars mixed and worked happily together with the Taiwanese students in optical coatings. I have always felt that education and educational institutions play a very important role in bringing people from different countries together for a common good." 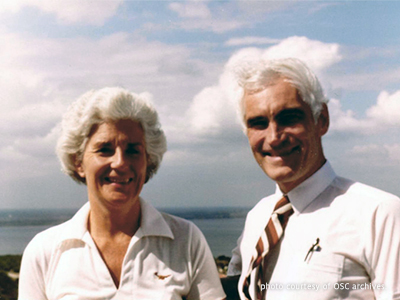 In 1986, while still at UA, he co-founded the Thin Film Center, Inc., which provides software for design, analysis, and manufacture of optical thin film. In 1995, he retired from teaching to focus on the company full-time, although he taught a course on "Optical Thin Films" once a year at UA.

A long-time SPIE Member, Macleod was awarded the SPIE Gold Medal in 1987. He also served as an author, conference chair for SPIE Optical Systems Design, and instructor of courses on thin-film optical coatings.

Read more in Reflections from the Wyant College of Optical Sciences.