Successful negotiation will result in a new landscape.

The Lasers & Photonics Marketplace Seminar, hosted by Pennwell's Laser Focus World, takes place on the Monday between SPIE BiOS and SPIE Photonics West. This year's presentation by China specialist Dr. Bo Gu was of particular interest not merely because it was the eve of Chinese New Year - we have just entered the Year of the Pig: 4717 - but because Sino-US relations have been sorely strained by trade sanctions and increasing mistrust between these two giant trading blocs.

Gu commented, "Political and trade tensions between the US and China are much in the news, often obscuring the deep links and market relationships between China and US and European companies."

He said China's GDP in 2018 was equivalent to $13.5 trillion (or 16% of the world economy), compared to the US figure of $20.5 trillion (24%). But Gu pointed out that China's growth rate was almost 7%, against the US figure of 3.5%, and furthermore that in 2019 the value of China's economy will surpass that of the Eurozone. "So together these big two markets account for 40% of world trade, which is why I think it's so important that these countries learn how to deal with each other," he said. "Access to finance in China is difficult, which is limiting the potential of Chinese SMEs to purchase laser equipment."

Another trend he noted is that the types of lasers that the Chinese buyers import are going up in power as the capability of the domestic Chinese market to produce higher-power lasers grows. He commented, "The only frontier left for international exports to China is what I call the 2kW laser and above, which are now under development in China. A factor limiting the potential here is still that above the 20kW level, the market is much smaller."

Considering the potential resolution of the tensions between the US and China in relation to high-tech and laser trading, Gu presented results from several recent studies that showed the persistence of what he called a "love-hate relationship - but still an important relationship."

One of Gu's key conclusions from his analysis of the Sino-US business landscape is that even though the Chinese laser industry enjoyed a good 2018, the slow-down in the economy and uncertainty due to the trade war "points to a bumpy 2019 - unless there is a resolution soon."

On the upside, he said that successful negotiation between the two countries "will result in a new landscape with more opportunities in China for US companies, and that Chinese companies will in turn be seeking US partners to access the US market."

Matthew Peach is a contributing editor to optics.org and director of Original Content Ltd. A version of this article appeared in the 2019 Photonics West Show Daily. 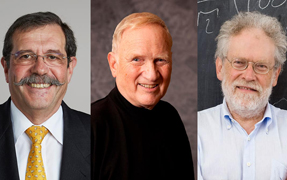