3D printing in space could have repercussions in manufacturing, machining, and space exploration.

"Imagine a world in which you print instead of machine your parts." This statement was put to the audience during a presentation at SPIE Defense + Commercial Sensing in April. Part of the Additive Manufacturing for Space Access session, this talk featured the work of Jacob Reimers, an undergraduate student at North Dakota State University (NDSU).

Reimer's research focuses on fused filament fabrication (FFF) 3D printing in space. FFF 3D printing could be a practical solution to reducing the mass and volume required for bringing materials into orbit.

This capability could bring a fundamental change to space missions. Materials could be launched in a compact, raw form and transformed into the requisite parts and structures, as needed, allowing more material to be transported in a given volume of space -- as compared to packed finished spacecraft.

Structures could be designed for only the orbital microgravity environment, which means they wouldn't need to be as durable as on Earth, so would require much less mass. This could make space missions significantly less expensive or have additional capabilities for the same cost. 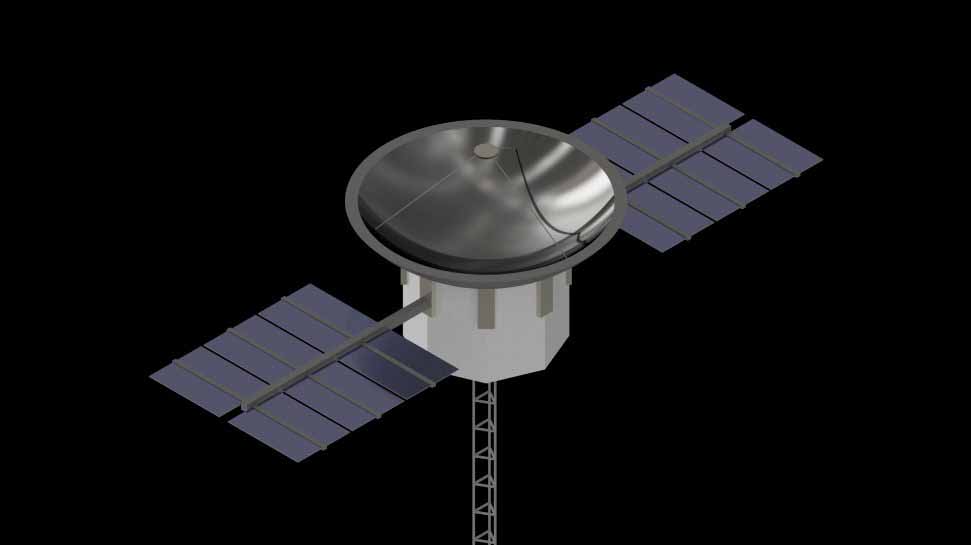 
This research included finding the proper material for 3D printing in space.

"As we continued this work, there was a general consensus that Aluminum was the material of choice," said Jeremy Straub, assistant professor of computer science, and NDSU faculty mentor this project. "However, aluminum doesn't have a molten state -- it goes directly from solid to liquid."

This is problematic for FFF 3D printing, as this molten state is how the filament is deposited to bond. As noted by NDSU undergraduate Brandon Rudisel who gave the presentation, an element used for FFF 3D printing needs to hit a ‘Goldilocks zone' of not too hot or cold." This point, called the "glass transition temperature," causes the filament to exhibit pseudo-solid properties.

"We identified a metallic glass material that contained aluminum and had a number of properties that were similar to, or better than, aluminum," said Straub. The aluminum alloy consists of aluminum, nickel, and yttrium and is created by melting the three elements together and cooling them at a specific rate. This metallic glass would then be made into a pellet, to prepare it for its transformation into a filament used by a printer.

"We don't have testing results on this yet," Straub added, "however, we believe the material will be stronger than aluminum."

In terms of what could be printed with this technology, Straub points out that the list of possibilities is "pretty expansive." For example, a structure could be created on demand, in space, to house sensors. This structure could be further customized via lens placement with 3D printed supports, etc. Using a cache of sensors kept on orbit to support rapid missions, they could then be placed with very little delay.

"It's a technology that has the potential to create faster, more capable, and lower-cost space missions in Earth's orbit and beyond," said Straub.