Breakthrough of 2019: Darkness Made Visible

A simulation of matter swirling around the black hole at the center of Messier 87 and radiating at different wavelengths. A bright ring of light orbiting the black hole’s shadow shines through the haze, and green tendrils of a powerful jet stream from its pole. Lia Medeiros/Chi-Kwan Chan/Dimitrios Psaltis/Feryal Ozel/University of Arizona/Institute for Advanced Study

The evocative first image of a black hole is Science's 2019 Breakthrough of the Year.

"We've been studying black holes for so long that sometimes it's easy to forget that none of us has ever seen one," said National Science Foundation director France Cordova during an April press conference in Washington, D.C. A few days earlier, astronomers had announced that an image of the unobservable had finally been captured.

"We are delighted to be able to report to you today that we have seen what we thought was unseeable," noted project director Shep Doeleman of the Harvard-Smithsonian Institute for Astrophysics at the same press conference. "What you are seeing is evidence of an event horizon ... we now have visual evidence of a black hole."

Massive, ubiquitous, and in some cases as big as our solar system, black holes hide in plain sight. The effect of their gravity on objects around them and, lately, the gravitational waves emitted when they collide reveal their presence. But no one had ever seen one directly — until April. That's when an international team of radio astronomers released a startling close-up image of a black hole's "shadow," showing a dark heart surrounded by a ring of light created by photons zipping around it.

Heino Falcke of Radboud University in Nijmegen, the Netherlands, a member of the team that produced the image, said the first glimpse felt like "looking at the gates of hell." 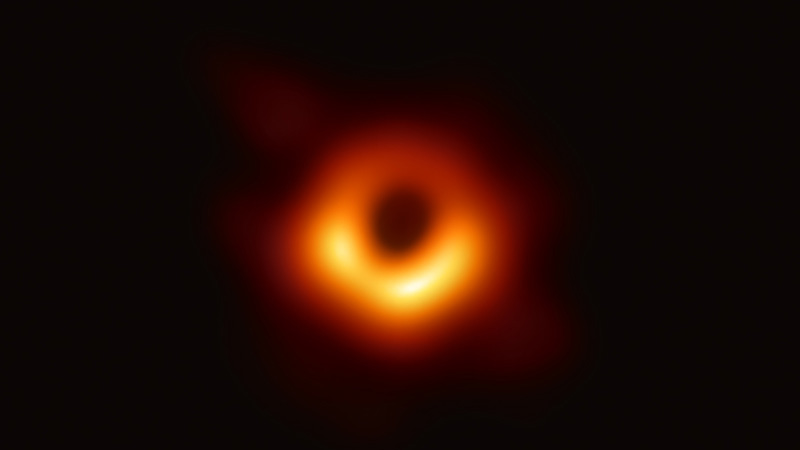 For astronomers, the image is a validation of decades of work theorizing about esoteric objects they couldn't see. "I'm still kind of stunned," says astrophysicist Roger Blandford of Stanford University in Palo Alto, California. "I don't think any of us imagined the iconic image that was produced." In fact, until recently few astronomers imagined such an image was even possible. Black holes are very small by cosmic standards and by definition emit no light. When they grow to gargantuan masses, as happens in the centers of galaxies, the swirling mayhem of gas, dust, and stars stirred up by their extreme gravity creates an additional barrier.

But two decades ago, a handful of astronomers began to wonder whether the hot swirling gases close to a giant black hole's edge, or event horizon, might make it visible.

Why the Milky Way's Black Hole is a Picky Eater

Prospects for a space-based gravitational-wave observatory

Approaching the event horizon of a supermassive black hole